The Taking of Larchmont 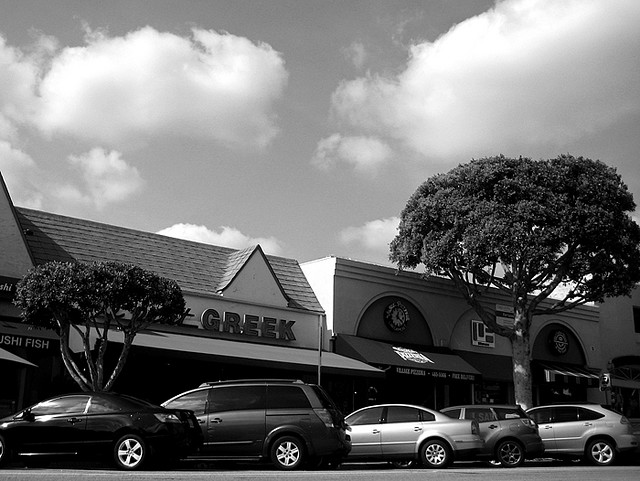 Mizrahi is an infamous name around the Larchmont neighborhood, and it has nothing to do with fashion. The LA Times wrote back in 2008, “The turmoil is due in large part to a Westside developer, Albert Mizrahi, who has purchased four buildings on Larchmont — and, according to local merchants, is eyeing more. He has asked current occupants to leave or has jacked up their rents so high that it is impossible for them to stay.”

The most controversial business thus far has been the (ahem) furniture store/restaurant, Larchmont Bungalow, but the Mizrahi name is also associated with Twirl, Library and Hardwear. They own many buildings like the one housing Sam’s Bagels.

According to the Larchmont website, a criminal arraignment is scheduled for January 20 against Larchmont Bungalow. The Bungalow recently lost its case against the City of Los Angeles. As explained on the Larchmont site,

When Bungalow opened in October 2009, they did have seating for dining, and so their permit was REVOKED. They appealed, and their APPEAL was DENIED. Instead of working with city agencies to bring the establishment into compliance with the law (i.e., follow the terms of the legal affidavit that was signed), Bungalow decided it could preclude criminal charges by suing the city, saying that the permit was improperly revoked.

Even to this day, Bungalow has NOT received ANY permit from the city that would allow it to operate legally. That is why the city attorney’s office has filed criminal charges for its blatant disregard of business requirements that every other restaurant painstakingly fulfills.

It’s interesting that they would claim to be a furniture shop when their own website describes them as” An eco-friendly restaurant cafe” and offers up a menu featuring vegan fare, a bison burger, and hey…they have poutine! Or maybe I better wait on that poutine. According one Larchmont resident,  “Aside from the horrible prices and Monopoly-style gobbling of real estate on the Boulevard, four cases of food poisoning are pretty hard to ignore. The local businesses have an unofficial list of Mizrahi-owned businesses to boycott if you ask.”

2 Responses to The Taking of Larchmont