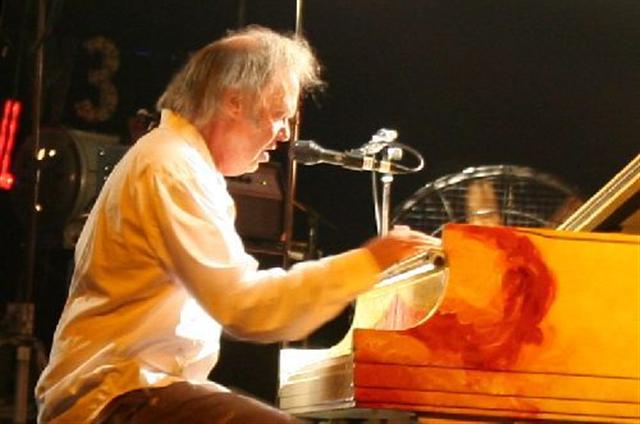 Reports of new albums from long-disbanded outfits inevitably mean a mix of intrigue and fear. While the possibility of tasting something you haven’t had in a long time and really miss, there’s also a fear that the flavors will be muddled, the old chefs no longer up to the job, which might cause you to question whether it was really that great in the first place.

Two of LA’s most esteemed outfits with albums on the way have issued online previews of their new material, and first impressions for both are highly positive.

A new Van Halen album in 2012 seemed like a losing proposition to anyone familiar with the last four or five Van Halen albums, which found the band playing away from their strengths and veering into furniture-commercial territory. But the tracks from A Different Kind Of Truth previewed on ESPN.com mostly show the band in full roof-raising mode, and tracks like “As Is” and “The Trouble With Never” would have sounded right at home on 1984. If “Stay Frosty” sounds like an “Ice Cream Man” reference, guess what: it’s a boot-scootin’ boogie that starts out as acoustic guitar/ vocal duet. While it’s not a great leap forward creatively, it’s VH making the kind of VH music I like, and sounding good doing it, which is considerably more than I expected.

Neil Young currently has a thirty-seven minute stream up on his website titled “Horse Back” and dating from January of this year, presumably from the Crazy Horse album sessions for what could turn out to be two new albums, their first in nine years. The track starts out as a lazy variation on “Fuckin’ Up” before mutating into something else altogether, and there’s about a three minute stretch where Ralph Molina keeps trying to find the one with Billy Talbot, and NEVER gets it. But the band plays on… they never get it right but they don’t stop either, and in that three minutes you can hear everything that makes Crazy Horse what they are. They may not have the ability to lock into the same groove, but they’re still going. still trying to make it work. After this they slip into “Cortez The Killer”, and take a few bars to find their way with that one too, but once they do, it’s gorgeous, a transcendent take with the most fucked-up beginning you ever heard.

It’s the kind of moment that most artists would leave on the cutting room floor, if they even let tape roll for it at all; Neil turns it into the hype for his new album. God love him and Long Love The Horse.