One Night with Janis Joplin: Opening Night at the Pasadena Playhouse 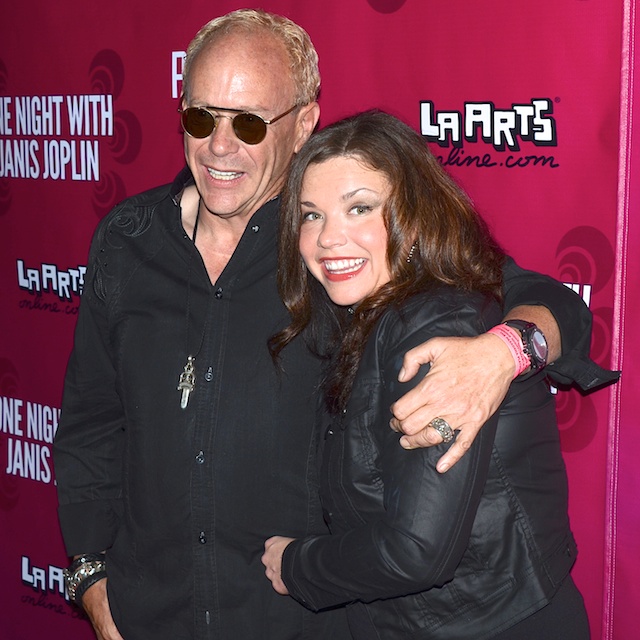 Randy Johnson and Mary Bridget Davies. All photos by Billy Bennight for the Los Angeles Beat

Out of the hurly-burly cultural revolution of the 1960’s that changed America and manifested itself in popular music were 3 larger than life icons of that period: Jim Morrison, Jimi Hendrix and Janis Joplin. All have resonated culturally to transcend through the years and cultural changes as larger than life figures we all recognize  but I find Janis Joplin the most mysterious and enigmatic of them all. This last Sunday at the Pasadena Playhouse I saw “One Night with Janis Joplin” where the enigma of Janis Joplin unfolded in a 2 hour performance portrayed by Mary Bridget Davies and created by Randy Johnson. Mary Bridget Davies portrayed an intimate and compelling story of Janis Joplin’s life and performances.

One Night With Janis Joplin has a way of drawing you in and making you feel you’re finally getting that piece of Janis’ heart you may have felt you’ve missed out on for all these years. What I couldn’t gauge from concert footage or from the music itself was the electricity, the passion or the persona of Janis Joplin. I found when you were there and Janis inhabited the stage, where you can feel her heart and soul, it becomes evident of gravitas she brought to the stage. Mary Bridget Davies delivered that experience in spades! I finally felt locked into Janis, her wit and her charm was so effectively played by Mary Bridget Davies. When Davies sang and moved she had Janis’ moves, expressions and body language down to the point I became lost in the intimacies of her character. I was enthralled by Davies’ Janis Joplin as she recounted moments of her life with anecdotal styled stories and conversations that embrace her memories and those emotions they created.

Photo Gallery at the Jump

Sabrina Elayne Carten carries the parts cronicling Janis Joplin’s musical influences and inspirations that include: Odetta, Bessie Smith, Etta James, Nina Simone and Aretha Franklin. When Sabrina enters the stage singing Gershwin’s Porgy and Bess I found her performance revelatory and spot on! Sabrina’s Aretha is highly energized and entrancing as she lays out the grove of Spirit in the Dark. Sabrina as the Queen of Soul wound the house up with Spirit in the Dark and rallied everyone to their feet when she meets the Queen of Rock N Roll, Davies’ Joplin, for an explosive duet. Sabrina’s Aretha draped in flowing satin and Davies’ Joplin, at her glam peak, with father boa in her hair and rocking jewel tone velvets go for a no holds bared sing-a-thon. Those two iconic musical figures brought the crowd to a full tilt boogie as The Queen of Soul and The Queen of Rock N Roll knocked it out with call and response exchange of scorching vocals and verses, in the rarefied air of two vocal giants, who challenged one another to reach new exalted heights of power and passion!  This brought the Pasadena Playhouse down and ended the 1st act.

The 2nd act is no less passionate. Davies’ Joplin returns more energized to strom the stage with urgency, hands clapping, as she ripped into Try (Just A Little Bit Harder). Davies’ Joplin then spoke of the power of the Blues when she says, “It missing things that could have been”, as part of the introduction to the moody song Maybe. Soon the theme turns to the prospect of death when she introduces Rockin My Way to Heaven. Davies’ Joplin instructs the audience, that no one want to die and she plans on being here for a long time! From there on it builds to the ending climax where Davies’ Joplin knocks us out with riveting performances Bobby McGee and encores Mercedes Benz. A slam dunked fanale that brought all in attendance to there feet for the rousing encore that sent the show into the Kozmic Blues Stratosphere! One Night with Janis Joplin is a must see and will close April 21 if you want to catch wondrous night of solid Rockin! 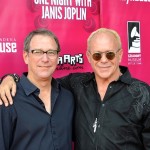 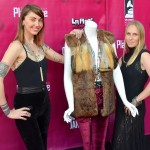 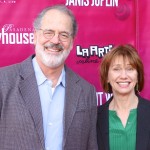 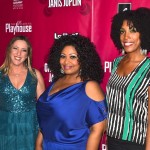 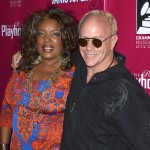 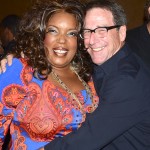 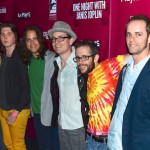 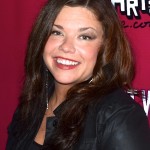 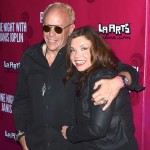 All photos by Billy Bennight for the Los Angeles Beat

Billy Bennight is a writer, photographer and wardrobe stylist with expertise and years of experience in these disciplines. His musical youth started as a Punk Rocker and has expanded into exploring many genres of music, with an keen interest in art, fashion, photography and writing. He shoots celebrity events and red carpets for The Photo Access and ZUMA Press. He is a member of the Los Angeles Art Association. His images have been published in The Los Angeles Times, People Magazine, Wall Street Journal and Vanity Fair. He's very engaged in life. You can follow him on his Facebook page at: www.facebook.com/billybennightartist and on Instagram and Twitter @billybennight
View all posts by Billy Bennight →
This entry was posted in Events, Fashion, Music, Theater and tagged 60's, Big Brother and the Holding Company, Billy Bennight, Blues, Death, died, Electric, female, Hollywood, Icon, Janis, janis joplin, Katie Kay Mead, Kimberly Yarbrough, love, Malyn Joplin, Margaret Joplin, Michael Joplin, Musical, One Night with Janis Joplin, overdose, Randy Johnson, Rock, Ron Gwiazda, Sabrina Elayne Carten, Shay Saint-Victor, Sheldon Epps, singer, sixties, Tracia Kelly, Young. Bookmark the permalink.

One Response to One Night with Janis Joplin: Opening Night at the Pasadena Playhouse