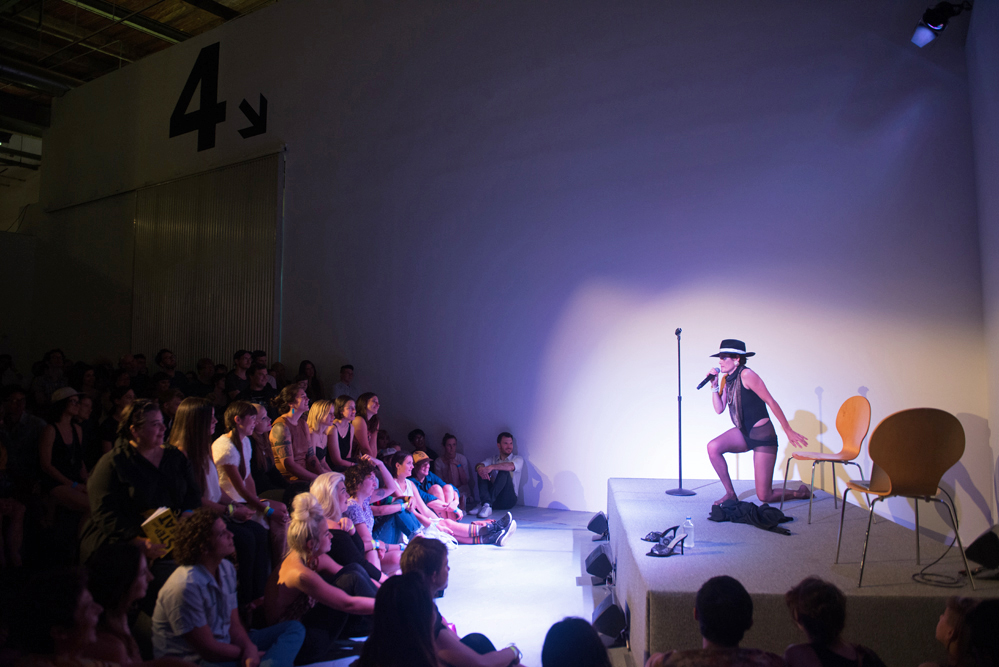 Opening night of Step and Repeat brought a series of performances on numbered stage/performance areas inside the spacious Geffen. It was interesting to see a diversity of performances from spoken word, dance, poetry, music, comedy and a cross section of all them.

According to MOCA,“Step and Repeat announces MOCA’s return to live arts programming, a crucial part of the museum’s historical identity. In the spirit of the upcoming series, we’re looking back at performances at The Geffen.”

Performance art can be a bit polarizing. Some champion it, while others dismiss it. Not all performance art is defined by rolling an American flag into a burrito then smashing a few mirrors in mime make-up. (Huh? Wow! vs. Wow! Huh?) However, a live performance (art, music, dance, poetry, etc.,) unfolds within the moment and creates an interaction between performer and audience.

It’s encouraging to see MOCA’s programming include the experience of performance art with Step and Repeat. Don’t miss out on the next Step and Repeat this Saturday!

For tickets and more information on the series, visit the Step and Repeat site.

This entry was posted in Art, Music, Theater. Bookmark the permalink.