The Dream Syndicate at The Echoplex Saturday 11/22 – Language, Logic and Punk 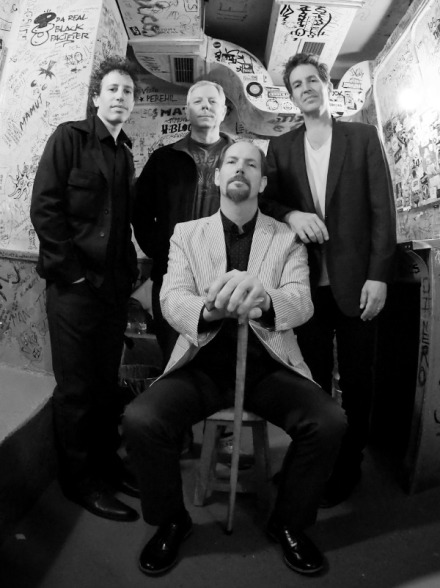 So here we are, over halfway through November. Less than six weeks left in 2014. With the looming arrival of Hanukkah and Christmas, perhaps some druid ceremony or another, or simply the turning of the last page on the calendar come December 31, the softer souls among us will use this time to contemplate confession, atonement, repentance and the chance to start again. But some of the (more interesting?) others will, like Camus’ stranger, prepare themselves to stare the future in its face and dare destiny to make the first move. And THAT party will be this Saturday (November 22, 8:30PM) at the Echoplex with The Dream Syndicate taking the stage for what will most assuredly be one of those shows of which you are either going to say “One of the very best things to happen in LA all year” or “I can’t believe what I got sucked into doing instead of seeing that one!” I’m gonna choose the former.

After a 20 plus year absence, minus a couple of stateside one offs and a European tour in 2013, one of the seminal bands of the post punk / new wave movement is returning to the city where so much of their music was made. The Dream Syndicate brought guitar driven energy and the exuberance of life to everything they touched. And they did it with a combined sense of literacy and provocation that more than one artist who shared that era or came after sought to emulate – if not downright copy. What very few of them understood, much less captured, was the sensibility of a tough and empathetic rhythm section setting a heart thumping, sensual foundation against which an immensely talented lyricist/composer/musician and a crazed, risk taking guitarist would break the world into fragments and reassemble it in a way that left a listener leaving a show ready to ask life some impertinent questions of their own.

The Dream Syndicate was the real deal. And as much as any band of that or any era their music still stands up and prevails against the usual pitfalls of sounding dated due to the material, the instrumentation or the recording / production values. The music was raw and true then. If you think life, or the world, has changed all that much, come listen and see what a little raw truth feels like today. The current line up of founding members Steve Wynn (guitar and vocals) and Dennis ‘Duck’ Mehaffey (drums), bassist (since 1984) Mark Walton and the terrific guitarist Jason Victor, who also plays in Steve’s ‘The Miracle Three’ is a powerful group of extremely talented players and music fans in their own right.

I had a chance to speak with Steve Wynn this week about the band, the tour and Saturday night’s show. But the first question I had to ask was one that has interested me for a while

– what was he majoring in at UC Davis?

Steve Wynn: Rhetoric. It seemed like the key to the universe. I was pretty sure that if I understood rhetoric I was going to be able to take on the world. And it was a terrific class, in more than one way – because that was also where I met [future Dream Syndicate bassist] Kendra Smith. We had that class together. And we were both DJ’ing at a radio station. We found out that we shared a love for language and logic and punk.

JE: So you decided to form a band. What was your musical experience up to that point?

SW: I had been playing guitar since I was nine and in bands since I was fourteen. Kendra wasn’t a musician at that point but had sung in choir. We joined up with some other local players [singer Gavin Blair and guitarist Russ Tolman, later of True West] and started [a band called] The Suspects.

JE: Eventually you ended up back in southern California?

JE: It seemed like right from the start Dream Syndicate had this tremendous curiosity about the sonic boundaries of music.

SW: It really came naturally to us. Coming out of the 70’s with so much polished, studio music. There were so few people to look to. That was what appealed to us about punk. The energy and the rawness. The unpolished sound. The dissonance, the jagged edges. We were listening to The Fall. We liked the noise.

JE: One of the things that set Dream Syndicate apart for me was the intelligence and inquisitiveness of the lyrics with all of the roughness, the toughness, of the music.

SW: Well, it was there in other places. Even in some of the more polished studio stuff – like Bob Dylan playing this lyrical country-folk style music, with Michael Bloomfield just going crazy behind him. That really appealed to Karl.

JE: I have this image in your youth of an angry testosterone fueled attack.

JE: Yes – that was a poor choice of words on my part. It was a youthful exuberance, not defined by gender as much as by a willingness to question and challenge everything. I’ve heard some critics compare what you were doing to jazz. For me the idea of jazz always had a connotation of space, of emptiness between the instruments, and then the clarity of the notes – the improvisations on a guitar, a saxophone, a piano, whatever. But if I understand what you are saying – for you the improvisation in your music had to do with the sonic capabilities of the instruments as much as notes and scales. I’m not sure if I expressed that very well.

SW: We had a solid foundation. We had a rhythm section that was very good and we had a guitar player that was fearless and willing to go close to the edge.

JE: Willing to walk to the edge and look into the abyss.

SW: (Laughs) Willing to step out over the abyss and then walk back. And we have that now. We played a terrific couple of shows in New York. The crowd really energized us.

JE: Is that ever frustrating, to know that you may have created something sonically, in the moment that will never be duplicated again? That that moments combination of chording and feedback over that kick pedal and that crowd isn’t likely to happen again?

SW: We live for those moments. We are listening to what each of us is doing. In rock music, and I love rock music, it’s about perfecting a performance. You work out a song, you practice and then you go out and perform it. As opposed to listening to the room to the other band members. I love it that we may get to some climactic point that may never be duplicated again. It’s about letting everything go. It’s very physical. It’s cathartic. And it derives from playing the best music you know with a fearlessness about dealing with whatever happens.

JE: That brings me to a question that I have long wanted to ask you. You have a fairly unique stance about people recording your shows. Why are so many artists afraid of that?

SW: I wouldn’t play a venue that wouldn’t allow audience recording. I’m a live music fan. We all are. The music is the fun.

JE: So here we are today, or Saturday, you all have years of experience. How do you approach the music now?

SW: We’re better players. The boundaries are wider now. The territory we traverse to find those edges is greater.

JE: I want to thank you for the time you’ve shared this evening and just ask a couple of more questions for the ‘deep fans’. You have worked with some legendary names on the recording / engineering side of the business. Tell me about working with Elliot Mazer.

SW: Elliot was just fantastic. He of course worked with Neil Young. He has this incredible body of work. He did the mixing on [Big Brother and the Holding Company’s] ‘Cheap Thrills’. I loved that album. The 80’s weren’t easy. Labels wanted bands without rough edges. Elliot told us just to be real. To be alive. He really encouraged us.

SW: I can tell you I worked 7 days a week for 5 months with Sandy.

SW: Sandy was brilliant, challenging. Enigmatic. He was searching for that perfect magic. For something that was possibly unattainable – but he was going to get it.

JE: You have been very gracious with your time. Thank you Steve for the time and the great conversation. Can’t wait to hear the Dream Syndicate live in LA again. It’s where you belong.

Note: The text message I got from a friend at the Rough Trade show in New York last Saturday night was that ‘The Dream Syndicate is blowing the roof of the building.’ I’m looking forward to seeing how well the Echoplex has been retrofitted for a sonic quake with an epicenter right inside those four concrete walls this Saturday night in Los Angeles. Where it all started. We’re going down to the medicine show. 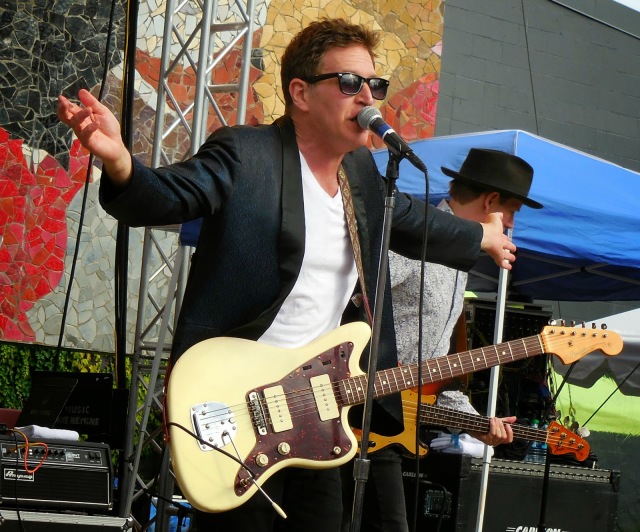 For information and tickets for Saturday nights show contact the Echoplex

For information about Steve Wynn and The Dream Syndicate

For information about Steve Wynn and The Dream Syndicate recordings

2 Responses to The Dream Syndicate at The Echoplex Saturday 11/22 – Language, Logic and Punk