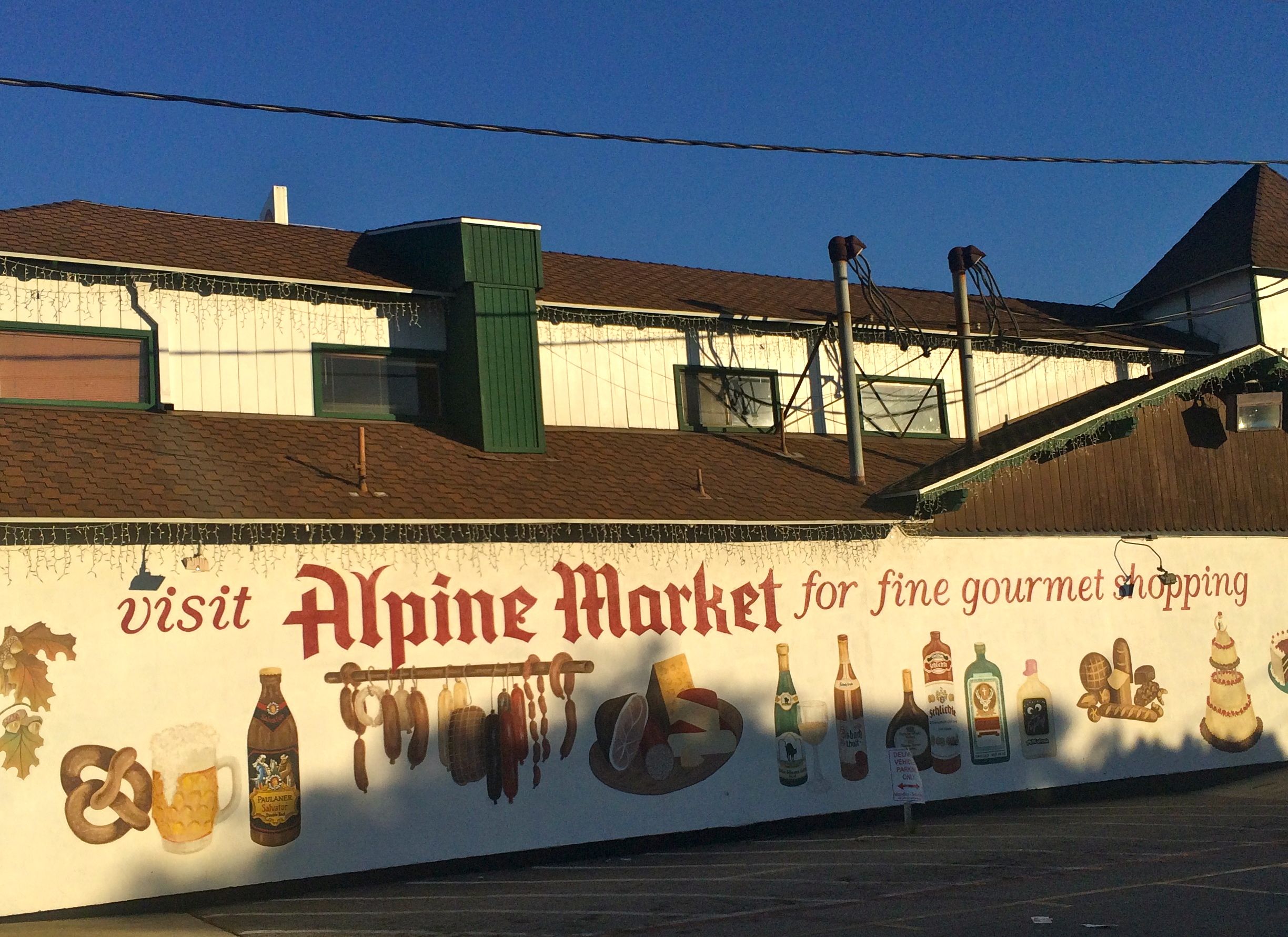 The Alpine Village in Torrance (photo by Nikki Kreuzer) 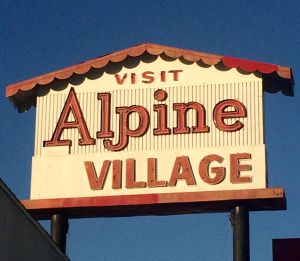 Got a craving for sausages, schnitzel, potato pancakes or a giant pretzel? How about an extra large side of kitsch served up with that schnitzel? A short trip down to Alpine Village, just off the 110 freeway in Torrance, should be able to get rid of that schnitzelly itch. Opened in 1968 as a touristy old world Bavarian restaurant and marketplace, Alpine Village seems slightly frozen in time, a throwback to a much simpler era. Although it is jam-packed in September and October with revelers at Oktoberfest loudly raising cold pints of Hofbrau, weekdays during the rest of the year can find this surreal gem pretty much deserted. At night live music invites dancing, ranging from oldies and standards to salsa and tribute bands. A visit is worth it however, just for the buffet-style Sunday afternoon brunch where you can stuff yourself silly with all your German favorites and enjoy a couple of beers for $21.95. 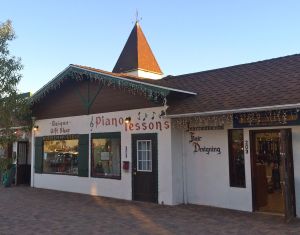 Behind the rather large and spread out restaurant, of banquet hall proportion, is a collection of old-European appearing shops which loop around a central courtyard. Built to resemble a village in Bavaria, several of the shops still honor the original old-timey theme: an antique clock shop, several German gift shops, a store specializing in bronzes and arms, and a quaint little wedding chapel. Yet other stores in the “village” have filled their vacancies with specific 21st century needs: a traffic school, a hair salon, an insurance agency and even a dentist. 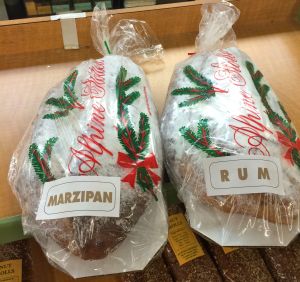 Fresh bread at the Alpine Market (photo by Nikki Kreuzer)

The Alpine Market, across the parking lot from the restaurant, is definitely noteworthy, especially for lovers of specialty food products. Filled with goodies, such as a full aisle of German and Swiss chocolate and candies, and a whole section of imported beers and wines, it also contains strange foreign products bizarre to American eyes: cured bock-wurst in a jar, anyone? Boxed spaetzele? With a full meat and cheese counter and a bakery selling fresh breads, baked on premises, interlaced with marzipan, rum, or poppy seed butter as well as traditional German cookies and pastries, it is a gourmet’s delight. 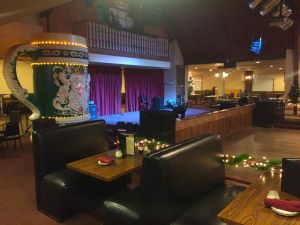 Back inside the restaurant’s ornate front doors, you can sidle up to the long bar and order one of 20 on-tap selections of German, Belgian or craft beer. Or instead choose a black leather booth where you can peruse the menu for your favorite hausmade wurst or schnitzel. Vegetarian bratwurst is even available to the non-meat eaters in your party. Other traditional favorites include red cabbage, sauerkraut, spaetzle, goulash, sauerbraten and apple strudel. And don’t forget to have a photo op with the giant German beer stein poised next to the stage. 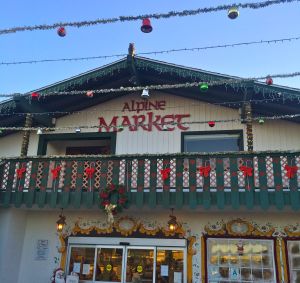 Nikki Kreuzer has been a Los Angeles resident for over 30 years. When not working her day job in the film & TV industry, she spends her time over many obsessions, mainly music, art and exploring & photographing the oddities of the city she adores. So far she has written 110 Offbeat L.A. articles, published at the Los Angeles Beat. As a journalist she contributes regularly to LA Weekly, Blurred Culture and The Los Angeles Beat and has also been published by Oddee.com, Twist Magazine, Strobe and Not For Hire. Nikki is also a mosaic artist, radio DJ and published photographer. Her photography has been featured in exhibit at the Museum of Neon Art, in print at the LA Weekly and is part of an upcoming show at the Neutra Museum in Los Angeles. She has recorded with the band Nikki & Candy as bassist, vocalist and songwriter, directing and appearing in the 'Sunshine Sunshine Santa Claus' music video for the band. She co-hosts the monthly radio show Bubblegum & Other Delights on Dublab.com. Her acting credits include a recent role in the ABC-TV show 'For The People', 'Incident at Guilt Ridge', 'Two and a Half Men', the film 'Minority Report' and 'Offbeat L.A.', a web series, written and hosted by Nikki Kreuzer. Her writing, radio and video portfolio can be found at OffbeatLA.com, her photography work @Lunabeat on Instagram and her music history posts @NikkiKreuzer on Twitter. Find Nikki & Candy music on iTunes, Amazon or at NikkiandCandy.com.
View all posts by Nikki Kreuzer →
This entry was posted in Attractions, Food, Miscellanious, Offbeat LA and tagged Alpine Village, beer, German Food, Nicole Kreuzer, Nikki Kreuzer, Offbeat LA, oktoberfest, Torrance. Bookmark the permalink.

One Response to Offbeat L.A.: Kitsch & Schnitzel- The Alpine Village in Torrance