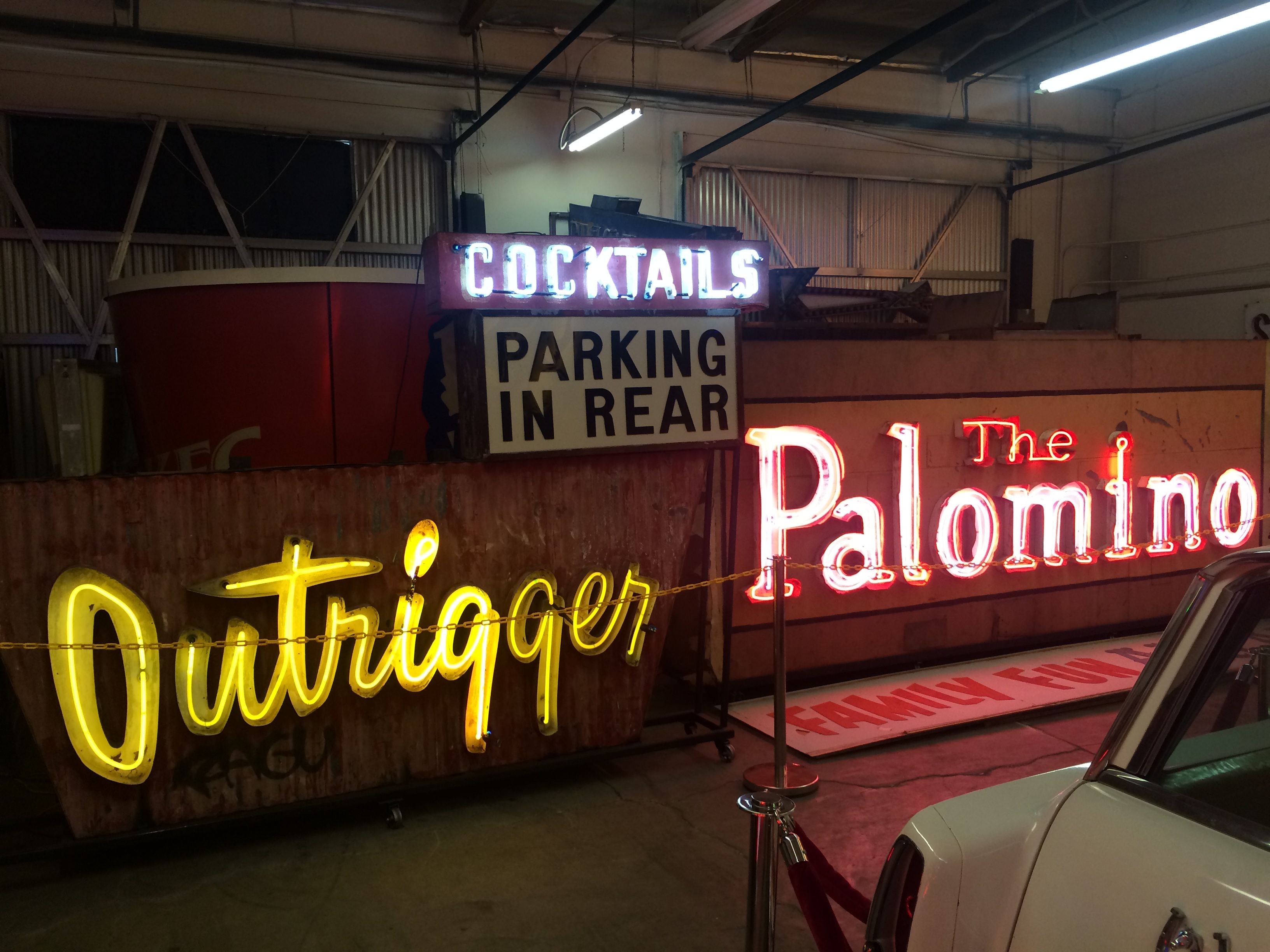 “On Ventura, there she goes
She just bought some bitchin’ clothes
Tosses her head and flips her hair…
Valley Girl, She’s a Valley Girl”- (1982) Frank Zappa 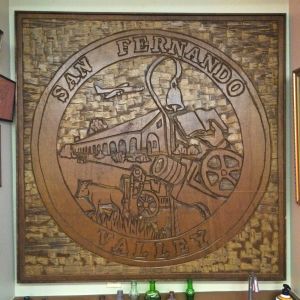 The San Fernando Valley, or just the Valley for short, really came into its own in the early ’80s. With a hit song snarkily quipped by 14-year old Moon Unit Zappa followed by a popular movie of the same name the next year, it was finally on the radar of the rest of the nation. Teens and tweens from coast to coast began cheekily peppering their conversations with like, totally and gag me with a spoon. Although the Zappas were just being Zappas, sarcastic and condescending, Valspeak,  in the early days of MTV, spread like a brush fire gone wild. Whether it liked it or not, this 260 square-mile collection of towns and neighborhoods surrounded by scrubby mountain ranges, now had an identity. 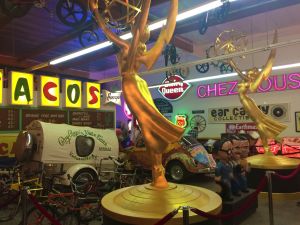 Once a wide open area full of expansive vistas, farms and ranches belonging to early Hollywood stars, by the ’60s and ’70s the Valley was paved and suburbanized, a bedroom community to the L.A. basin. The butt end of jokes by those on the other side of the hill who criticized it as being generic, much of the Valley’s rich history, amazing pop culture contributions and uniqueness was ignored, scoffed at or even erased. Valley history was considered a dark shadow compared to its shinier sister Hollywood.

“As I got older and things disappeared, it really started bothering me. I remember trying to explain to a friend, ‘There was this place… that place…’ I started to search and I realized there was no place to go for Valley history. The Valley preservation got pushed to the side. Any type of documentation is hidden underneath people’s beds. People are almost ashamed. The Valley got the shit end of the deal.” – Valley Relics Museum curator/founder Tommy Gelinas 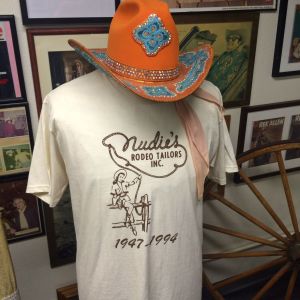 It took lifetime Valley Boy Tommy Gelinas, a Gen-Xer whose 1970s childhood memories include long gone BMX bike tracks, the first skateboard park, Skatercross in Reseda and the amusement park Uncle Ben’s Kiddyland  in Van Nuys to finally take a stand about the disappearance of his precious past.

“At a young age I thought, ‘Where is it all going?’ I honestly thought there was gonna be somewhere in the Mojave Desert- a graveyard of artifacts of things that used to be here. And the reality is that there was no preservation.”

To keep his memories alive, at first Tommy started collecting vintage Valley postcards. They were easy to handle and cheap. But he soon got the bug and his collection spread to pop culture memorabilia and eventually massive vintage signs. He began taking it upon himself to go on rescue missions when long established Valley businesses, restaurants or bars shut down. 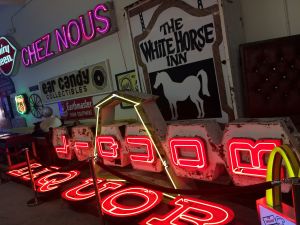 Tall, lanky and tattooed, Tommy has a rock-n-roll aura about him. He is full of stories and loves to share them with genuine enthusiasm. He has a contagious passion when he discusses his beloved Valley and it is only natural that his stupendous collection has evolved into the equally cool Valley Relics Museum. Opened October 2013 in a sizable warehouse and jam-packed with his fascinating and substantial Valley collectibles, Tommy is quick to mention that this is only about 50 percent of his collection. 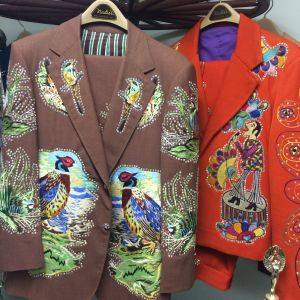 From match packs and photos to plates and glassware, Valley-made BMX bicycles and kitschy statuettes of Manny, Mo and Jack, this museum is a vintage lovers paradise and a walk down memory lane to anyone with substantial Valley roots. With a current display revolving around bigger-than-life Western wear tailor Nudie Cohn and his coveted Nudie suits and another exhibit highlighting the 1976 movie The Bad News Bears, filmed in the Valley location of Chatsworth, this museum hits the right cultural notes. Nudie’s granddaughter has even loaned a pair of her grandfather’s extremely flashy and tricked out automobiles to be on permanent exhibit here. Valley Relics was also entrusted to watch over two giant Emmy statues which have long flanked either side of the Emmy Awards stage. The Academy felt that Tommy was the proper caretaker during the 2 -year construction of their new 35 million dollar facility. 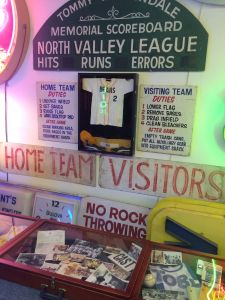 The Valley Relics Museum fills an important Southland history gap and Tommy seems to be the right man to oversee such an undertaking, not only because he has lived the Valley experience, but because he deeply cares. He has developed a strong social media following on Facebook and Instagram and among those there are the watchdogs, those who alert him to memorabilia that needs rescuing. Tommy responds and mobilizes, even investing his own money to rent equipment to save larger items.

“Every Valley person has a story. There’s a language of the heart for Valley people… It’s like hunting treasure. Everything I get has such an important meaning… I want to tell a story. I want to keep that history alive” 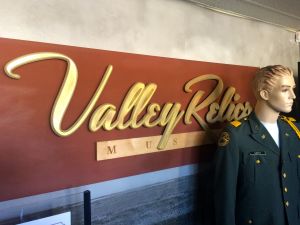 Nikki Kreuzer has been a Los Angeles resident for over 30 years. When not working her day job in the film & TV industry, she spends her time over many obsessions, mainly music, art and exploring & photographing the oddities of the city she adores. So far she has written 110 Offbeat L.A. articles, published at the Los Angeles Beat. As a journalist she contributes regularly to LA Weekly, Blurred Culture and The Los Angeles Beat and has also been published by Oddee.com, Twist Magazine, Strobe and Not For Hire. Nikki is also a mosaic artist, radio DJ and published photographer. Her photography has been featured in exhibit at the Museum of Neon Art, in print at the LA Weekly and is part of an upcoming show at the Neutra Museum in Los Angeles. She has recorded with the band Nikki & Candy as bassist, vocalist and songwriter, directing and appearing in the 'Sunshine Sunshine Santa Claus' music video for the band. She co-hosts the monthly radio show Bubblegum & Other Delights on Dublab.com. Her acting credits include a recent role in the ABC-TV show 'For The People', 'Incident at Guilt Ridge', 'Two and a Half Men', the film 'Minority Report' and 'Offbeat L.A.', a web series, written and hosted by Nikki Kreuzer. Her writing, radio and video portfolio can be found at OffbeatLA.com, her photography work @Lunabeat on Instagram and her music history posts @NikkiKreuzer on Twitter. Find Nikki & Candy music on iTunes, Amazon or at NikkiandCandy.com.
View all posts by Nikki Kreuzer →
This entry was posted in Attractions, Miscellanious, Offbeat LA and tagged Museum, Nicole Kreuzer, Nikki Kreuzer, Offbeat LA, San Fernando Valley, Valley Relics. Bookmark the permalink.