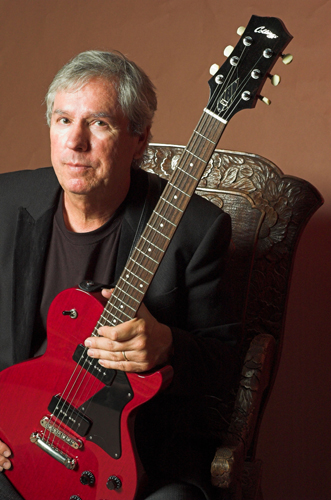 This Friday night presents no small dillemma for the proto-punk nut seeking live entertainment in LA. You’ve got the Dictators NYC (Manitoba and Ross but not Andy Shernoff) with the Angry Samoans at the Roxy, and you’ve got the Pagans supporting the first Humpers show in a dog’s age at Cafe NELA. But after much consideration, our vote for your weekend-detonating blast of raw power is going to the guitar player that actually played on “Raw Power”, Mr. James Williamson of the Stooges, in addition to the one that played on “Sonic Reducer”, Mr. Cheetah Chrome, at the Bootleg Hifi.

Williamson is evidently doing only this one show to celebrate his Re-Licked album, a collection of songs written but never properly released by the Stooges in the early seventies, such as “Head On”, “Cock In My Pocket” and “Heavy Liquid.” In place of the Igster, Williamson has pulled together a number of distinctive vocalists for the show, including Jello Biafra, Allison Mosshart of the Kills and Dead Weather, Bellrays chanteuse Lisa Kekaula, and others. It promises to be a one of a kind event, a celebration of songs most of us have only heard on distant audience recordings or dodgy cassette demos, given the full force of Williamson’s searing guitar. And it certainly doesn’t hurt that Dead Boys/ Rocket From The Tombs six-stringer Cheetah Chrome, one of Williamson’s most productive students, will be on the bill backed by LA’s own Streetwalkin’ Cheetahs, who will be likely combine songs from his most recent EP Solo with a few numbers from his distinguished past. Yes, it’s a steep cover, but considering how rarely we get to see these two men in our city, worth digging a little deeper than usual.

Photo by Heather Harris, taken from the artist’s website.