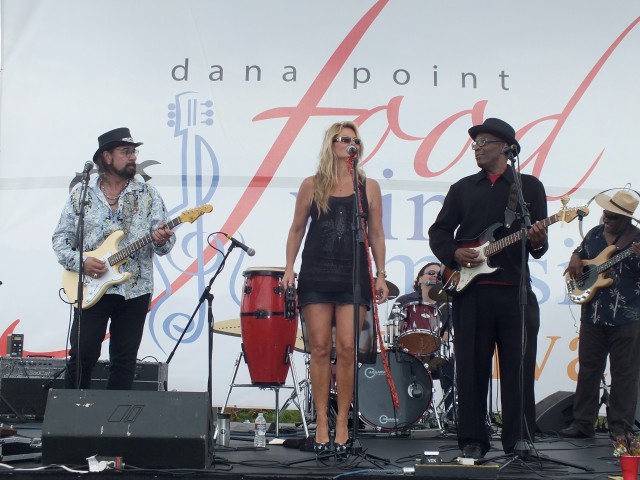 Bluespower rocked the Dana Point Food, Wine and Music Festival Saturday. A large crowd, enjoying tastes of wine from many different wineries as well as food as diverse as lobster, oysters, Persian cuisine, barbeque and German chocolates enjoyed the event. Bluespower really got the crowd dancing with covers such as Hendrix’s Stone Free, which featured guitarist Kenny Williams playing his guitar behind his head; and a soulful, excellent version of the Temptations’ Just my Imagination. The band’s original songs that blended funk, blues, rock and soul were also big hits with the audience. Overall, it was a good day for everyone; as a bonus, it was also a short walk to the beach from the event site.

Photo Essay after the jump 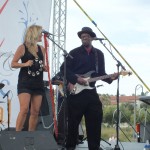 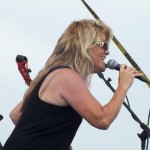 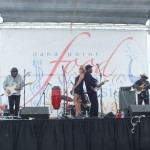 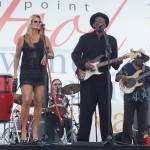 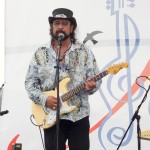 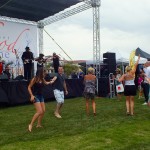 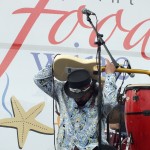 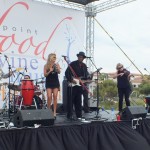 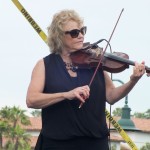 Ed is a native of Los Angeles who loves food and food cultures. Whether he's looking for the best ceviche in Colombia, the best poke in Hawaii, the best tequila in Jalisco or the best Taiwanese Beef Roll in Los Angeles, it's all good food! He also loves a good drink. He's had Mai Tais in Hawaii, Bourbon in Kentucky, Tequila in Mexico and Rum in Jamaica. His wine escapades have taken him to Napa, Sonoma, the Willamette Valley and the Santa Ynez Valley. And he's had beer all over the world! Music is another of Ed's passion, writing and interviewing many classic rock, rock and blues musicians. Getting the great stories of road experiences from them is a particular delight. Traveling also fits in with Ed's writing, exploring all over to find the most interesting places to visit, even in out of the way areas.
View all posts by Ed Simon →
This entry was posted in Events, Food, Music, Photo Essays and tagged Bluespower, Dana Point, Dana Point Food, Ed Simon, Kenny williams, Wine and Music Festival. Bookmark the permalink.