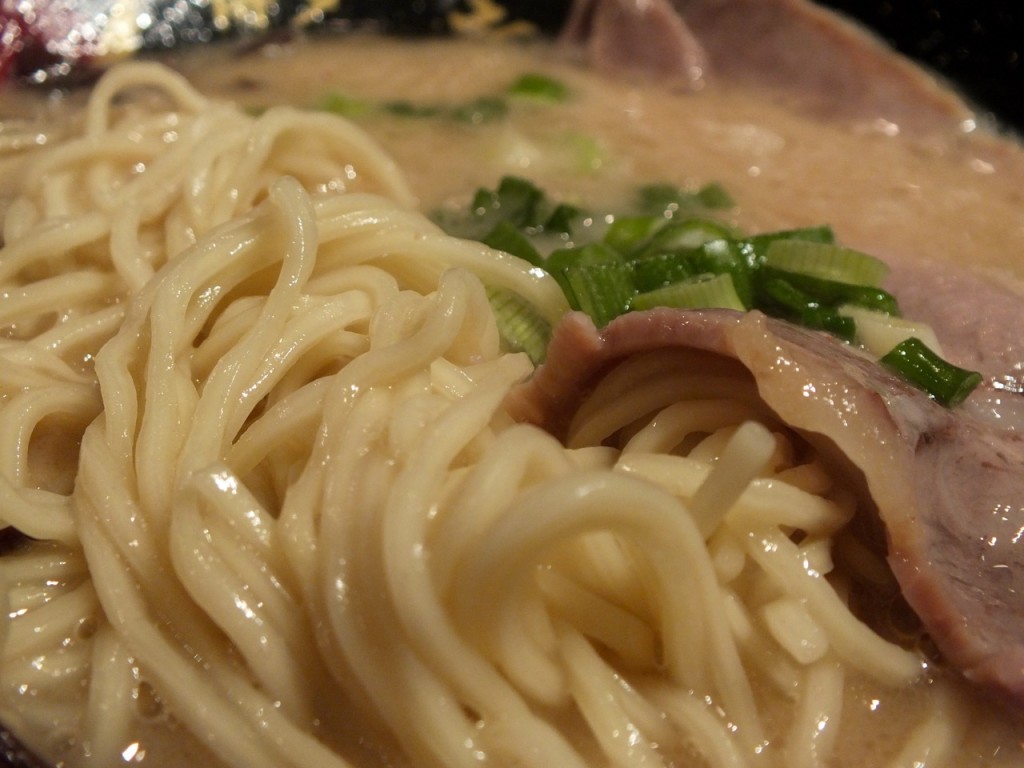 Hakata Ikoussha Ramen is a new name here in Costa Mesa, but in Japan and other countries like Indonesia, Taiwan, Singapore, Australia and even Hong Kong, it is known as one of the top ramen houses. It has garnered many awards in Japan, most notably the No. 1 Ranking in 2011 and 2012 from the prestigious Hong Kong competition Ultimate Ramen Champion.

Here in Orange County, Hakata Ikkousha Ramen has been chosen for the first United States location and we are definitely the better for it. Their soup, called “pig bone ramen” is an interesting broth, as rich in flavor as many of the other top ramenkayas, but without the greasiness one often finds in the pork-based broths. The collagen-rich soup which originated in Kyushu makes for a naturally thick, flavorful broth.

Photo Essay after the article

“Irasshaimase”, the traditional Japanese greeting when entering a place of business, is cheerily shouted by the staff upon your entrance. The restaurant itself is not large, but has a very good mix of tables for two and four as well as for large groups. The place is lively and certainly a fun place to go with a large group of friends. At lunch, the long tables near one wall are filled with lots of workers going out with colleagues for bowlfuls of hot, steamy soup.

Ordering is simple; the waitstaff gives you an illustrated menu and also an order sheet which you can fill out. They check it with you before taking it so everyone knows it is correct. The food is brought out promptly, fresh and hot. Your bowl of ramen is fully customizable to taste. On the order sheet are options for taste, noodle texture and green onions or not. Then there are extras that you can get, starting with extra pieces of the wonderful cha su roast pork. Bamboo shoots, wood ear mushrooms, seaweed, steamed green veggies and a flavor egg can be added, as well as several premium toppings.

Side orders are great to use as appetizers, but if you want, you should ask them to bring the side dishes first. The Big Chicken is just that, a juicy chunk of meat with an extremely crispy coating on it. This delicious chicken, piping hot fresh out of the fryer, is served with an interesting Japanese dipping salt mix that works really well.

Another excellent choice is the Hakata Gyoza, a textbook version of the Japanese fried dumpling. These are not your typical, this-skinned dumplings, but instead a light wrapper that is tasty and not chewy. The filling is nice and the whole package full of succulence, especially when dipped in either their house gyoza sauce or chili paste.

The ramen soup comes with straight noodles and a choice of several broths. The Original broth is a bowl of porcine goodness filled with some tender roasted pork cha su, wood ear mushrooms and green onions. The Shio broth is a lighter version, filled with the pork, green onions and bamboo shoots. The miso soup is similar to the Shio except for the addition of the Miso paste to enhance the flavor, making it a richer, silky white broth.

The Black Tonkotsu is an amazing bowl of broth. This broth is made with a fried black garlic paste, which tames the pungency of the garlic, adding a sweet and only slightly garlicky flavor to the rich broth. This also includes the cha su pork, the wood ear mushrooms and the green onions. This may be the most flavorful broth you’ve ever had in a ramen shop. Finally, for spicy food lovers, there is the God Fire, available in four levels of spiciness. It is suggested to heed the warnings of the staff until you try it for the first time!

Other items are available if you don’t want the soup. A Gold Fried Rice is an option under side dishes, while mini donburi rice bowls can come topped with either cha su pork or mentai, a spicy marinated fish egg sack that is a Japanese delicacy. Beverages include sodas, sake, beer and tea.

Ikkousha Ramen, or Hakata Ikkousha as it is known, is making a big splash in the LA ramen scene. After only a few months, they seem to have hit a note with ramen aficionados who have been giving praise about the different soups and the excellent broths. For both ramen fans and newbies trying it for the first time (or upgrading their tastebuds from the Cup of Noodles or Marchuan Ramen in a Cup), Hakata Ikkousha is an excellent place to get some of the best ramen in southern California.

www.ikkousha.com (interesting Japanese website which translates to English but all pricing is in yen) 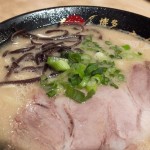 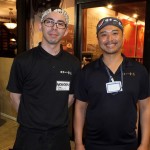 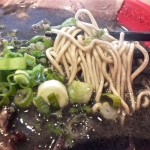 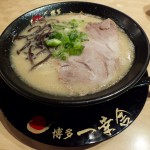 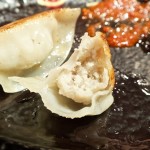 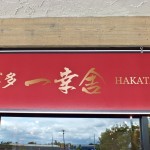 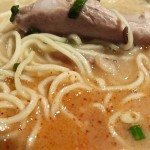 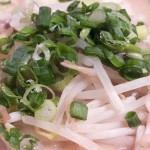 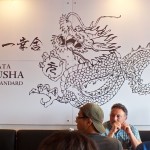 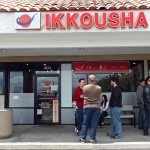 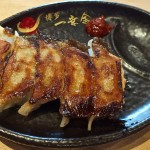 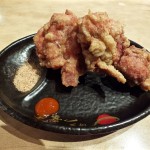 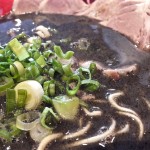 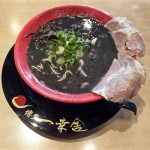 Ed is a native of Los Angeles who loves food and food cultures. Whether he's looking for the best ceviche in Colombia, the best poke in Hawaii, the best tequila in Jalisco or the best Taiwanese Beef Roll in Los Angeles, it's all good food! He also loves a good drink. He's had Mai Tais in Hawaii, Bourbon in Kentucky, Tequila in Mexico and Rum in Jamaica. His wine escapades have taken him to Napa, Sonoma, the Willamette Valley and the Santa Ynez Valley. And he's had beer all over the world! Music is another of Ed's passion, writing and interviewing many classic rock, rock and blues musicians. Getting the great stories of road experiences from them is a particular delight. Traveling also fits in with Ed's writing, exploring all over to find the most interesting places to visit, even in out of the way areas.
View all posts by Ed Simon →
This entry was posted in Food, Miscellanious, Photo Essays and tagged Costa Mesa, Ed Simon, gyoza, Hakata Ikkousha, Japanese, Japanese food, Ramen. Bookmark the permalink.