Kari Krome, Co-founder of The Runaways, Speaks Out in Aftermath of Fowley Rapist Revelation 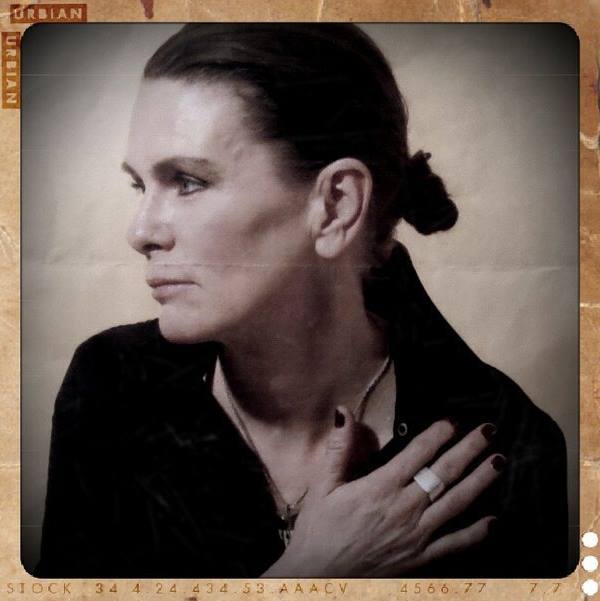 Last week The Huffington Post released a story about the shocking 1975 rape of Jackie Fuchs aka Jackie Fox of the ’70s band The Runaways. The rapist: Kim Fowley, the impresario of The Runaways whose Svengali hold on young women hoping to have a career in the rock music industry enabled him to perpetuate sexual abuse and this horrific rape in The Runaways’ camp. The article by Huff Post writer Jason Cherkis, has sent shock waves through the music industry as decades later people try to come to terms with how and why this painful story took decades to be told by Jackie Fuchs. A groundswell of support has erupted for Fuchs and Krome in the wake of the release of this article. Fowley passed away last January 15 in Los Angeles of bladder cancer.

Kari Krome, co-founder and songwriter for The Runaways, introduced Rock and Roll Hall of Famer Joan Jett to Fowley when they were young teenage women, kickstarting Jett’s career in rock. Krome has been named in the article as one of the only persons in The Runaways’ camp to bravely speak out against Fowley in the immediate aftermath of the rape. As a young songwriter with The Runaways, she was also sexually abused by Fowley.

RUNAWAYS’ CO-FOUNDER AND SONG WRITER, KARI KROME, ON LIFE DURING AND AFTER PRODUCER/PREDATOR, THE LATE KIM FOWLEY

Krome Issues Statement Following Article in Huffington Post About Jackie Fuchs’ Breaking 40 Year Silence of Fowley’s Sexual Misconduct
In response to the recent media frenzy in regards to the Huffington Post article by Jason Cherkis entitled The Lost Girls, Kari Krome has been contacted by an array of people with an overwhelming amount of questions and comments. Runaways’ bassist Jackie Fuchs and Krome came forward to break the 40 year silence of Fuchs’ rape and Krome’s molestation at the hands of their Producer/Manager, Kim Fowley. She is now ready to answer any questions that have been stirred by the article.

Krome wants to take this opportunity to stand by her statements and her solidarity and support for Jackie Fuchs. For as much pain caused by Fowley, coming forward with the truth has also been freeing for Krome. She realizes that the damage of Fowley’s attempts to control her by degradation, which chipped away at her self-esteem, has been lifted. Her epiphanies and her ‘post-Fowley confidence’ motivated her to make public the work she has held back as Fowley destroyed most of her trust and confidence in her work with clichés such as, “You will be nothing without me.” “I recognized that until speaking with Cherkis, I had not yet even cried about what happened,” Krome said, “nor was I aware of just how much she had been effected by Fowley.

She walked away from her songwriting career and work with The Runaways as a result of Fowley’s abuse. Another of Fowley’s manipulations was taking credit for Krome’s brainchild, the formation of an all girl band, and not attributing her for songs she penned as he claimed them for himself.

Krome never stopped creating and has amassed a body of work of poetry, lyrics, art, photography and recordings. The working title for her memoirs and EP is Kari Krome is Teenage Frankenstein, also derived from her past when at 15 she survived an accident that necessitated her face and jaw be bolted back together. Krome who has been journaling since she was 10 years old wrote an account of this harrowing experience entitled All My Teeth, which Jason Cherkis labels as both “heartbreaking and funny.” He also called her work “genius.”

Kari Krome wants to thank Jackie Fuchs for her strength and trust in her and Jason Cherkis for his compassion and integrity as a reporter. Krome has said despite some people’s outrage over the story, she is grateful for the love and support sent to her and Fuchs and is already experiencing healing and looking forward to a new tomorrow.

If you need to catch up, you can read the Huffington Post article here:  The Lost Girls

I am a native Californian, born and raised in Bakersfield and eventually escaping to San Jose then San Francisco where I spent every free moment in punk and post-punk culture spaces before heading to LA permanently in 1989. I have also spent major time as an AIDS and queer street activist, which today along with my passion for punk/alternative music still informs my personal and social life. I love photography, film and playing punk/post-punk stuff on the bass. My LA Beat contributions are usually photos that give a glimpse into the vibrant art and music scene that makes Los Angeles such an amazing city to live in today.
View all posts by Judy Ornelas Sisneros →
This entry was posted in Music, News & Sports and tagged Huffington Post, Jackie Fox, Jackie Fuchs, Jason Cherkis, Joan Jett, Kari Krome, KIm Fowley, The Runaways. Bookmark the permalink.

5 Responses to Kari Krome, Co-founder of The Runaways, Speaks Out in Aftermath of Fowley Rapist Revelation