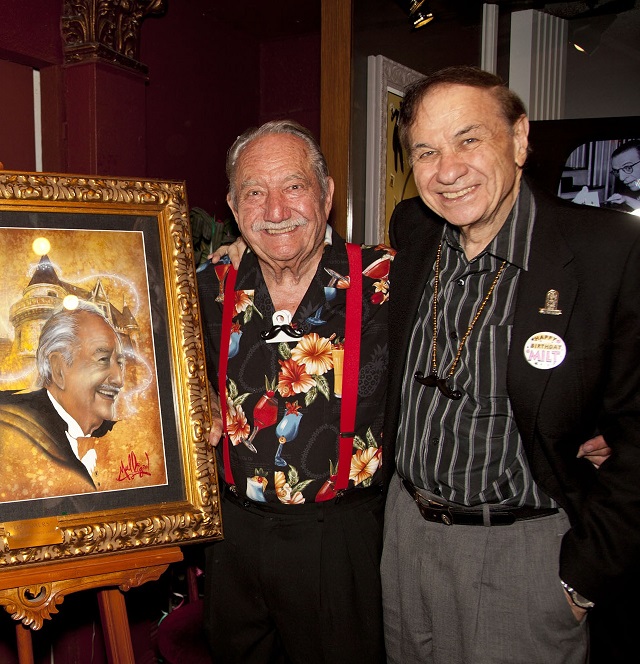 Rogers and Hammerstein—you’ve heard of them right? If not, how ‘bout Gilbert and Sullivan? No?  Hall & Oates…? Hmm, how ‘bout Smothers and Smothers aka the Smothers Brothers? Well, roll all aforementioned composition and comedy couplings together, throw in Oscar winning excellence, Grammy garnering goodness, sprinkle in a little Disney Magic along with some regular magic, and you might just come up with Sherman and Larsen!

Having recently released their most topical album on Magic Castle Records, The Orchard of the new comedy compendium of old and new Smash Flops are now ripe for the picking! Featuring some of the most notable and ostensibly forgettable, yet wondrous, songs NOT of our time–or anybody’s really–the album highlights a multiplicity of toe tapping tunes that somehow missed their mark in smash hittery incumbent upon vastly unfortunate timing! 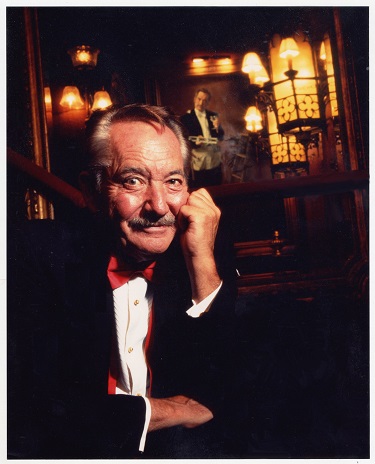 Erroneous release dates notwithstanding, the duo have had far better luck in the timeliness of many of their other acclaimed compositions up to and including both having received stars on the Hollywood Walk of Fame!

Composer/lyricist Richard Sherman is a two time Oscar and Grammy winner and ,when you familiarize yourself with his body of work you will understand why: “Mary Poppins”, “Chitty Chitty Bang Bang”, “The Jungle Book” need I say more…?  All this and more has additionally garnered him nine Academy and four Grammy nominations.

Lyricist, actor, author, and entrepreneur Milt Larsen is also the creator of the world famous Magic Castle in Hollywood!

The team of Sherman and Larsen have written dozens of near misses over the years! Newly remastered, this half Disneyfied, musically magical duo’s latest release will include old non-standards such as “Bon Voyage Titanic,” “When the Hindenburg Lands Today,” “Congratulations Tom Dewey,” “The Confederate Victory Song,” and a historically haunting host of others! Included in their new CD compendium are two new and notable songs:  “The Palin for President Polka” (crooned by compatriots who just won’t quit) and “The Fracking Song” (sung by hard-hatted Friends of Fracking)!  (Talk about Tuneage from a Time-Warped, Twin Universe.  Meanwhile somebody get Rod Serling on the phantasmic phone line while your’e at it!!!) 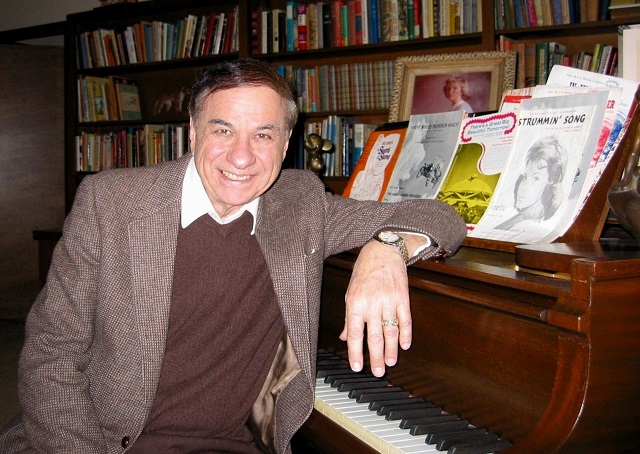 Personally speaking, Milt Larsen and Richard Sherman have been collaborators and companions for over sixty years. Included in their theatrical body of work:  A most recently written musical entitled “Pizzazz!” centering around the life and times of a young George M. Cohan and the gay nineties comedy team of Weber and Fields.  Sherman also recently composed and wrote the latest song to complement the fireworks finale for Disneyland’s 60th Anniversary!

Jennifer K. Hugus was born at a very young age. At an even earlier age, she just knew she would one day write for the LA Beat! Having grown up in Massachusetts, France, and Denmark, she is a noted fan of Asian Cuisine. She studied ballet at the Royal Danish Ballet Theatre and acting at U.S.C. in their prestigious BFA drama program. She also makes her own jewelry out of paints and canvas when she isn’t working on writing absurdist plays and comparatively mainstream screenplays. Jennifer would like to be a KID when she grows up!
View all posts by Jennifer K. Hugus →
This entry was posted in Music. Bookmark the permalink.