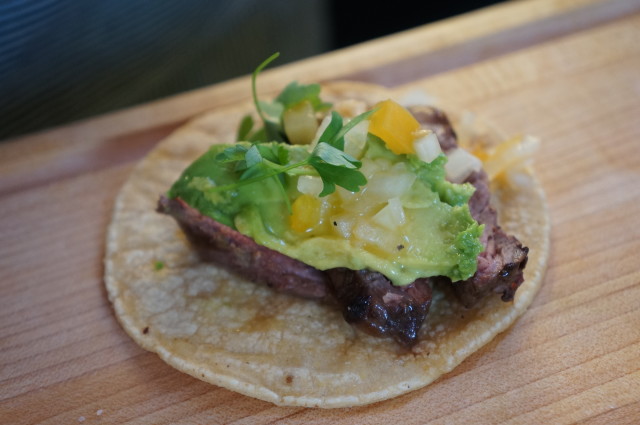 Friday night we attended one of our favorite events, East LA Meets NAPA, a fundraiser for Altamed. For this, their tenth year, they invited Bordeaux to join in and expand their wine selections. With over 1,500 guests, the event was not too crowded and there weren’t long waits at the tables. Cooling breezes blew through Union Station’s large patios as a band started playing in the background.

Tacos ruled the night. Our favorite was probably the steak taco with guacamole from the dreamy Estras Ochoa. Doña Rosa’s cochinita pibil and El Cholo’s green corn tamale, both by Blair Salisbury, were our first and very delicious plates. Chichin Itza’s Yucatan panuchos (tortillas stuffed with black beans) featured baby pig with pickled onions and avocado. The chef faltered when saying the word’s “baby pig” and usually defaulted to telling people it was “pork.” I suggested he just ask people they had seen the movie “Babe,” but I don’t think he took my advice. Chef Jesse Gomez of Mercado served tacos piled high with carnitas. And we loved El Portal’s tacos. La Parilla had the longest line of the day as the crowd clamored for their tacos, tostadas and quesedillas made with freshly pressed tortillas. 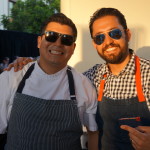 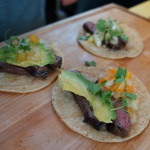 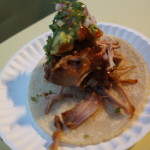 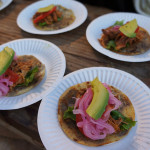 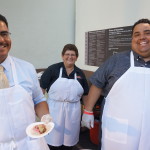 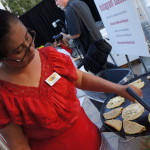 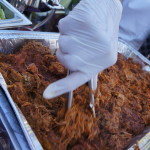 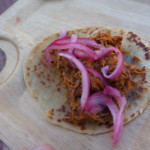 Zapien’s Salsa Grill and Taqueria served a variety of antojitos, including “Mundo’s Mole,” Chipotle-braised Chicken taquitos with mole, queso ranchero and crema, Tamale Yucatan with seasoned ground pork and chayote.and Portabellas with chile pasilla that were as delicious and meaty as any steak dish. The classic El Tepayac served braised pork and guacamole with chips for scooping up the juicy meat.

El Coraloense’s shrimp ceviche with habanero aioli and diced mango was the most raved about dish of the event. Chef Hugo Molina of Seta and his chef wife created a Peruvian ceviche with Dover sole and Leche de Tigre, made by blending shrimp, Dover sole, freshly squeezed orange juice and lemon juice, then straining it. Their jackfruit agua fresca was also exciting and exotic. Drew Deckman of Deckman’s, visiting from Baja, made a big impression with En El Mogor’s Oysters with cucumber and sea beans.

Two restaurants were inspired by Bordeaux to present French-inspired bites. B.S. Taqueria/Broken Spanish won my heart with their the Rebanadas made with foie gras butter and piloncillo on pan dulce (definitely not to be confused with Bimbo’s sugary frosted Rebanadas). Chef John Rivera Sedlar of Eloisa showed that he is skilled in French cuisine with his Bordeaux Canale (French pastry with a caramelized crust) with Tequila Caramel and Candied Green Chiles.

Casa Oaxaca had the most diverse and most daring menu. Besides squash blossom quesedillas and rose ice cream, they created a chapulin (grasshopper) salsa, which solves the biggest problem with chapulin — getting the hard papery wings caught in your throat.

A few final plates that demand recognition are the adorable tiny little Cubanos exactly the size of the mandatory pickle slice from Del Frisco’s Grille, and a dessert called “Guiltless” made with coconut milk, beets and marshmallow from Daniel Godinez of Anepalca, which tastes exactly like you would expect it to taste.

In addition to the usual generous selection of Californian and Mexican vintners, this year’s festival offered a rare chance to sample wines from Bordeaux. These were generally more complex in flavor than their local counterparts, and paired exceptionally well with the rich, spicy foods on offer. Tributo Tequila was mixing up old-school margaritas and Potchteca’s Tequila-based fruit and coffee liquers were an interesting change of pace.

As the sun set, the dance floor started to get crowded, and laughter echoed throughout the courtyards, the first wave of sated guests departed along the breezeway carrying their shoes. 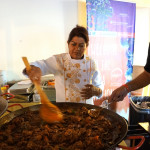 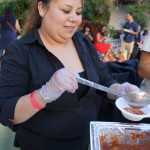 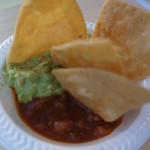 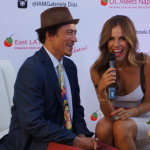 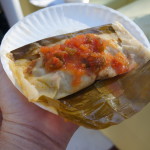 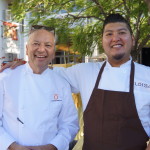 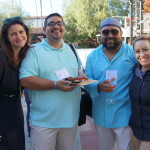 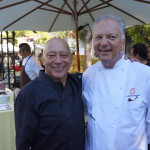 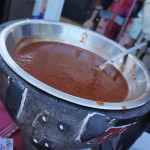 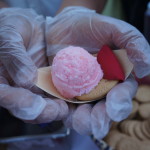 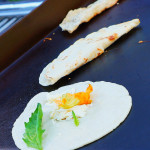 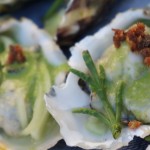 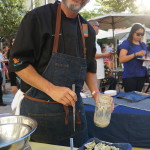 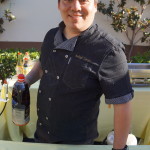 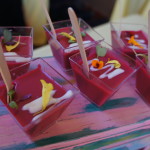 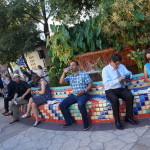 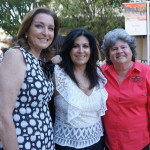 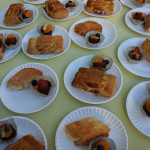 Born and raised in the great city of Los Angeles, this food, culture and music-loving punk rock angeleno wants to turn you on to all that is funky, delicious and weird in the city. While Elise holds down the fort, her adventurous alter ego Kiki Maraschino is known to roam the country in search of catfish.
View all posts by Elise Thompson →
This entry was posted in Cocktails, Beer, Wine & Weed, Events, Food, Music, Photo Essays. Bookmark the permalink.