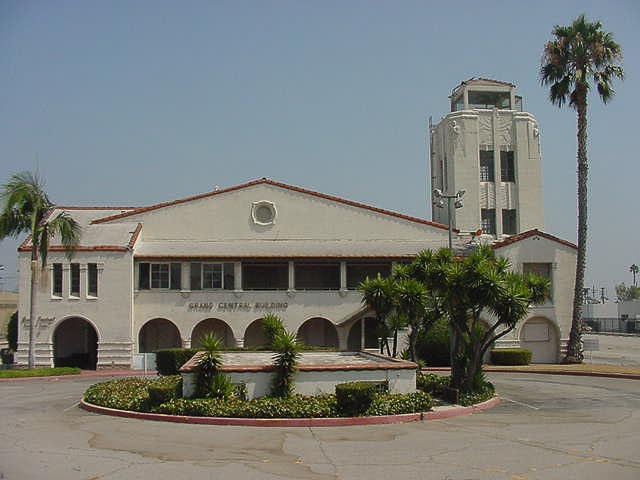 The place abounds with the names of some of the most famous names in aviation history. Charles Lindbergh, Amelia Earhart, Jack Northrop, William Boeing. If someone flew into the fledgling city of angels back in the late 1920’s, they came through GCAT. The first airport in the nation offering coast-to-coast service, regularly scheduled flights were piloted by none other than Charles Lindbergh.

I first stumbled across this gem back in 2002 while shopping for a range across the street.  I had no idea this airport ever existed and had probably piloted myself over it dozens of times.  Driving past, I couldn’t help but notice how odd the tower in the right of the photo looked like an old control tower.  I noted the location, went home to grab a camera and returned the next day.  I was free to roam the site, shoot pictures and take it all in.

Unfortunately the front door had been padlocked so I couldn’t get inside to look around.  After a bit of digging around, I felt like I had discovered a sunken treasure.  What an illustrious history the building had.  Amelia Earhart bought her first plane here.  Jack Northrop started his first company here and later sold it to William Boeing.

I started making phone calls and after a while discovered that Disney had purchased the building for a “future renovation”.  I asked if I could somehow get inside the terminal to shoot and was turned down.  Fortunately I shot these pictures before returning last week to see what had transpired over the past 13 years. 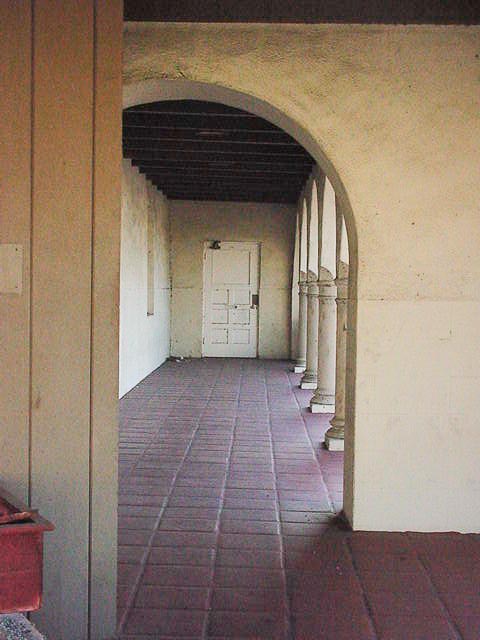 The details of the building are inspiring, from the architecture of the tower down to the details in the tile work.  The runway still exists, albeit as Grand Central Street on the next block.  Thank you City of Glendale for preservation.  At present the building is completely fenced off and covered in layers of stucco and scaffolding and is apparently being turned into a guest center for the Disney media complex.  Here’s hoping that they restore it truthfully and it looks as it did in its heyday. 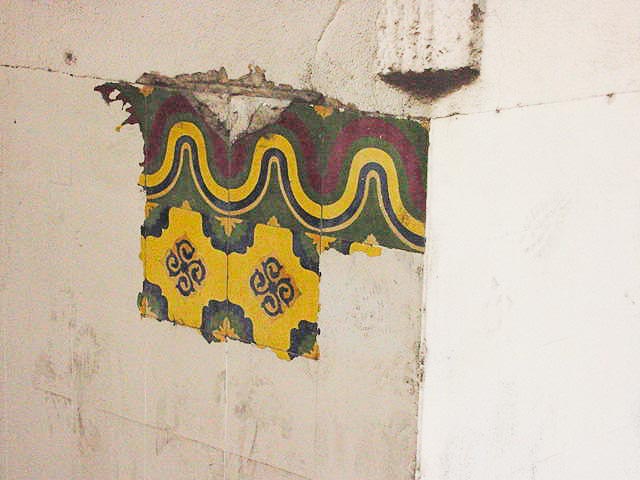 The building is located in the “Air Park” section of Glendale, at 1310 Airway Rd, protected by fencing, cameras, and an ever-watchful security guard. Completion is scheduled for late in 2015.  Disney was not available for comments. 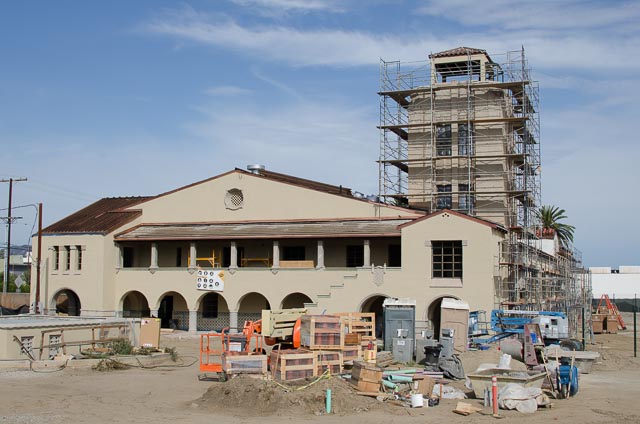 Ivor Levene likes to interview musicians, write about music and musicians, play music, listen to music, read about music, photograph musicians, and anything else you can think of with music. He has been involved with the music scene for over thirty years and his posts have appeared all over the place! Ivor says "I'm going to write about music as long as I have something to say".
View all posts by Ivor Levene →
This entry was posted in Attractions, Photo Essays. Bookmark the permalink.