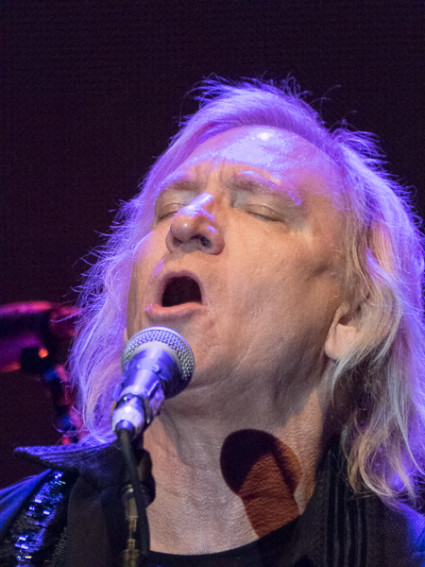 Last night brought together native son Joe Walsh and 70s supergroup Bad Company for what was supposed to be a two-for-one show, but really was Bad Company opening for Walsh, or if you aren’t a fan of Joe Walsh, then nobody opened.  After seeing this show live, I’d have to say they both sounded like opening acts in a way.

I always say, “I love opening bands, they open your ears”.  I also say, “If I can’t say something positive, I won’t write, there’s too much of that on the net,” but I’m breaking my own rules.  I’m doing so because I paid for the gig, I went as a civilian (he said tongue-in-cheek).  I paid a fair chunk for 10th row, dead center, so I’m gonna call it how anyone who paid that much for a pair of seats would.

First off was Bad Company.  They lived up to their name tonight, they were just bad.  Yes, it’s great that they are touring, everyone is dying and the pickings are slim.  I saw Bad Co. back in the late 90s at The Greek and it was one of the best shows I’ve ever seen, and I’ve seen a lot.  Tonight however, something was missing.  Paul Rodgers’ voice still sounds awesome.  He had Simon Kirke with him on drums, a winning combination.  Or it should have been.  The band sounded flat and they did it by the numbers.  The audience seemed equally lifeless to me.  Sure, they stood for the crowd favorites, they sung along, Rodgers praised the sing-along.  I don’t know about you, but I do not feel any sense of brotherhood when I hear ten thousand fellow concertgoers singing in unison.  I came to hear the artist, not the guy beside me.  There were smoke effects, light effects, and a huge disco ball.  A disco ball?  Really?  At a rock show?  I guess the dichotomy is that we still want to relive the 1970s by going to see these acts, but then when they recreate the era, it comes off as cheesy. Should I give Bad Company a pass because they’re still out there performing the hits of the 70s?  I give everyone else a pass, so why not them?  It looked and sounded like it belonged in Las Vegas.

With that disappointment over, we waited for Joe Walsh to take the stage.  Joe’s going to liven things up, right?  I’ve been a huge fan of Joe’s forever.  Joe Walsh is the clown prince of rock.  Back in 2000, he performed at a rally for Al Gore wearing a Giraffe head for the entirety of the show.  Joe seemed engaging, speaking with the audience, joking, having fun, but he seemed almost laconic, or perhaps drunk?  Don’t get me wrong, Joe Walsh did his best when he was wasted on whichever substance he was wasted on, most musicians did.  But last night, everything seemed slowed down, including the audience.  Joe was great as far as virtuosity goes, he did all the usual tricks.  Voice-box, slide, wha, incredible bends.

When he did “In The City” the screen behind him was showing clips from “The Warriors,” and it felt like I was watching a video on VH1’s 70s rewind.  There was one very poignant moment when Joe dedicated “Take It To The Limit” to “my brother and bandmate Glen Frey,” but did we really need the video of the guy in the flying squirrel suit?  And shouldn’t Joe have picked a Glen Frey song and not a Randy Meisner one?  Or was that fact lost on the audience?  Near the end of the show, Ringo Starr came out and sat behind the second drum kit, and the audience….the audience should have gone stark(ey) raving mad.  It’s Beatle Ringo for god’s sake.  Half the section remained seated.  Should I even bother going to The Bowl later this summer for Ringo’s All Star Band?

Is it just that this is what the average concert audience has become here in Los Angeles? People sitting there tweeting out pictures of themselves with the stage in the shot?  Maybe the past year has spoiled me, shooting from the pit?  No, that can’t be it, I can’t be this wrong can I?  I was at The Fonda a few months ago for the Ray Manzarek tribute, and the place was jumping.  Shouldn’t the audience at a Joe Walsh show be at least semi-intoxicated in honor of Joe’s past bouts of inebriation? I sure think so.  I have to be honest, I just hate having to write a bad review of anything, but I just felt there was something missing from this show, and I can’t quite put my finger on it.  It certainly wasn’t the venue.  If you haven’t been back to the Fabulous Forum since the renovation, you’re missing out.  They’ve turned the place into one of the most intimate indoor venues in our city.  Not every single show can be the best show you’ve ever seen.  Sorry, folks, but I have to call them as I see them. 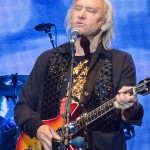 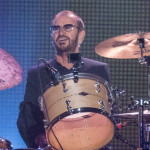 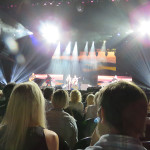 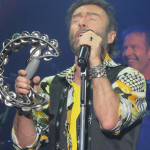 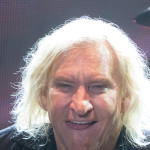 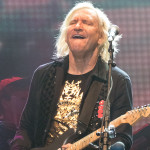 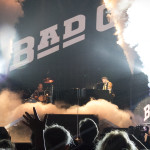 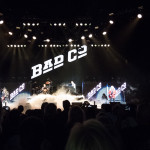 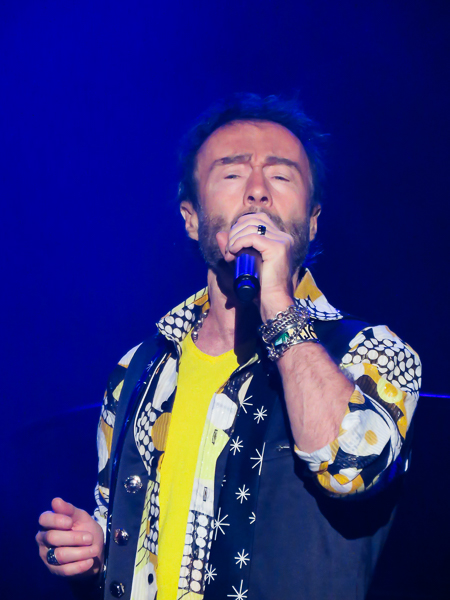 Ivor Levene likes to interview musicians, write about music and musicians, play music, listen to music, read about music, photograph musicians, and anything else you can think of with music. He has been involved with the music scene for over thirty years and his posts have appeared all over the place! Ivor says "I'm going to write about music as long as I have something to say".
View all posts by Ivor Levene →
This entry was posted in Events, Miscellanious. Bookmark the permalink.