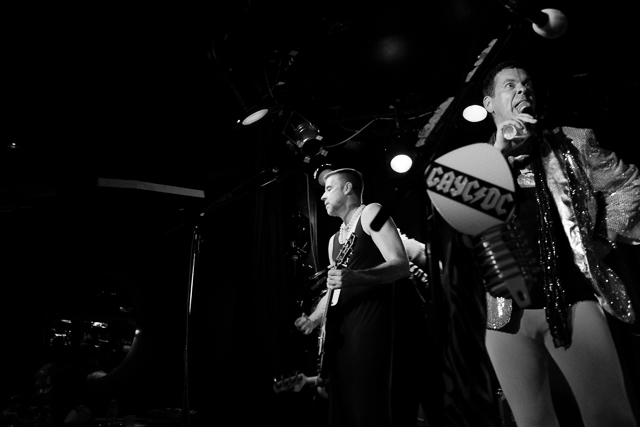 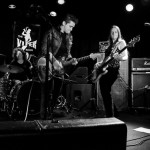 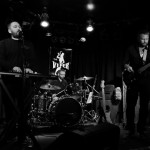 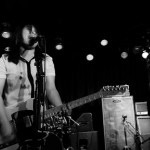 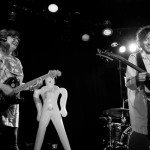 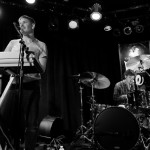 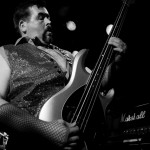 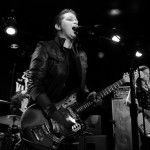 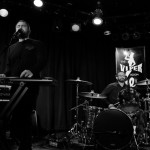 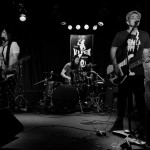 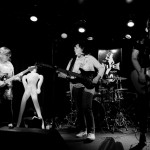 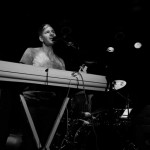 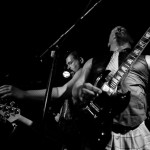 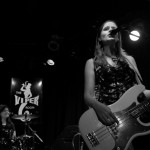 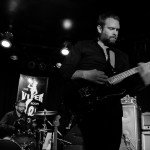 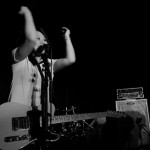 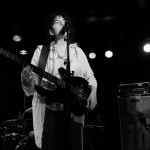 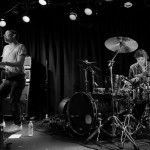 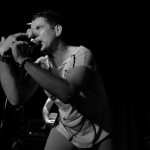 The Queer Rock Explosion Night #2 was a party in a pre-Orlando gay mass murder world, at least for most of the night, for most of the crowd out to enjoy pride weekend with friends at the Viper Room in West Hollywood.

And so it was the second night of the Queer Rock Explosion with a different group (from QRE night #1) of amazing all-queer and queer inclusive bands: EZ Tiger (indie), HAPPYFORYOU (synth), Wasi (alt), Upset (alt), Psychic Friend (synth) and headliners GayC/DC (the fabulous AC/DC cover band).  This second night was again curated by Chris Freeman of Pansy Division and GayC/DC, and a huge inspiration to all bands who make up the queer rock community of Los Angeles.

I was taking a few iPhone shots of GayC/DC (the last band to take the stage that night) when 15 minutes into their sizzling set the news broke via a push alert of a “mass shooting at a gay club in Orlando”. Really, I didn’t know what to do.  Shocked, I looked around at the crowd and saw a room full of friends having a blast, oblivious of what had happened in another LGBT venue, a different time zone, thousands of miles away.  More alerts arriving continuously on my phone, the number at that time was 25 casualties, and I  showed a couple of friends the news alerts, which I’m sure busted their party bubble…it was so loud we couldn’t even talk about it.

The show continued of course, the band (and most likely the venue) didn’t know that this tragedy had taken place.  Everyone would be living in a post-Orlando gay mass murder world soon enough.

Some 25 years ago, the Queer Nation (which had an LA chapter) manifesto began:  “How can I tell you. How can I convince you, brother, sister, that your life is in danger. That everyday you wake up alive, relatively happy, and a functioning human being, you are committing a rebellious act. You as an alive and functioning queer are a revolutionary. There is nothing on this planet that validates, protects or encourages your existence. It is a miracle you are standing here reading these words. You should by all rights be dead…”

If the haters have their way, that is. They have taken way too many of our queer family, but they will never get all of us.

Happy pride to all my sisters and brothers who have the courage to live their lives as out queers everyday, and to those who have the talent to put their pride into their artistry plugged in and volume turned up…to live as out queers on stage is bashing back against those that would have us go away.  That is never going to happen.

All images by Judy Ornelas Sisneros. All rights reserved.

Here’s my post about the first night of this weekend’s Queer Rock Explosion.

I am a native Californian, born and raised in Bakersfield and eventually escaping to San Jose then San Francisco where I spent every free moment in punk and post-punk culture spaces before heading to LA permanently in 1989. I have also spent major time as an AIDS and queer street activist, which today along with my passion for punk/alternative music still informs my personal and social life. I love photography, film and playing punk/post-punk stuff on the bass. My LA Beat contributions are usually photos that give a glimpse into the vibrant art and music scene that makes Los Angeles such an amazing city to live in today.
View all posts by Judy Ornelas Sisneros →
This entry was posted in Miscellanious, Photo Essays and tagged EZ Tiger, Gay Pride, GayC/DC, HAPPYFORYOU, Judy Ornelas Sisneros, music festival, Psychic Friend, queer pride, Queer Rock Explosion, sunset strip, The Viper Room, Upset, Wasi, west hollywood. Bookmark the permalink.