Posted on November 9, 2017 by Elise Thompson 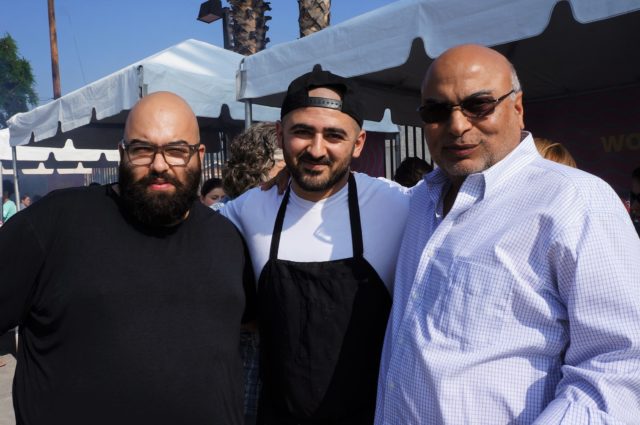 At the end of October, Northside Media Inc., out of Brooklyn, hosted their second annual Taste Talks food and drink festival in LA. Taking over two sections of event space, The Holding Company, the day was two-fold. All day the Taste Talks Brunch Bites + Conference hosted notable speakers and chefs, including Chef Michael Fiorelli of Love & Salt, Chef Steve and Dina Samson of Rossoblu, Nguyen Tran of Button Mash, and Nakul, Arjun and Pawan Mahendro of Baadmash (no relation). Topics were as varied as grinding your own flour, cooking with cereal, and the future of marijuana cookery.

In the afternoon, we enjoyed Taste Talk’s All-Star Cookout. Chef Jason Fullilove of Barbara Jean never fails to impress, and his smoked pork belly absolutely blew our minds. Also working with pork belly was Chef Royce Burke of Secret Lasagna, who used it as a sauce on his pork tacos. Yes, the secret is that it is not lasagne. Chef Erwin Tjahyadi of bone kettle was grilling garlic pork skewers with an intense peanut sauce. WOOD brought comforting wood-fired meatballs, and we are looking forward to trying out more dishes from WOOD in the future.

Katsuji Tanabe of Mexikosher served a deceptive watermelon and chile ceviche on tostadas. A little bit of fish sauce made the ceviche, which looked like tuna, taste of the sea. Cento Pasta Bar had a delicious polenta topped with grilled chicory and raddichio. Neighbor’s dish was a heavily-spiced Sichuan cauliflower. Even will the mellowing char, they were still very bitter. Chef Alex Chang of Broken Shaker/The Exchange cooked our favorite vegetable-forward dish of the day — grilled sweet potato with chile and almond milk. It was a testimony to choosing the best humble ingredients and treating them simply to create something that is better than the sum of its parts.

Taste Talks had to change venues at the last minute, which made everyone have to scramble. Under the circumstances, I think they managed to pull off a nice event that was a combination of lectures and tastings. I look forward to seeing what they pull out of their hat next year. 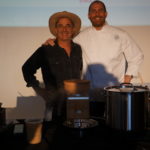 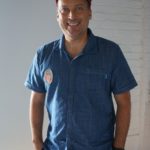 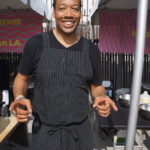 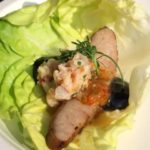 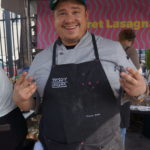 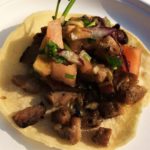 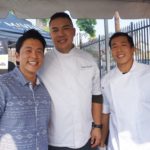 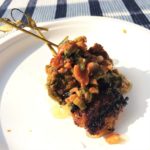 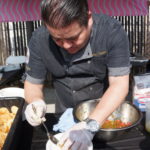 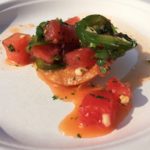 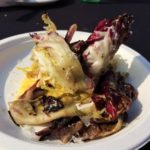 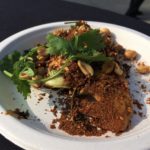 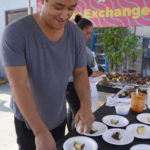 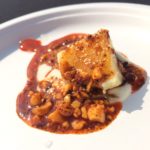 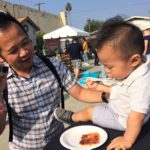 Born and raised in the great city of Los Angeles, this food, culture and music-loving punk rock angeleno wants to turn you on to all that is funky, delicious and weird in the city. While Elise holds down the fort, her adventurous alter ego Kiki Maraschino is known to roam the country in search of catfish.
View all posts by Elise Thompson →
This entry was posted in Events, Food. Bookmark the permalink.