Here Comes The Sun – The Return of Peace, Love, and Sundays 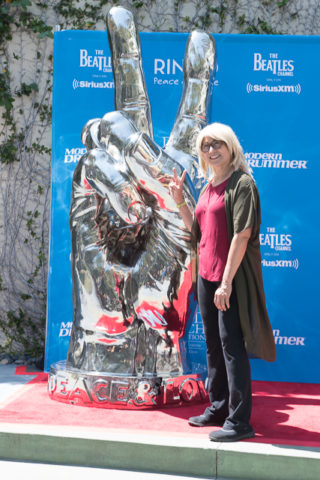 There are a few things that the city of Los Angeles just cannot function without; The 405, eternal sunshine, and the voice of Mimi Chen coming out of the radio on Sundays.  Fortunately, we don’t have to live without them for long.  We’ve had “Carmageddon”, we have the occasional rainy day, and for the past few months, we’ve had no Mimi.

A few months ago, 100.3 changed formats and a key part of our city was silenced.  The airwaves haven’t been the same since.  Many of us have had to resort to satellite radio, MP3 players, and whatever else we could find to try to fill the gap.  In the end though, the gap cannot be filled, because Mimi and her contemporaries fill in the spaces between the songs, and provide valuable and entertaining commentary. Disc Jockeys are a soothing voice, a virtual friend, and everything that makes radio compelling.

Tomorrow marks the return of Mimi’s show; Peace, Love, and Sundays to the airwaves, courtesy of 88.5 in Los Angeles.  Thankfully, this city did not have to lose this priceless asset to another locale.  Mimi will be back on the air from 1pm to 3pm, and will hopefully never leave us again!

Please tune in and help support your local radio.  Without the listeners, it’s just not the same!

As a postscript to the story, I always make a point of not placing myself in it for obvious reasons, but  I have to say that Mimi isn’t just someone who I hear on the the radio, she’s a friend, a mentor, a hero, a cancer survivor, a parent, and above all, a lady with a killer knowledge of music.  Mimi will be my date at Ringo’s upcoming birthday party because I can think of no one more deserving.  Mimi has a smile that lights up every room she walks into.  You know you are around greatness when you stand near her.

Ivor Levene likes to interview musicians, write about music and musicians, play music, listen to music, read about music, photograph musicians, and anything else you can think of with music. He has been involved with the music scene for over thirty years and his posts have appeared all over the place! Ivor says "I'm going to write about music as long as I have something to say".
View all posts by Ivor Levene →
This entry was posted in Events, News & Sports. Bookmark the permalink.

5 Responses to Here Comes The Sun – The Return of Peace, Love, and Sundays