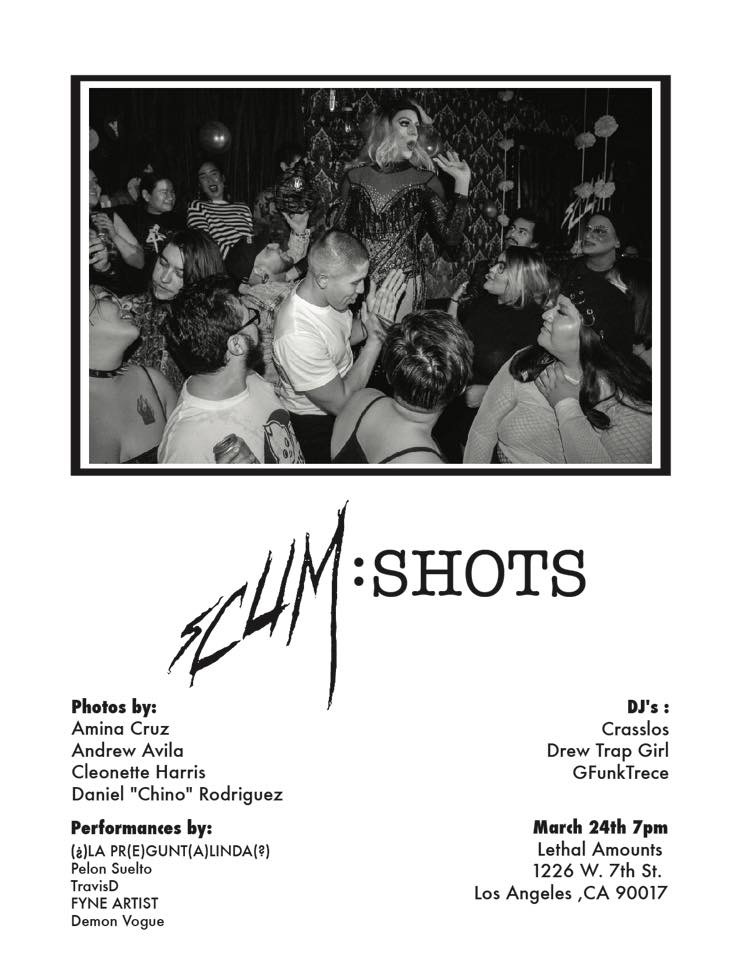 I am a native Californian, born and raised in Bakersfield and eventually escaping to San Jose then San Francisco where I spent every free moment in punk and post-punk culture spaces before heading to LA permanently in 1989. I have also spent major time as an AIDS and queer street activist, which today along with my passion for punk/alternative music still informs my personal and social life. I love photography, film and playing punk/post-punk stuff on the bass. My LA Beat contributions are usually photos that give a glimpse into the vibrant art and music scene that makes Los Angeles such an amazing city to live in today.
View all posts by Judy Ornelas Sisneros →
This entry was posted in Art, Events and tagged Club Scum, Downtown LA, Hex-Ray, Judy Ornelas Sisneros, Lethal Amounts, photo exhibit, photography exhibit, Rudy Bleu, Scum:Shots, Westlake. Bookmark the permalink.