Movie Review The Doors – Live At The Isle Of Wight 1970 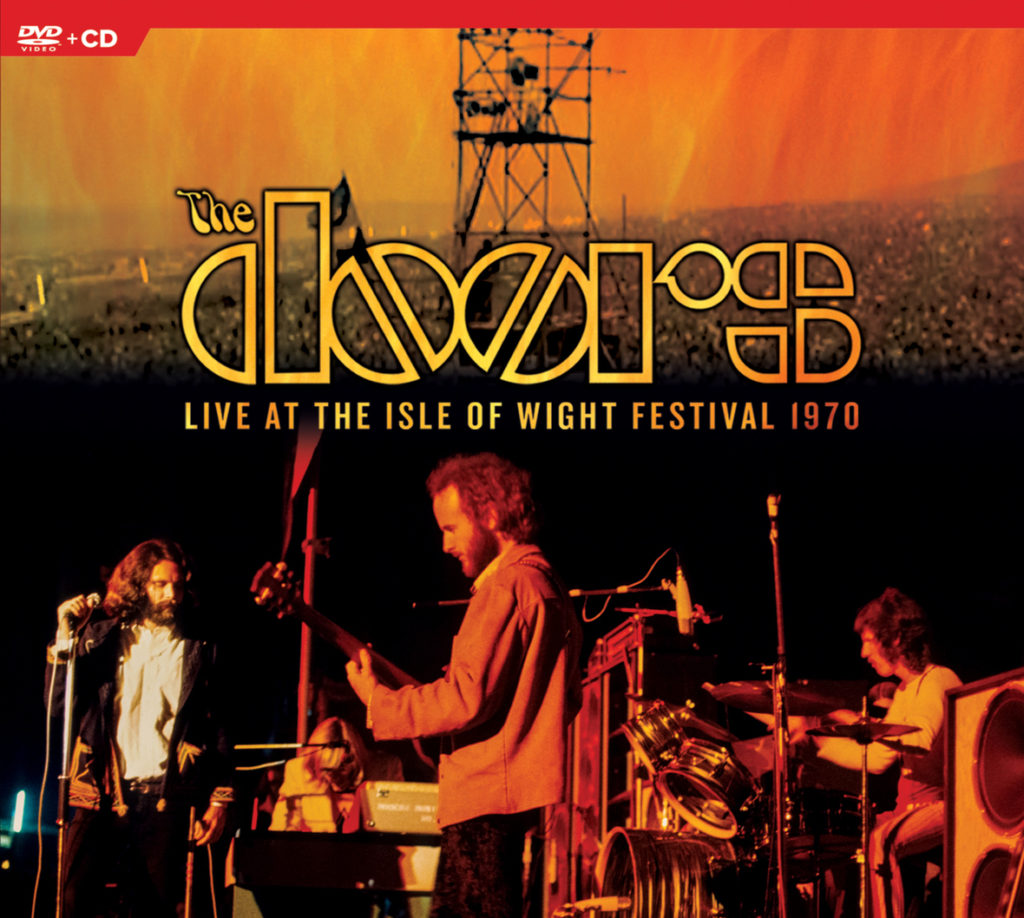 They came by the tens of thousands. They came by foot, by car, by boat for the largest concert ever at that time. They broke down the barriers and turned it into a free concert. By the time they got there, they were more than half a million strong…

I’m not talking about Woodstock, I’m talking about the 1970 Island of Wight festival, a concert that had more than 600,000 attendees, shattering the record held by Woodstock. The lineup sounds like something straight out of a fantasy gig; Jimi Hendrix, Miles Davis, The Doors, The Who, Lighthouse, Ten Years After, Emerson, Lake & Palmer, Joni Mitchell, The Moody Blues, Melanie, Donovan, Gilberto Gil, Free, Chicago, Richie Havens, John Sebastian, Leonard Cohen, Jethro Tull, Taste and Tiny Tim.

All these years later, Eagle Rock has extracted out The Doors’ performance and put together a feature-length film of the event. I was shocked when I started watching this disc, the sound was stellar, as though it were recorded today. The doors are on fire musically, but very subdued in terms of stage antics. Gone is Jim Morrison gyrating and writhing all over the stage. Probably due to his recent arrest for indecent exposure and upcoming sentencing he basically just stands there without moving, but still belts out the songs. “Our set was subdued but very intense,” keyboardist Ray Manzarek once said of the gig. “We played with a controlled fury, and Jim was in fine vocal form. He sang for all he was worth but moved nary a muscle. Dionysus had been shackled.” The band’s laconic movements may have also been due to them taking the stage at 2am. Unfortunately, when this performance took place, nobody told the band that they would have to bring their own lighting, so the whole performance is lit by a single red floodlight, and visually leaves a bit to be desired. What they lack in visuals however is more than made up for by the audio.

But really, it is and should always be all about the music, right? I don’t think I’ve ever heard a live performance of The Doors where the band sounds that tight. The audio has been remixed to 5.1 by none other than Bruce Botnick, their original Engineer/Producer. The DVD includes interviews with Robbie Krieger, John Densmore, and Bill Siddons, the group’s manager.

In a recent interview I conducted with Bill Siddons, he had this to say about The Doors; “The thing that made the Doors one of the great bands wasn’t just Jim’s poetry, but it was that each one of them was a completely different kind of musician. Densmore was a jazz drummer. Robby was a space guitar player, and Ray was a Bach classical pianist, and Jim was a whole other thing. So each one of them were very different people.”

The film is available on DVD+CD, Blu-ray+CD and Digital Video. You can order a copy here.

Ivor Levene likes to interview musicians, write about music and musicians, play music, listen to music, read about music, photograph musicians, and anything else you can think of with music. He has been involved with the music scene for over thirty years and his posts have appeared all over the place! Ivor says "I'm going to write about music as long as I have something to say".
View all posts by Ivor Levene →
This entry was posted in Movies, Music and tagged #thedoors. Bookmark the permalink.