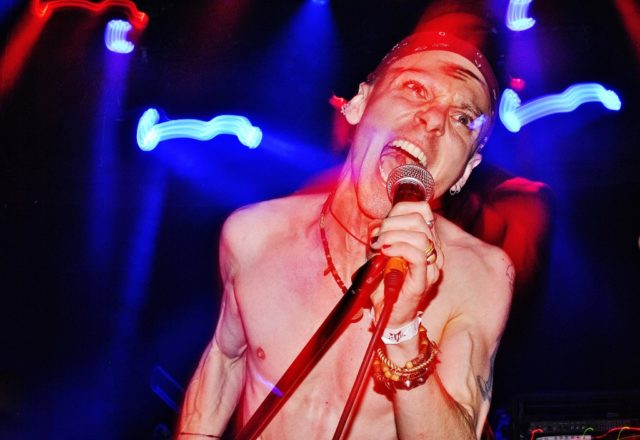 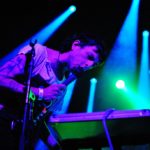 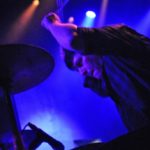 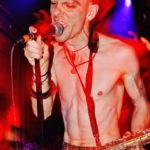 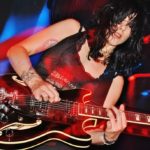 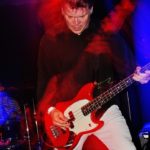 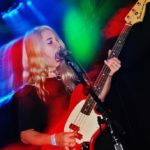 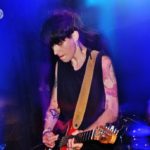 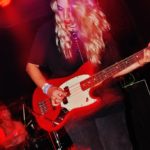 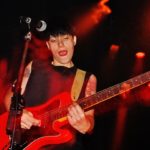 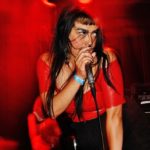 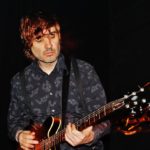 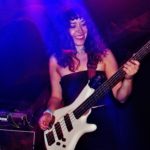 Last night Part Time Punks hosted another hot Sunday night scorcher at The Echoplex! Haunted Horses opened the show with a dark, very loud industrial-tinged set. I’ve really been into the synthpunk/darkwave scene lately, and Haunted Horses was just what the doctor ordered. There are only two guys in the band, but their sound is roaring and dark. They were so thunderously loud that my camera actually shook in my hands when I stooped down and leaned on the edge of the stage to snap a photo!

Next up, the always great Egrets on Ergot. I’ve seen this band many times before, and I have to say, this was my favorite Egrets show so far. Atom Brooks is an incredible front man, and he put on an electric performance last night. Matt Cronk was filling in on bass, and he is always a great addition to the band. His heavy bass playing blends beautifully with Heather Galipo’s wild, swirling guitar, and the sound was so mesmerizing, it made me wish their set could continue on for another hour.

Egrets on Ergot left the stage, things cooled down a little, and then Lie’ (a 3-piece all-female band from Vancouver, BC) hit the stage. They’re currently on a West Coast mini-tour with Egrets On Ergot. I’d never seen them play live, and I was excited to check them out. I fucking LOVED them! Those girls rocked hard, and the songs were solid all the way through the set. I can’t wait to see them again.

Last up, one of my favorite local bands, The Tissues: I can’t describe to you how much I love this band. Kristine Nevrose is one of the coolest, sexiest singers I’ve ever seen (and I’ve seen A LOT of bands in my long life). Her taunting, rowdy voice, the incredible songs, and the rest of the band’s phenomenal playing … it’s everything you want in a band. I especially loved last night’s set because it was the debut of their new drummer (Tara from Hawaiian T-Shirt), and they changed the arrangements of their songs, so the set sounded super fresh. If you haven’t heard The Tissues, go to Bandcamp and listen to their debut album. Then do yourself a favor and go see them the next time they play!

Lastly, I want to give a shout-out to The Echoplex for installing the new killer sound system, and the lighting was absolute perfection last night (a photographer’s dream)! Sunday’s Part Time Punks show was one of the most enjoyable shows I’ve been to in a long time.

Deb Frazin is a photographer based in Los Angeles with a focus on DTLA street photography and punk rock culture. Her work has been published in photography books, on album covers, and has been featured in numerous publications including The Los Angeles Times. You can find her now in Razorcake.
View all posts by Deb Frazin →
This entry was posted in Events, Miscellanious, Music, Photo Essays and tagged Atom Brooks, bandcamp, darkwave, deb frazin, deb frazin photography, Egrets on Ergot, haunted horses, heather galipo, Kristine Nevrose, lie', Matt Cronk, Part Time Punks, punk rock, synthpunk, the echo, the echoplex, the tissues. Bookmark the permalink.

2 Responses to Lie’, Egrets on Ergot and The Tissues at Part Time Punks 6.3.18