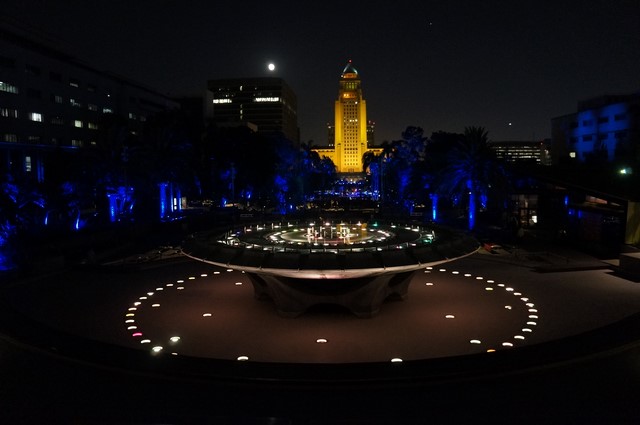 City Hall and the Grand Park fountains are lit in gold in tribute to the late L.A. Times food writer Jonathan Gold on Saturday, July 28, 2018. (Photo by Elise Thompson)

A citywide participation in a “City of Gold” tribute to Jonathan Gold took place on Saturday, July 28, 2018. Various government, art, entertainment, and other landmark buildings splashed their walls and fountains or gilded their crowns with gold light in honor of the late Pulitzer Prize-winning L.A. Times food writer and critic, on what would have been his 58th birthday.

Local landmarks that turned gold for the night include City Hall, Union Station, The Broad, The Pepsi Building, The Library Tower, the Ferris Wheel on Santa Monica Pier and the “pylons” at LAX. Over in El Segundo at the new site of The LA Times, Jonathan Gold’s famous profile was projected onto the building. 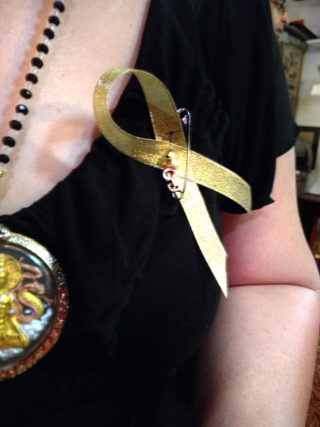 In participation in the citywide “City of Gold” tribute to the late Jonathan Gold, Sarintip “Jazz” Singsanong
of Jitlada Restaurant–owner of one of Gold’s 101 Best Restaurants in Los Angeles–wears a Gold Ribbon, Saturday, July 28, 2018.

Diagnosed in early July, Gold died of pancreatic cancer last Saturday, July 21, 2018.  Many fellow writers and foodies have made individual tributes to his work, and on the influence of his 101 Best Restaurant’s list on the burgeoning Los Angeles restaurant scene.

Members of the editorial staff and friends of The Los Angeles Beat visited one of Gold’s favorite restaurants, Jitlada Thai Restaurant in Hollywood, packed this night in honor of his birthday, with a notably large and growing crowd outside awaiting an available table.

Wearing a gold ribbon pinned above her heart, Sarintip “Jazz” Singsanong—who in 2006, along with her late brother Suthiporn “Tui” Sungkamee, took over Jitlada—spoke very fondly and lovingly of Gold. Jitlada has been featured in Gold’s 101 Best Restaurants list, published by the Los Angeles Times, and stressed the impact he had on the restaurant’s success.

Photo gallery by Elise Thompson and Monique A. LeBleu 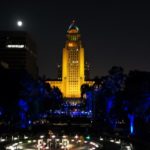 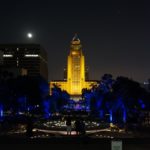 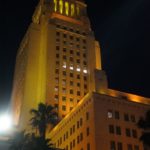 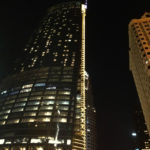 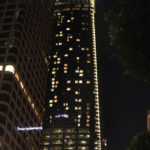 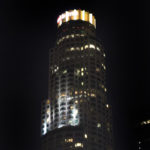 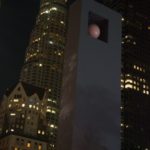 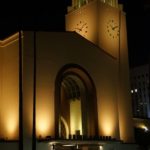 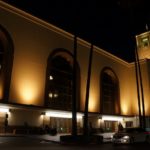 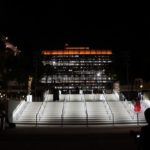 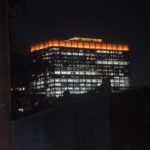 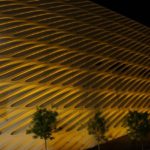 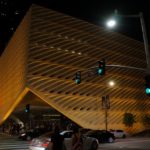 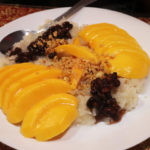 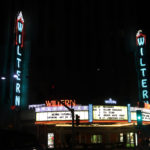 More on Jonathan Gold in The LA Beat: 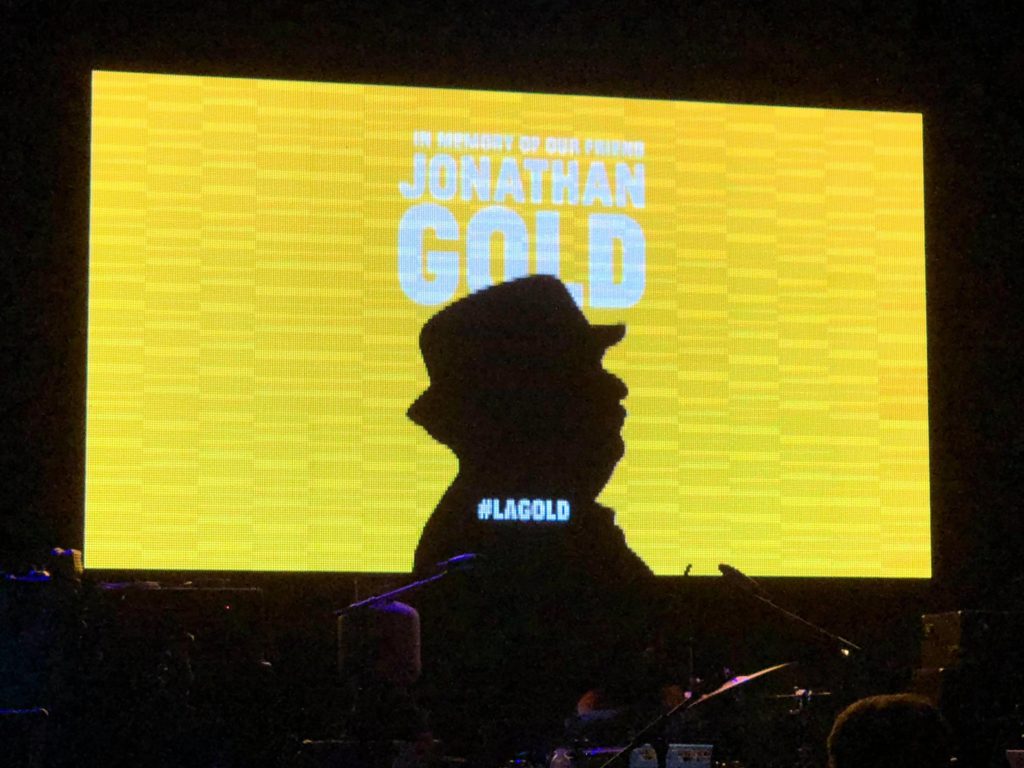 The projection on the screen at The Broad prior to the Faust concert. Photo by Tom Holland.

City of Gold Screening and Q&A with Jonathan Gold at The Wiltern, Sunday

Monique A. LeBleu is a writer, photographer, videographer, and shameless foodie and wineaux. A love of film history and a background in film production, post-production, and film theory provide unique insights into her movie reviews. As well, a background in technical theater fuels her passion on all-things theater. As a foodie, living in the ever-growing and diverse culinary landscape that is the City of Los Angeles feeds her never-ending pursuit of the perfect comfort food—the world's best Mac n' Cheese!
View all posts by Monique A. LeBleu →
This entry was posted in Events, Food and tagged Chinatown, city of gold, City of LA, Elise Thompson, food critic, gilded city, gold, Grand Park, Jitlada, Jonathan gold, LA Times, Los Angeles, Los Angeles City Hall, Monique A LeBleu, Sarintip "Jazz" Singsanong, Suthiporn Tui Sungkamee, The Broad, the la beat, The LA Times, the los angeles beat, The Wiltern, Union Station, Wilshire Grand. Bookmark the permalink.