Where the Cool Kids will be on Halloween Night 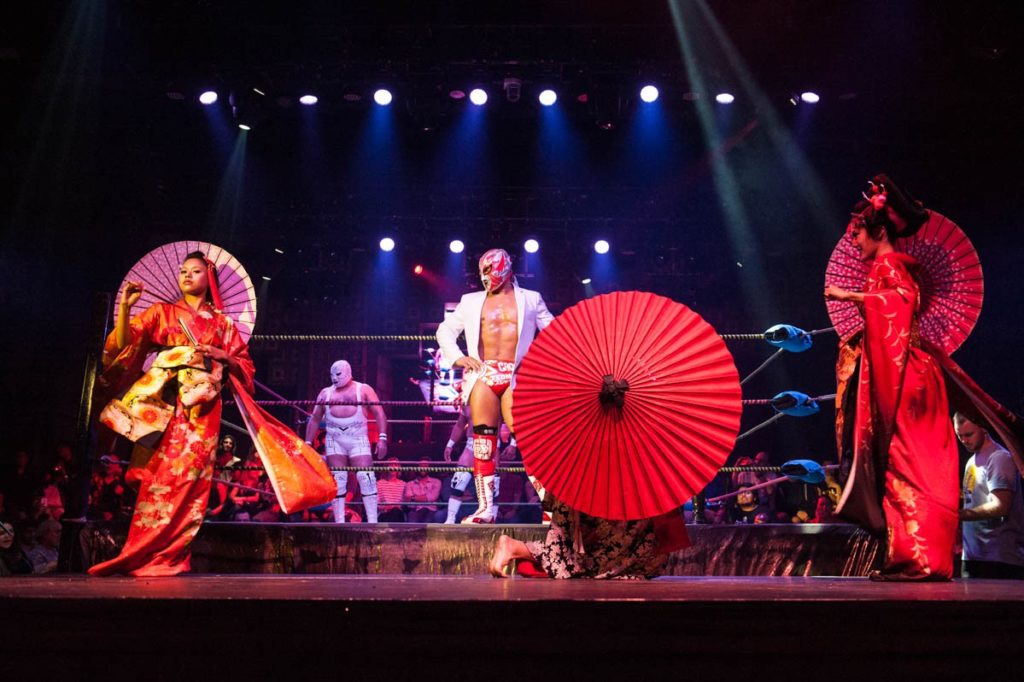 Halloween may be on a Wednesday this year, but there are still a lot of fun events happening. Once again, we have sifted though the night’s party action and discarded all of the douchy events redolent with Axe Body Spray; you know–the ones with mandatory table service and $100 cover charges? Here, just for you, is our specially curated event list with something for everyone (who is not a table service douche).

The Hollywood Palladium, which has been the site of everything from Ramones concerts to religious services is teaming up with Live Nation Concerts to present John Carpenter in concert, performing “Halloween,” as well as his other film scores. All tickets for this show are General Admission Standing Room only. Getcher tickets here.

Off Grand presents this year’s edition of their annual Halloween mash-up of opera and cinema at the Theatre at Ace Hotel. The film will be “Carl Theodor Dreyer’s surreal 1932 masterwork, one of the most unsettling vampire movies ever made.” A new score by Joby Talbot will be performed live along to the film by a chamber orchestra and singers. Stay for the Halloween cocktail party afterwards. To fit in with the ornate and creepy atmosphere of the historic Ace Hotel, wear your best black garb. Capes are suggested, but not required. Buy tickets here.

If Vampyr is too rich for your blood, check out Nosferatu, presented by LA Phil and priced as low as $33. “Nosferatu the Vampire” is the first (and unauthorized) film about Dracula. Footage of the famous, tall, blood-sucking monster with pointy ears and long claws has been inserted into untold music videos and films. Even if you have never seen the movie before, you will recognize the character immediately. Organist Clark Wilson will provide a live soundtrack to the silent German Expressionist film. Buy tickets here.

Cinespia is our go-to for great films, and this Halloween they will be showing the subtly creepy 1971 classic Willy Wonka and the Chocolate Factory on the big screen. In addition to the film, Los Angeles Theatre will be transformed into a fantasy wonderland (if they make a chocolate river I’m so there). Guests can enjoy  a DJ dance party, custom photo booth, full bars on every level, and special surprises (Like a chocolate river?).

Doors for this event open at 7 p.m. with the film starting at 9 p.m. Only people in costume will be admitted. There will be a costume contest with a secret grand prize. Tickets range from $35 to $85. For tickets and more information, go to the website.

If you are any kind of cinema or horror fan, you will be familiar with Suspiria, Dario Argento’s 1977 classic about a girl’s dance school in Germany becoming the scene of grisly murders. Luca Guadagnino, director of Call Me By Your Name has remade the cult horror film. It won’t have Jessica Harper, but it will have Dakota Johnson and Tilda Swinton. Amazon Studios has provided a sneak peek early screening of the film at the nonprofit community theater, Frida Cinema. Tickets here!

Is Halloween a big drag for you? Then get yourself down to the Redline downtown. Chanteuse Ava Max will be performing  live, with drag performances by Blair Valerie Vonboom Hernandez, Rainy Dayz, Isadora Manson, Barbra Wyre and more! DJs David Banjela and Rubella Spreads will be spinning and there will be a costume contest at midnight wit a $100 prize. Rueben Valenzuela and Joshua Hernandez will serve as “Dancefloor Mean Girls.” I don’t know what dancefloor mean girls are, but it sounds awesome. Plus free candy and treats. Special grab bags for the early worms.

Curse of the Tiki at Clifton’s Republic

When Clifton’s was remodeled they added a Tiki Bar to the basement. But the ticket gives you access to four floors of spooky mayhem, so they may have tiki-ed up the whole place for the night. This event promises haunting Pacific Seas legends will take over Clifton’s. Join them for a boozy night of exotic spirits, Hula Girls and “a host of fiendish wonders!” 21 and over only. Get your tickets here.

Cabaret L’Enfer at The Edison

This underground former power plant can’t be beat when it comes to atmosphere. The club’s Cabaret L’Enfer will feature live performers like go-go dancers, stilt walkers, tarot card readers and an “extraordinary selection of Attractions Diaboliques.” The drinks might be a bit pricy, but they are sure to be quality Guests in costume get a discount at the door. Buy Tickets here.

In Fuzz We Trust Halloween Bash II at The Redwood

If you are looking for some genuine hard-rocking live music and would be more comfortable in a divey bar downtown, you have to hit The Redwood Bar on 2nd Street. Eddie Lopez will be hosting the party, featuring Obey the Wolves, a fuzzy, somewhat psychedelic band with hard-hitting drums and Fire Bug, an also fuzzy band with an intense 4/4 beat and Grace Slick quality vocals. The cover charge isn’t listed, but it will certainly be less than $20, if anything. The drinks are cheap and the food is good at this pirate-themed bar haunted by the legends of punk rock and the rising bands of tomorrow. I recommend the fish & chips.

Halloween Bondage Ball at The Mayan

I would be remiss if I didn’t mention LA’s biggest and wildest Halloween party. This traditional event showcases some of the best costumes you will ever see. It’s definitely something you should do once in your life. The reason it’s not at the top of my list is that over the years it has morphed into more of a looky-loo event, with less costumes and more “tourists” checking out the “weirdos.” Uber and Lyft have solved the parking problem, but my final caveat is that it’s hard to find a bathroom. Be prepared to buy a drink and wait in a long line. Insider tip: The police station has a nice bathroom, and it’s also a good place to wait for your Uber or Lyft. Please don’t bring children or pets, and definitely wear a costume. Only clear bags are allowed, no bags or backpacks. Be ready to party with several hundred thousand people. We are talking Times Square and Mardi Gras-sized crowds. The outdoor Carnaval will stretch over one mile of Santa Monica Boulevard/Historic Route 66 between Doheny Drive and La Cienega Boulevard. There are no ferris wheels — it is not that kind of carnival. But there will be lots of entertainment and lots of bonhomie

For more Halloween action, check out these posts:

Rooftop Movies at the Montalban Theater