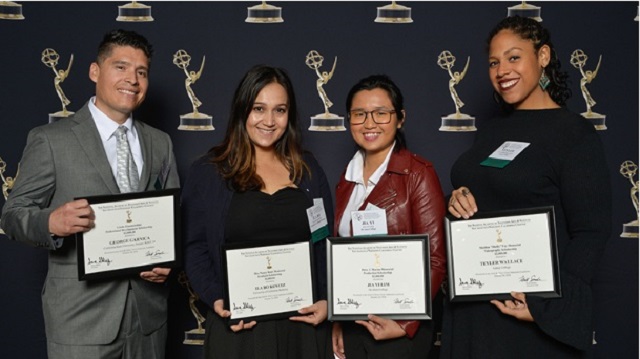 That said, no one could be currently more excited than Chairman of the NATAS Foundation Doug Mummert: “We are happy to announce the details for our annual scholarship process for the next generation of television professionals. These students are the future of our craft and industry. Every year we are impressed by the content, execution and breadth of scope of the entries we receive from these young, talented future leaders of television.”

NATAS President and CEO, Adam Sharp, and 1996 Trustees’ Scholarship winner himself, added, “With the slate of scholarships available, we reaffirm the standard of creative achievement reflected in the Emmy® Award by investing in these young talented students and acknowledge the lasting legacy of those great practitioners of our craft who have left their mark on our industry!”

Melinda Roeder, Chair, Scholarship Committee rounded out the collective enthusiasm with, “Every year the judges are more impressed with the creativity and quality of content students submit. The aim of this scholarship program is to reward their efforts while encouraging students to pursue careers in television broadcasting and video production and uphold the high ideals and standards NATAS exemplifies.”

With an affirmed deadline of Thursday, March 11, 2019, at 5 p.m.  EST, high school seniors interested in pursuing a career in any aspect of  television can enter to win the following notable scholarships. 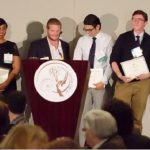 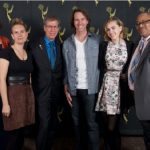 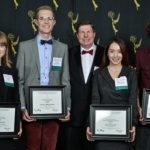 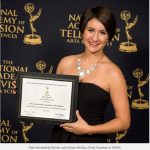 Each will be granted to two exceptional graduating seniors aimed at attaining television-related baccalaureate degrees:

The Douglas W. Mummert Scholarship ($10,000) – Aimed towards any student pursuing a career in the television industry who has made a beneficial imprint via work through community service.

The Mike Wallace Memorial Scholarship, now in its 7th year, is made possible by an endowment from CBS News in commemoration of the venerable correspondent himself (circa 1918-2012) and is presented annually at the News and Documentary Emmy® Awards. The Jim McKay Scholarship currently celebrates its tenth year and is bestowed in honor of sportscaster Jim McKay (circa 1921-2008). Founded in 2009 by HBO, CBS, NBC, ABC, and FOX, it is granted at the Sports Emmy® Awards. The Randy Falco and Trustees Scholarships currently celebrate their fourth year.

Winners are determined by Trustees and officials currently employed by The Foundation of The National Academy of Television Arts & Sciences in conjunction with the National Scholarship Committee. Creative works, along with Univision Communications Inc., participate in kind via thorough review concerning the Randy Falco Scholarship. Final selections pertaining to all applicants will be made in late April.

Jennifer K. Hugus was born at a very young age. At an even earlier age, she just knew she would one day write for the LA Beat! Having grown up in Massachusetts, France, and Denmark, she is a noted fan of Asian Cuisine. She studied ballet at the Royal Danish Ballet Theatre and acting at U.S.C. in their prestigious BFA drama program. She also makes her own jewelry out of paints and canvas when she isn’t working on writing absurdist plays and comparatively mainstream screenplays. Jennifer would like to be a KID when she grows up!
View all posts by Jennifer K. Hugus →
This entry was posted in Miscellanious and tagged Douglas W. Mummert, Emmy Awards, Foundation of The National Academy of Television Arts and Sciences, Jim McKay, Mike Wallace, NATAS, Randy Falco, Scholarships. Bookmark the permalink.