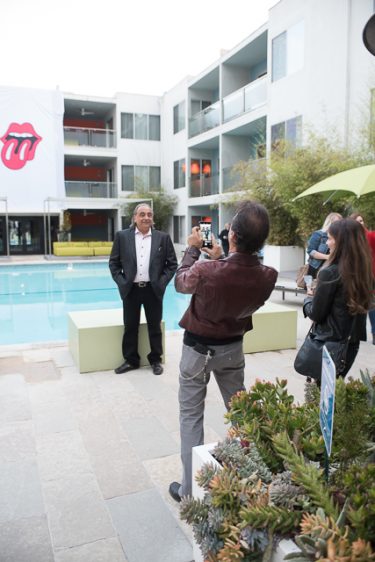 Keith Richards at The Sunset Marquis. All photos by Ivor Levene.

You know that any post anywhere that starts with the words, “Keith Richards” has got to have a great time embedded in it. Last night at The Morrison Hotel Galleries was no exception. I say “Galleries” because the event, “Keith Richards, Unfiltered,” was launched simultaneously in all three locations last night; New York, Los Angeles, and Maui, which makes the presence of Mick Fleetwood in Los Angeles a little bit curious (he is the proprietor of the Maui location).  I asked him, “Shouldn’t you be in Maui right now?” and got a quizzical look and a chuckle.

It’s no secret to anyone who’s read any of my posts here that I consider the Morrison Hotel Gallery at The Sunset Marquis the nexus of rock and roll and photography in Los Angeles. Last night was no exception, as the rock stars came out in full force to honor Keith Richards, weeks ahead of the kickoff of The Stones’ North American tour.

On hand were the aforementioned Mick–Fleetwood (the other Mick), Billy Gibbons of ZZ Top, The LA Beat’s own Nikki Kreuzer, famed photographers Henry Diltz, Timothy White, Jimmy Steinfeldt, famed producer/manager John Hartmann, and last but surely not least, one of the creators of The Rolling Stones logo, Ernie Cefalu. The day before the event, without fanfare and during a rare gloomy moment on the Sunset Strip, a giant banner bearing Cefalu’s logo was unfurled above the pool, right over top of Robert Plant’s visage (Sorry Robert, but The Stones are touring).

If you love everything Keith Richards, then you need to be at this exhibit, which runs through June 22nd. It’s being held in conjunction with the upcoming tour and features many rare and unseen photos of Keith. Want to buy one of those elusive Talk Is Cheap deluxe boxed sets?  You’ll find them here. The exhibit ends a day after the tour starts in Chicago, so it’s perfectly timed to stretch out the entities we all love, Keith Richards and The Rolling Stones. It’s been a while since I’ve been to an event at Morrison Hotel Gallery, but it never gets old, it never gets boring, and it’s always a blast!  Stay tuned here for more Rolling Stone news.  For more information on the exhibit, visit the website. 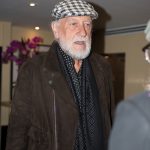 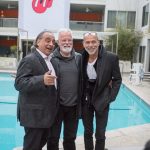 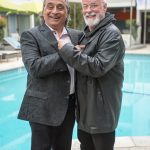 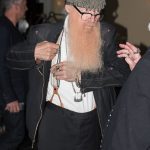 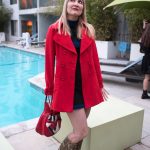 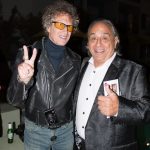 Ivor Levene likes to interview musicians, write about music and musicians, play music, listen to music, read about music, photograph musicians, and anything else you can think of with music. He has been involved with the music scene for over thirty years and his posts have appeared all over the place! Ivor says "I'm going to write about music as long as I have something to say".
View all posts by Ivor Levene →
This entry was posted in Attractions, Events, Music and tagged #henrydiltz, #keithrichards, #morrisonhotelgallery, #rollingstones, erniecefalu, johnhartmann, mickfleetwood, pacificeyeandear, timothywhite, zztop. Bookmark the permalink.

One Response to Keith Richards at Morrison Hotel Galleries