Goddesses and Gods Exhibit at the Lisa Derrick Gallery in Chinatown 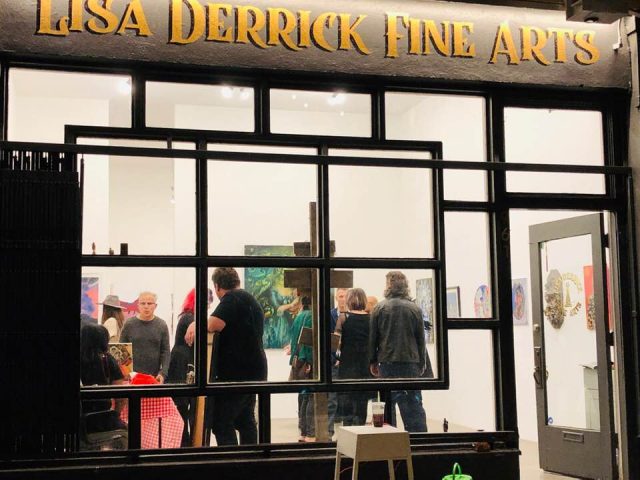 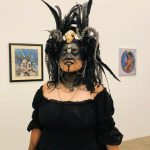 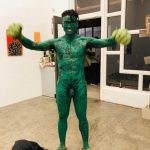 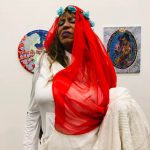 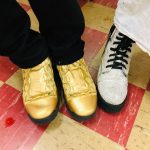 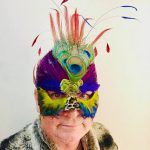 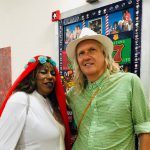 Early punk pioneers Hal Negro and the Satintones, once a side project of Arthur J and the Gold Cups, were back in a new incarnation called Marty Gold and the Gold Standard, playing obsure rock. There was also a floorshow by way of all of the divine themed costumes.

The art in both galleries bridged the heavens and the earth. The Gods are aliens. It was a great night for shape shifting. What a way to celebrate the solstice!

The show will be on display at Lisa Derrick Fine Arts and Coagula Curatorial through July 20, 2019

Tequila Mockingbird has been a longtime fixture on the LA music scene. Her first band was "Trouble for Nora" with Mitch Mitchell of "The Jimi Hendrix Experience." She sings with Jeff Goldblum and you can catch her show Saturday nights at Canter's. She is also a promoter, actress, writer and inventor. Her company, Do Monkey Productions, booked the historical punk rock TV show, "New Wave Theater." She has been published in Buzzbin Magazine and has a regular column in Rock City News. Recently she has created Tequila Tattoo Cream and opened The Punk Rock Museum to bring old friends together for art, music , and culture. It is located at KGB studios and curates special events all over Los Angeles in Pop up form. The museum has also contributed art to Pershing Square and Tequila hopes to curate more events for the city that she loves. www.lapunkmuseum.com
View all posts by Tequila Mockingbird →
This entry was posted in Art, Events, Fashion, Photo Essays. Bookmark the permalink.