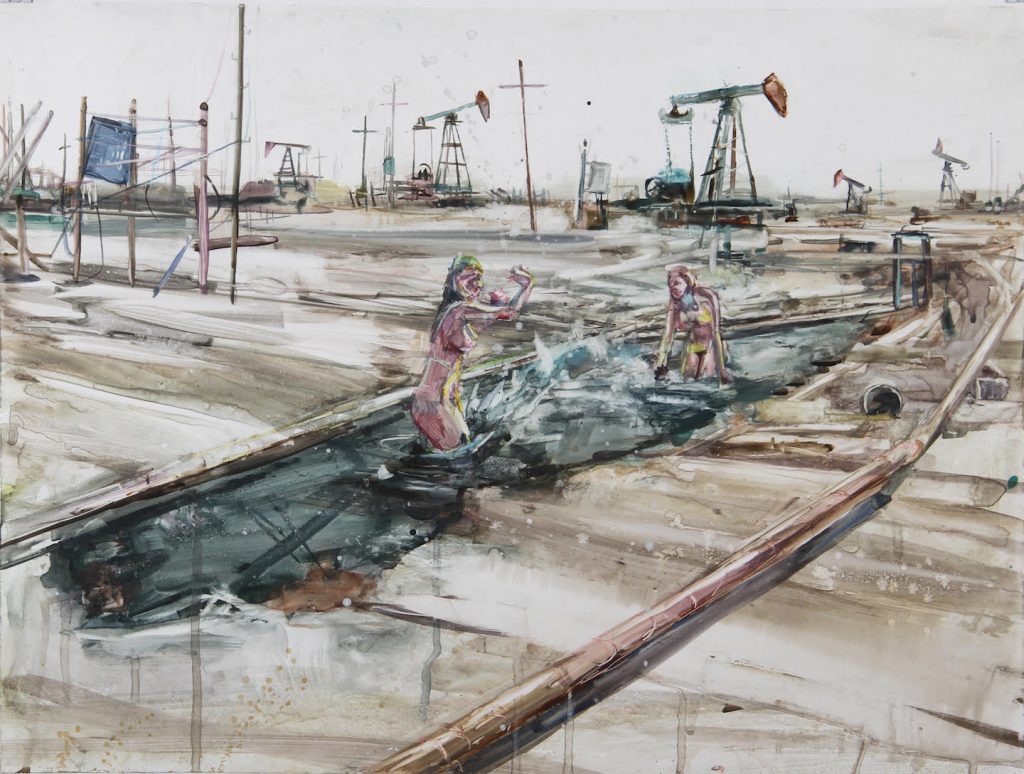 In the Warm California Sun. by Molly Segal, courtesy of the artist.

Painter Molly Segal has always loved industrial decay. Raised in Oakland, she returned to what she describes as “gross and gorgeous” California by way of Boston five years ago during a major drought. She began to think about drought in its many forms: finite resources, rechargeable commodities, being energetically spent.

The paintings, made with thin layers of dripping watercolor, seem to freeze the painter’s energy in a kinetic state of freshness. The scenes also have a sheen to them that she explains is accomplished through plastic in the paper. 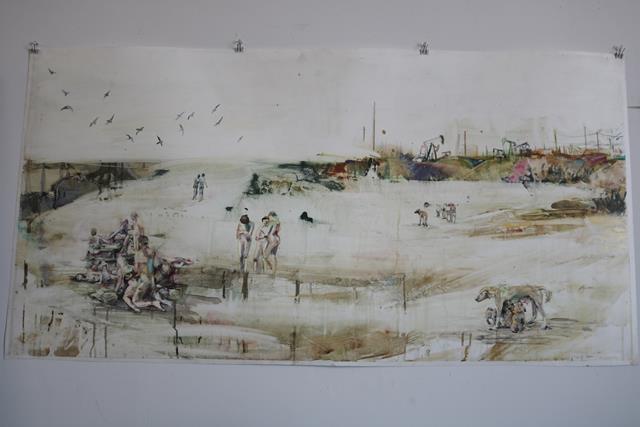 Segal approaches her subject matter, “not like an essay with a specific point of view, but through a wave of feeling.” The dystopian landscapes also provoke a visceral response in the viewer. One feels a part of the muck, implicated. And yet there is still pleasure that comes with the spectacle; figures splashing in a puddle of oil like vacationers “In The Warm California Sun,” another pair walking off, arm and arm, away from the naked throng and towards the obliterated sunset in “Dry Spell.” For me, there is a strange hopefulness hidden in these desolate vistas. Among the waste of industry, puppies suckle, birds soar, and the houseless enjoy having the edge of being already prepared for the world-to-come. In the quagmire of death, pollution and plastic, life persists.

The day I visit Segal’s studio, I get home and take a shallow bath. Her afterimages linger and make me more aware of the finite resources in this drought-prone city. Because the water is so low, my body is turned into discrete land masses, lonely islands in the puddle. A thigh. A beached whale. I am refracted by the experience of her paintings into a mere human animal, gross and gorgeous.

Molly Segal is part of a three person show called “Mad Skills” that opens this Sunday, November 10th, at LSH CoLab, 778 N. Virgil Ave. Los Angeles, CA 90029. Segal’s works, along with those of Frank Ryan, and Nick Taggart will one display until December 1, 2019. 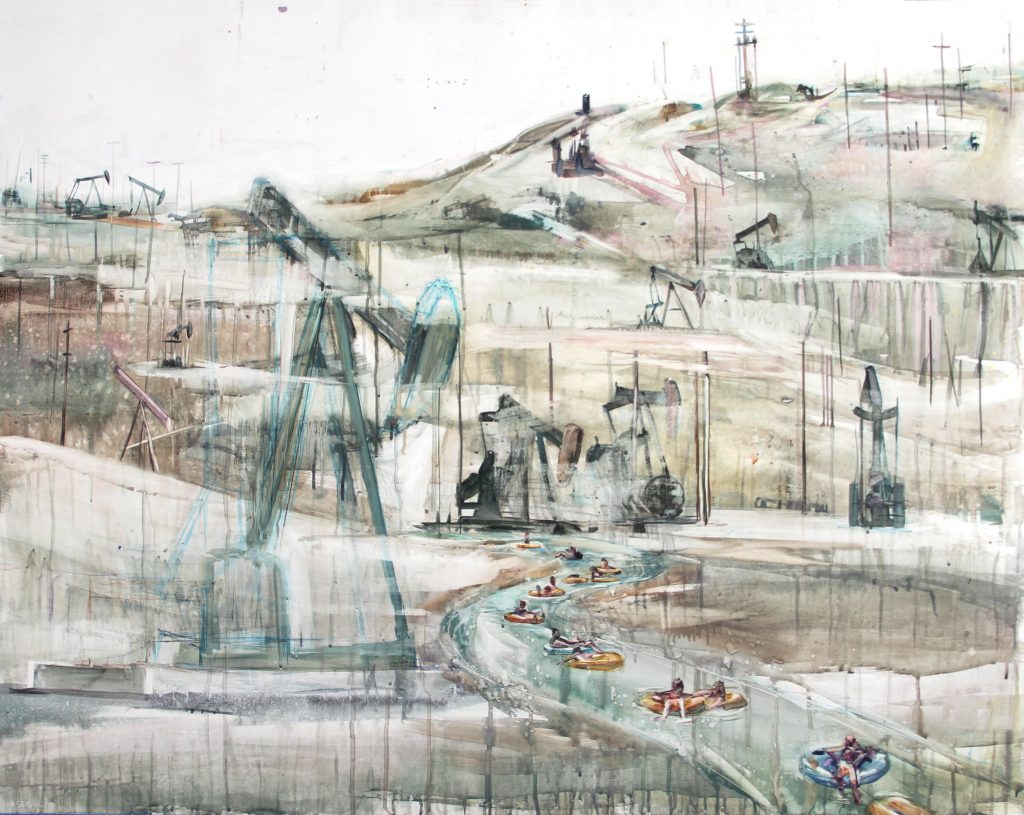 Downstream, by Molly Segal, courtesy of the artist.

Daviel Shy an independent scholar, writer, and filmmaker. She has written and directed nine shorts and one feature film, The Ladies Almanack, which premiered at Outfest in 2017 and theatrically at The Roxie Theater in 2018. She taught writing at The Art Institute of Chicago, film at the University of Illinois at Chicago, and Profile of a Radical at the Women’s Center for Creative Work in Los Angeles. Her writing has been published in Performance Research Journal, by Dancing Girl Press, WALLS DIVIDE PRESS and on YES FEMMES.com. She is an avid self-publisher, with over ten years of zines and mini-comics out on the shelves of various book shops, galleries, and as part of the collection at the Edendale Library. She is the founder of Arts of the Analog, an organization that promotes analog art-making, and LMNOP: Lesbian Movie Night Ongoing Project, running since 2011. She is currently in development on her second feature film, a fable of modern end-times in post-tech San Francisco.
View all posts by Daviel Shy →
This entry was posted in Art, Miscellanious, Upcoming Events. Bookmark the permalink.