A Preview of East LA Meets Napa: Shapes of Things to Come 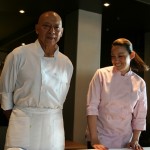 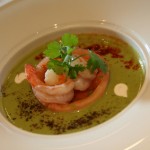 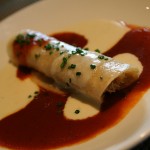 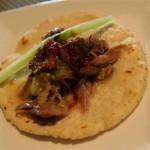 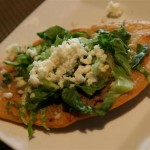 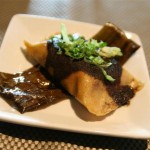 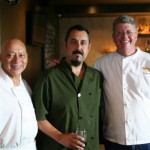 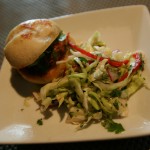 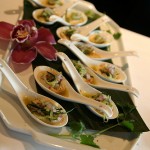 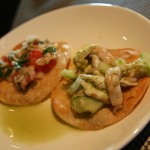 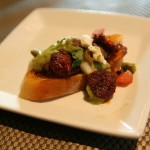 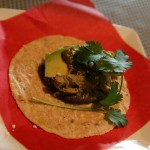 Last week, Setá in Whittier hosted a preview of the upcoming East LA Meets Napa event held annually at Union Station. The benefit will be held on July 8th and sells out every year, so order tickets now. The event is one of many popular fundraisers for AltaMed, an organization commited to providing patient-centered healthcare to the underserved populations of Los Angeles and Orange counties.

East LA Meets Napa offers wines from over 60 wineries, with countless participating restaurants crowding the expanse of the Union Station plazas. It is one of the few foodie events that has forced me to cry, “Uncle!” and give up before hitting every table. This time around, the theme will revolve around the state of Michoacán, “the soul of Mexico” located on the Pacific coast.

The chefs gave us a preview of the delights to come with their interpretations and homages to the cuisine of Michoacán. It was my first visit to Setá but it will not be my last. The upscale steakouse featuring “Modern American cuisine with Mexican and Asian influences” is the home of Chef Hugo Molena, who has traveled extensively in Mexico.

Chef Molina presented two of the notable dishes of the day. The Chilled Avocado Soup with Tomato Congee was a perfect start to the tasting, with a complex layering of flavors to balance out the coolness and the spiciness. The Puerco Barbacoa with Chilaque Sauce, Chipotle mayonnaise and a Cabbage salad was a memorable play on Tennessee pulled pork sandwiches. The “coleslaw” was brightened by a heavy dose of cilantro, and I immediately decided all coleslaw henceforth should contain cilantro.

Other standout dishes Included Loteria Grill’s Tacos de Mole Verde Michoacan, with a variety of greens built upon the seed-nut base instead of the usual fruit and chocolate.

The Palmito Ceviche tacos of Chef Ricardo Diaz from Dorados may have been the best vegan dish I have ever tried, with a delicate Mexican variety of hearts of palm. Chef Diaz also represented Guisados with Duck Tacos that elicited audible sighs of pleasure from around the room. Again, with the homemade chorizo in the Torta mi Ranchito from Cook’s Tortas, Chef Diaz blew my mind.

Phlight was the last restaurant to hit the table, when we were already leaning back in our chairs. Nonetheless, I devoured the simple but perfectly executed Huarache with Black Beans, feeling somehow like I had to excuse myself to my neighbor, explaining, “I can’t stop eating it.”

The dishes were paired by the chefs with three wines. A 2007 Chardonnay from Rios Wine Company was a refreshing relief from the spicy foods, while Rebellious Red from Sequoia Grove Vineyards (2008) stood up well against the more intensely flavored dishes. The fruity and full-bodied 2008 Pinot Noir from Mi Sueño Winery was a fitting end to the hearty tasting.

Disclosure: This tasting was a press event

Born and raised in the great city of Los Angeles, this food, culture and music-loving punk rock angeleno wants to turn you on to all that is funky, delicious and weird in the city. While Elise holds down the fort, her adventurous alter ego Kiki Maraschino is known to roam the country in search of catfish.
View all posts by Elise Thompson →
This entry was posted in Cocktails, Beer, Wine & Weed, Events, Photo Essays and tagged East LA Meets Napa, Hugo Molena, Loteria Grill, Meican food, Michoacan, Seta, Whittier restaurants, Wine events, wine tasting. Bookmark the permalink.