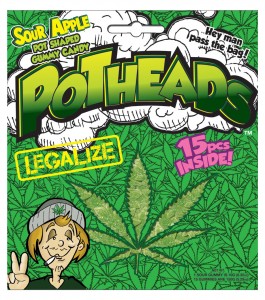 Hey, man, pass the bag! There’s a new candy in town… and it ain’t hay. It’s PotHeads, a sour apple-flavored candy shaped in the form of the notorious “Assassin of Youth”, otherwise known as giggle weed, Mary Jane and Puff the Magic Dragon.

PotHeads has incited disgruntlement from authorities around the country. Who is this pusher man? It’s Kalan LP from Landsdowne, PA. They sell mostly novelty and party items, with “Occupy”, “Gay Pride”, “Zombies” and “Beer Pong” as some of their other themes. 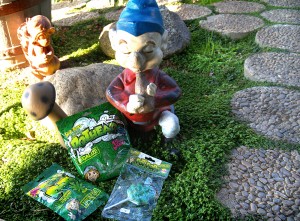 This candy comes in three forms – PotHeads (gummy pot leaves), Ring Pots (pot leaf ring candy) and PotPops (pot leaf lollipops). Wherever you stand on this issue, at least we can all celebrate the fact that PotHeads is “No Fat” food. And Kalan LP’s motto is uplifting: Providing you with gummy candy that meets our HIGH STANDARDS! Therefore, would it be so terribly, terribly wrong to just relax, commune with nature and dig their vibe?

With so many problems in the world today, is PotHeads adding to them or lightening them with some comic relief? Or are they serving us some food for thought? I think I need to nibble on some Meiji mushrooms and ponder these questions. 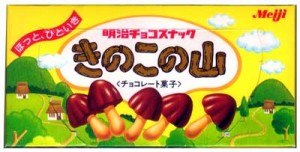 From a Candy Wrapper Museum perspective, it’s always fun when candy scandals break out. Candy has an inexorable bond with society, with its ties to the holidays, to romance and to youth. It can be serious, it can be frivolous, it can be childish, it can be sensuous… and the presentation of any of these elements can either be forgettable, absolutely spot-on, or comically off the mark. That’s why collecting candy can actually be interesting. Personally, I just think PotHeads is a lot of fun.

Looking back on candy scandals, remember when they banned the old candy cigarettes? They were hard to distinguish from the real deal. You could even puff a candy cloud with them. An old box of Viceroy candy cigarettes boasts “Extra long – extra tasty” and features a promotion for getting a cigarette holder FREE! No ban could completely separate kids from candy cigarettes, however – they were just renamed “candy sticks” and they can still be bought, although they are usually sold in a novelty context rather than on the regular candy shelves.

And then there was Hippy Sippy, which came out in 1968 and was swiftly banned amidst an uproar. It was a plastic syringe filled with tiny balls of candy and came with groovy pins with slogans such as “I’ll Try Anything”. Someday, if I’m either very wealthy or very lucky, I’ll be able to obtain a syringe for the Candy Wrapper Museum, but for now, I am collecting the pins. …On the flip side, the Mary Jane Bar has been around for over a century and has never been yanked because of the association with pot slang, but I was amused to see that someone asked “Yahoo! Answers” if it was in fact laced with marijuana. Everybody loves an urban legend. 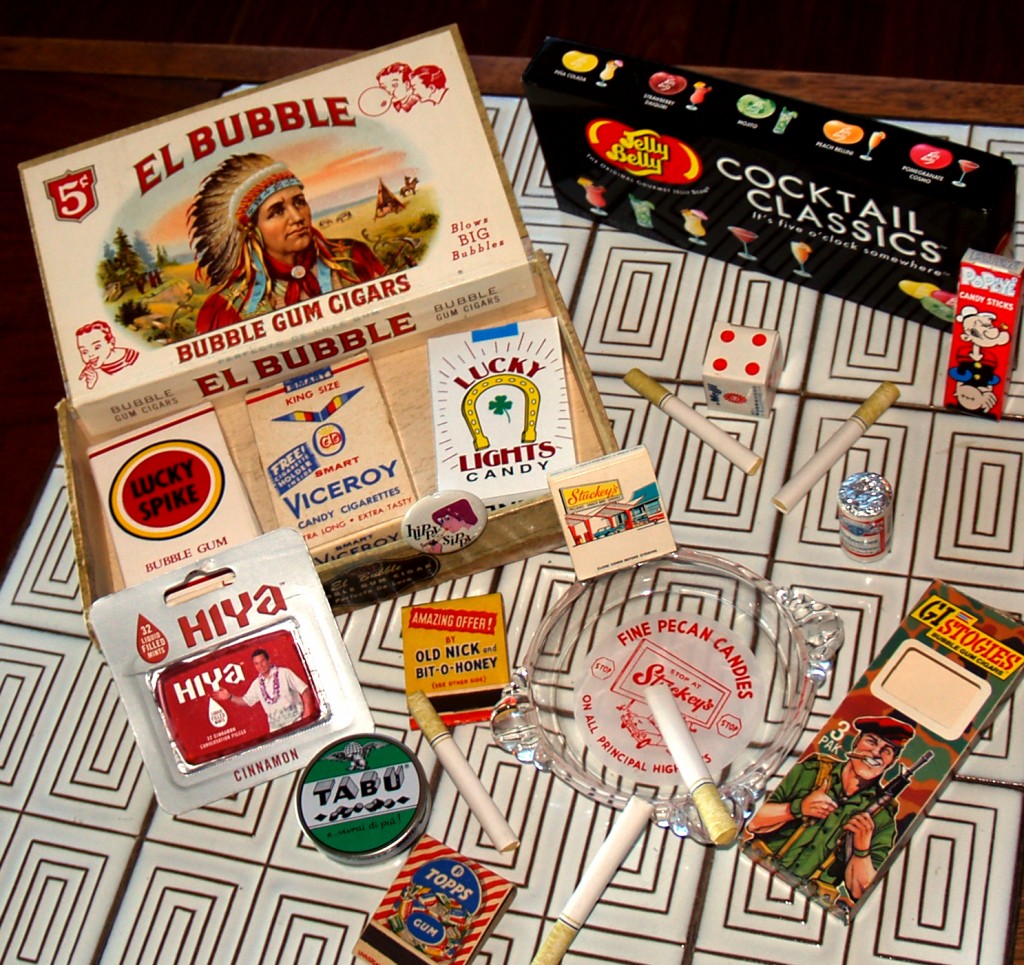 It’s arguable that candy itself is a drug. Chocolate, they say, makes us feel happy, makes us feel sexy, reduces hypertension and can prevent tooth decay. Hm… I think a snack might be in order right now….

You can visit KalanLP’s site here.

Darlene is the author of "Classic Candy: America's Favorite Sweets, 1950-80" and curator of the Candy Wrapper Museum, which is comprised of her personal collection which she began as a teenager in the 70s. The CWM has been featured in numerous TV shows, magazines, newspapers and blogs, and made its art gallery debut in 2010 at the Scion Space's "Palate" show.
View all posts by Darlene Lacey →
This entry was posted in Art and tagged Candy Cigarettes, Kalan LP, PotHeads. Bookmark the permalink.

4 Responses to SWEET TALK – TUNE IN, TURN ON… EAT CANDY