The Nom Nom Truck at Last 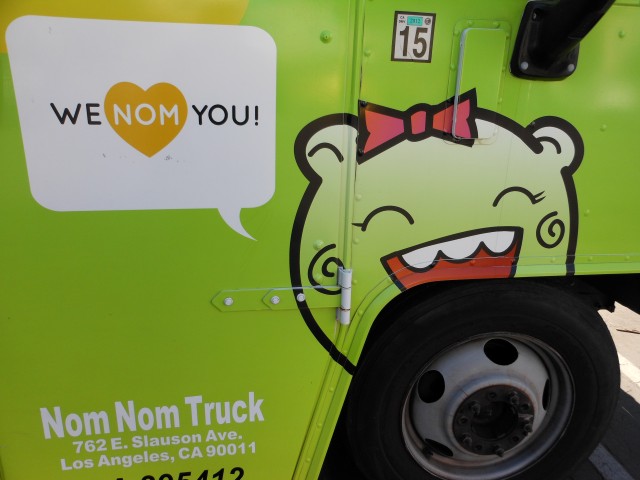 I have a confession to make. I do not nom. I have never nommed. I have also never Kippled, but that’s another joke altogether. Five or so years ago when nascent food trucks were just rolling out onto the streets, the Nom Nom Truck was one of the first to make a splash. It took a popular delicacy (Banh Mi) that couldn’t just be found on any streetcorner and brought it to the people, which was one of the reasons trucks have flourished.

It also doesn’t hurt that their food is fucking amazing. I finally caught up to the truck (ice creamm maaaannnn!!!) this week and was able to sample a few of their delicacies. The truffle fries were hot and crispy pomme frites. The truffle was so intense, and by the texture it seemed like they had both white truffle powder and a drizzle of oil on them.

The chicken taco was the kind of thing where I pick the meat out. The pickled vegetables overwhelmed the taco. It was a different story with the banh mi. Banh mi is a Vietnamese sandwich using a French baguette, usually filled with cilantro, pickled vegetables, and various meats including pate. I chose the popular grilled pork with a sweet honey glaze. On the sandwich, the pickled vegetables added one note to the flavors, and were a perfect compliment. The cucumber was cool and jalapeno added a touch of fire. One amazing sandwich. And that is why Nom Nom is still going strong and will continue to roll. 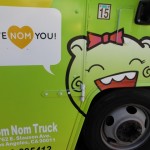 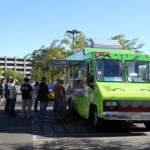 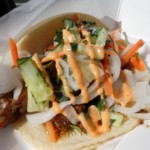 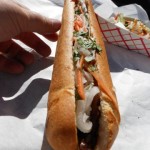