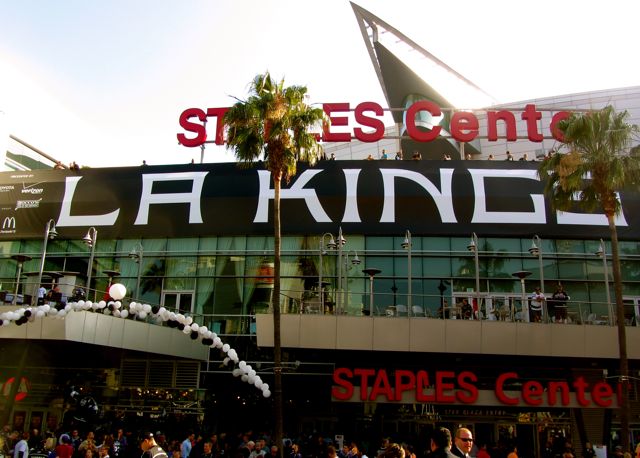 Last year at this time if you would have told me I’d be watching the Los Angeles Kings come to within two games of the Stanley Cup, the Clippers contending for an NBA title, whilst the Lakers find themselves giving up critical games in the playoffs due to the sub-par play of Kobe Bryant, I would have thought you insane.

Such is the state of the sports world in Los Angeles. It’s 2012. Maybe those Mayans were onto something. Listen, the Lakers choking to me is not a huge surprise. Their window is closing, if not already shut. But the Clippers, and now the Kings? Even the previously DOA Los Angeles Dodgers find themselves dominating baseball….for now. It’s a great moment in time to be a fan of sport in Los Angeles.

Oh yeah, my UCLA Bruins men’s basketball team just reeled in probably their greatest recruiting class ever for the 2012-2013 season.

While both the Lakers and Clippers are both likely to be eliminated before making the NBA Finals, for the first time since 1993 the Los Angeles Kings are the best show in town and making history with every victory in the post season. With one more victory they will make the Stanley Cup Finals for only the 2nd time in franchise history, only this time they are going to win it.

(Photo gallery after the jump)

With one more victory the Kings will become only the 2nd team in NHL History to even make the Cup Finals as an 8 seed. The last team to do it was the 2005 Edmonton Oilers. No 8 seed  in either the NBA or NHL have ever won a League Championship. And no team has ever done it the way the Kings are.

They decapitated the number 1 and 2 teams in the conference losing only 1 game along the way and have yet to lose a game to the soon to be eliminated Phoenix Coyotes. If they win Game 4 as I expect them to do, that would make them 12-1 in the playoffs, without a loss on the road. That’s never been done in any sport by an 8 seed, let alone a top seed.  Kobe who?

I profess my knowledge of the game of Hockey is limited. L.A is an asphalt jungle and I’m a hoops guy. Not much ice in Hollywood. But with my Lakers looking apoplectic I have firmly embraced Kings mania and made it to my first ever NHL Playoff Game last night at the Staples Center, for now the Mecca of Sports in the nation with three teams all sharing the building for deep playoff runs at once.

Hosting it’s first ever Conference Finals game the Staples Center was one big party yesterday. Magic Johnson, Jerry West and Oscar De La Hoya’s effigy’s were adorned in Kings Black and Silver. A Beer tent along with an outdoor street hockey game was set up so the party could start early in the streets of L.A. Live. And there was no shortage of black and silver clad Kings Girls who could probably put the Dallas Cowboy Cheerleaders to shame.

Kings fans are nothing less than fantastic. These aren’t the apathetic, snobby and dull crowds one tends to encounter at Laker Playoff Games. People are friendly, mostly happy, and kind. Yeah, hockey fans, really nice. Who knew? Maybe it’s the playoffs. Maybe it’s the improbable run to the cup. Yesterday’s game 3 victory was a blast.

If things bounce the way I’d like them too, this could also be the first Los Angeles-New York Finals since those Dodger-Yankees duels of  the 1970’s. Please let it be the Rangers. It’s been way too long since we’ve leveled a New York team, and to be able to do it on ice would be miraculous.

There’s going to be a victory parade this year in Los Angeles, something were accustomed to in June around here. It won’t be basketball this time, and that’s fine by this life long Laker addict. This one is coming courtesy of the mighty Los Angeles Kings who are a juggernaut on ice. Whether you are a fan of the sport or not, what we are seeing is history  being made in Los Angeles.  Catch it if you can. This is once in a lifetime.

Game 4 on Sunday at Staples Center. 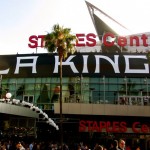 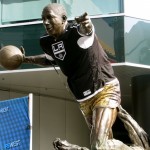 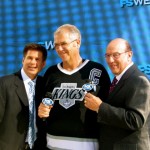 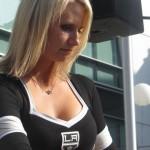 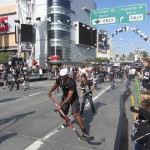 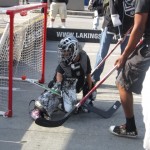 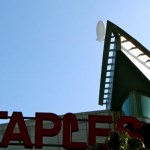 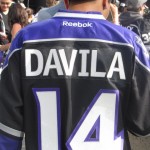 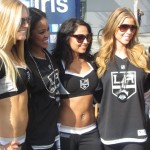 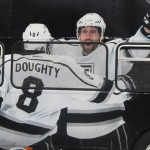 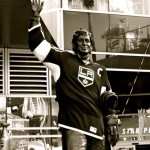 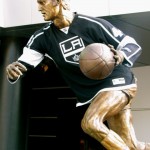 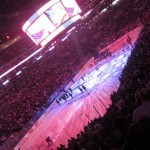 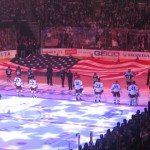 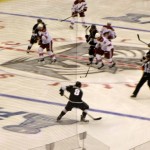 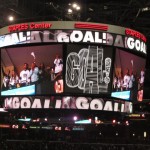 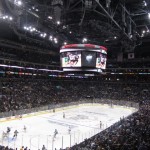 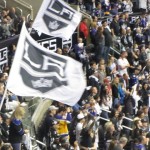 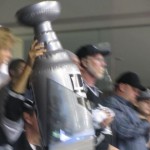 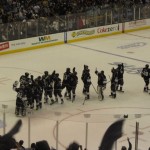 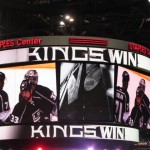 Brian Michaels is grew up in the Fairfax District of Los Angeles in the glory days of the late 1960s and 70s. Only a stone's throw from the Sunset Strip, Michaels had an early education in rock music. Michaels attended his first punk rock show at the age of 14 at the Whiskey a Go Go and has been going strong ever since. Brian is a defense attorney by profession but adds photography and writing to a list of his many passions outside of the his job. Brian can be found on the web at www.exlaprosecutor.com.
View all posts by Brian Michaels →
This entry was posted in Miscellanious and tagged hockey, kings, Los Angeles, nhl. Bookmark the permalink.