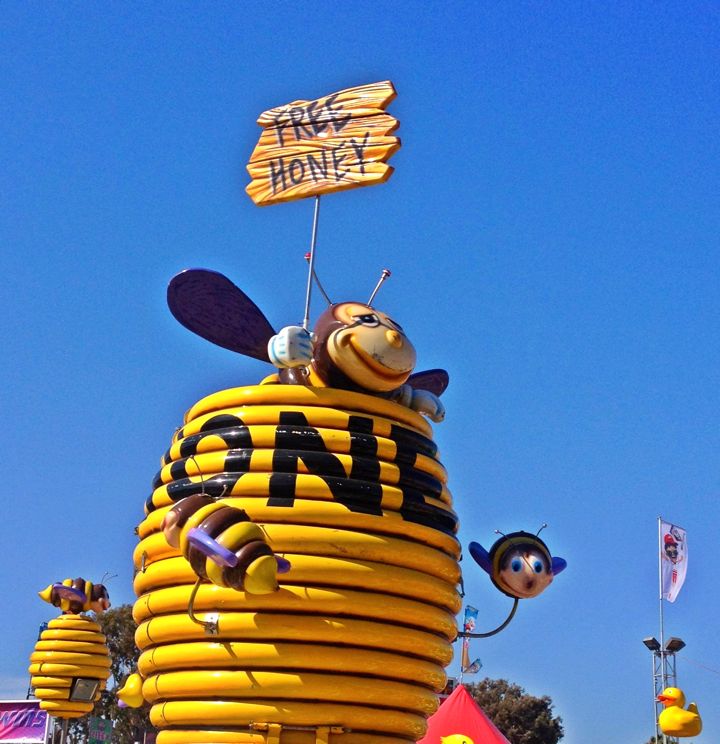 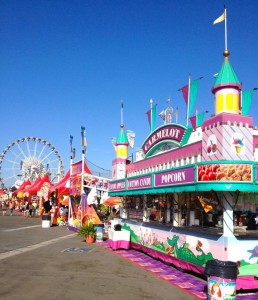 Carmelot: A castle-themed stand that sugar coats everything in caramel (photo b Nikki Kreuzer)

The County Fair… Just reading those three simple words conjures up magical summertime childhood memories for everyone, no matter where in the United States you may have been raised. Sticky cotton candy, dusty live animals, high-in-the-sky ferris wheels, not-so-spooky fun houses, powdery funnel cakes and a whole lot of strangeness disguised as red, white & blue Americana… 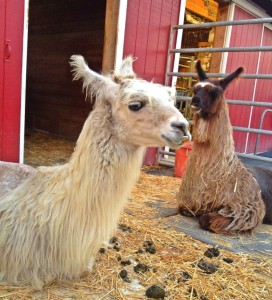 Llamas chilling at the OC Fair (photo by Nikki Kreuzer)

So it should be no wonder that this offbeat girl truly appreciates a good County Fair. And so, prompted by a day of oddness, off to the Orange County Fair I went. Apart from the Monster Truck Rallies and the concerts put on by slightly faded rock stars, there are petting zoos and so much high-calorie, greasy goodness that there is actually a booth sponsored by Overeaters Anonymous.

This year’s O.C. Fair, held in the same spot in Costa Mesa since 1949, runs from July 12-August 11, 2013. After walking around for most of the day I was able to see Joan Jett and the Blackhearts perform to an enthusiastic audience of all ages. This year’s other acts so far have included the Go-Go’s, The B-52’s, Three Dog Night, Weezer and X, but yet to come are Styx, ZZ Top, The Flaming Lips, Roger Daltry and Hall and Oats. You may have missed several Monster Truck events and a Bull Riding display, but you can still catch the show Amazing Dobermans and the Ultimate Dodgeball Competition. 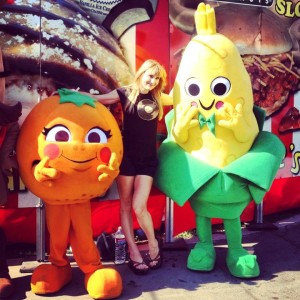 The Orange County Fair had it’s origin way back in 1890 in Santa Ana when it primarily consisted of livestock shows and horse racing. It moved to Anaheim in 1925 where it stayed until 1948. By then it had incorporated rides and more of the typical carnival-like attractions. 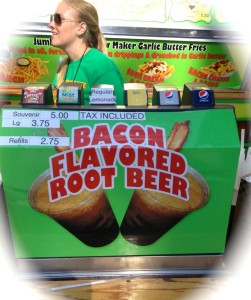 Of course many of the stereotypical clichés of any County Fair are true. You will find pig racing, rigged games of skill, bacon and more bacon… 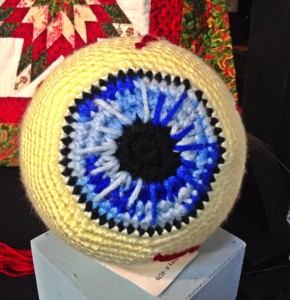 You can expect baking contests and hangers full of local art, but at this particular fair some of the homemade crafts were by far the strangest I’ve seen. I was extremely fortunate to see a crocheted Eyeball Pillow and a wedding dress and men’s suit completely constructed out of duct tape. 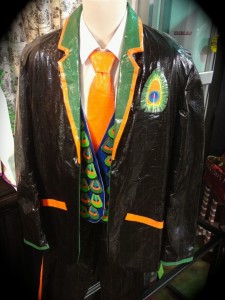 While the foreboding clown head, constructed entirely out of Q-Tips and their bendable plastic wands intrigued me, I fell in love with the knitted Bacon and Eggs Breakfast. 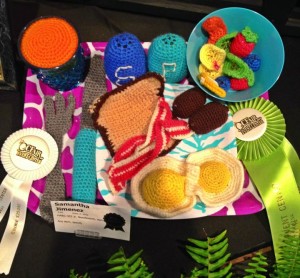 After licking the sugar off my fingertips from a funnel cake nearly as big as my head, I was lucky to catch a Hypnotism act in which a group of audience members were made to fall asleep on cue and dance on stage like raving lunatics. All I can say is that it was truly a typical day at the fair… 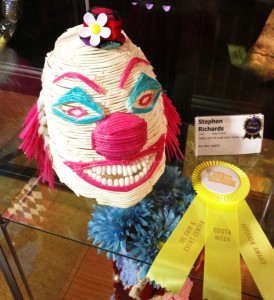 Nikki Kreuzer has been a Los Angeles resident for over 30 years. When not working her day job in the film & TV industry, she spends her time over many obsessions, mainly music, art and exploring & photographing the oddities of the city she adores. So far she has written 110 Offbeat L.A. articles, published at the Los Angeles Beat. As a journalist she contributes regularly to LA Weekly, Blurred Culture and The Los Angeles Beat and has also been published by Oddee.com, Twist Magazine, Strobe and Not For Hire. Nikki is also a mosaic artist, radio DJ and published photographer. Her photography has been featured in exhibit at the Museum of Neon Art, in print at the LA Weekly and is part of an upcoming show at the Neutra Museum in Los Angeles. She has recorded with the band Nikki & Candy as bassist, vocalist and songwriter, directing and appearing in the 'Sunshine Sunshine Santa Claus' music video for the band. She co-hosts the monthly radio show Bubblegum & Other Delights on Dublab.com. Her acting credits include a recent role in the ABC-TV show 'For The People', 'Incident at Guilt Ridge', 'Two and a Half Men', the film 'Minority Report' and 'Offbeat L.A.', a web series, written and hosted by Nikki Kreuzer. Her writing, radio and video portfolio can be found at OffbeatLA.com, her photography work @Lunabeat on Instagram and her music history posts @NikkiKreuzer on Twitter. Find Nikki & Candy music on iTunes, Amazon or at NikkiandCandy.com.
View all posts by Nikki Kreuzer →
This entry was posted in Attractions, Events, Miscellanious, Offbeat LA and tagged Nicole Kreuzer, Nikki Kreuzer, OC Fair, Offbeat L.A., Orange County Fair. Bookmark the permalink.