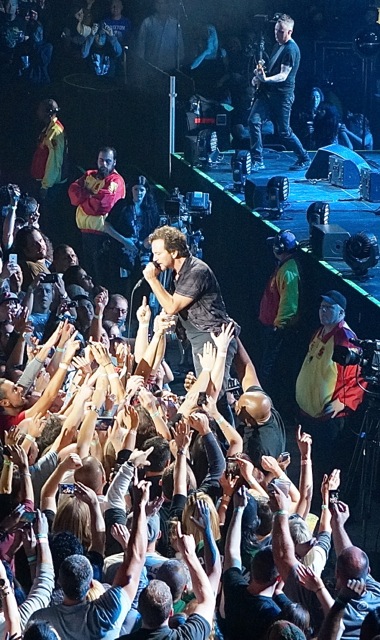 If you grew up in the 1970s, like I did, you were fortunate to live through a period of music history that remains unrivaled. Rock and Roll, that great fusion of Blues and Country, and R and B, which had been the mainstay of popular music since the late 1950s was peaking, and was also at the same time slowly dying.

The Beatles came to a crash in 1970; Hendrix, Joplin and Morrison were all dead within that same year.  But some of the very best Rock and Roll was still out there. Led Zeppelin, by any measure the most successful Rock and Roll act of all time was formed and sold millions of records over the decade.  Queen was born and The Who was still dominating arenas all over the United States up until Keith Moon’s untimely death in 1978. 1979 may have been one of the most eclectic years in all of music history. 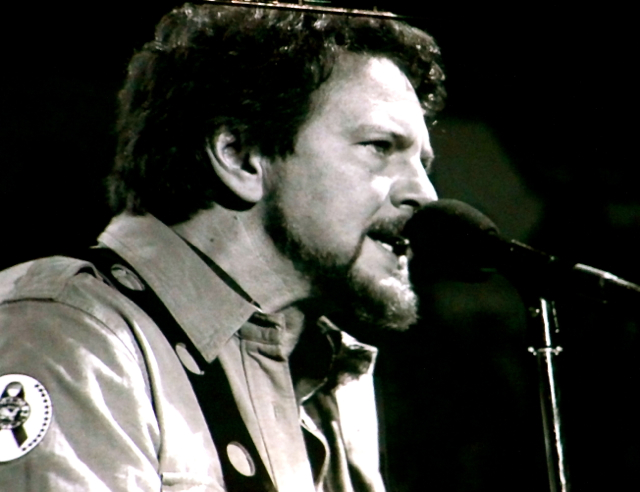 All that changed in 1980. John Lennon was killed. John Bonham, Led Zeppelin’s mercurial drummer died and so did Zeppelin. The Who were finished, for the first time. Rock and Roll was on the brink and remained on the brink of extinction throughout the 1980’s. The only viable Rock and Roll acts were Bruce and the E Street Band and U2. The 1980’s were the dark ages. I know. I lived it.  MTV almost eradicated Rock and Roll where form became more important than substance. No one was listening to music anymore they were watching it.

But then something happened. I remember packing up my bags to go to class one day in 1991, and had MTV on and this video popped up. It was this grainy, black and white wave cresting into the intro to this song which is this wicked distorted guitar lick that made the hair on the back of my neck stand up. The wave crashes into this video that’s just five long haired, unglamorous kids belting out this song live, on stage, in front of a frenzied crowd. No color. No goofy themed video. No glam hairdos or makeup, just kick ass music. 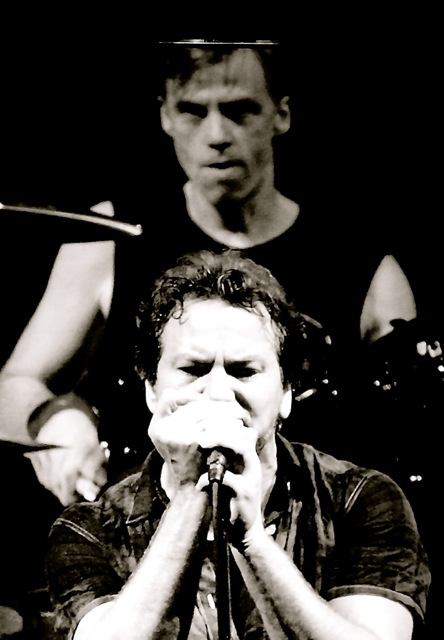 The lead singer is angry, which is what rock and roll should be. The guitars are loud and distorted and bluesy with a groovy bass line and heavy-handed drumbeat. The song was “Alive”, Pearl Jam’s first and most enduring hit song about a young man confused about who he was and angry at the world. This was fucking Rock and Roll at its core and it was back.

Everybody has their own take on what the Seattle sound was all about. Writers at the time dubbed the music coming out of Seattle “Grunge” which was in fact more about a look the media was trying to create, than it was a description of the music. Fans of Nirvana would say Pearl Jam were imitators and it was Cobain and company who were the true standard bearers of the Seattle sound of the 1990s. But Pearl Jam did what Nirvana and virtually every other band in the history of Rock and Roll could not do. They stayed. They stood the test of time.

Pearl Jam is now into their third decade as a band, having recently celebrated their 20th anniversary. With longevity, comes great work. While Pearl Jam has never been able to recreate the magic on record that they did with their first two historic albums “Ten” and “Vs.” they recently released their first new album in 4 years; “Lightning Bolt”, which entered the charts as the #1 record in the country; no small feat in a music industry where, once again, Rock and Roll is fading away. 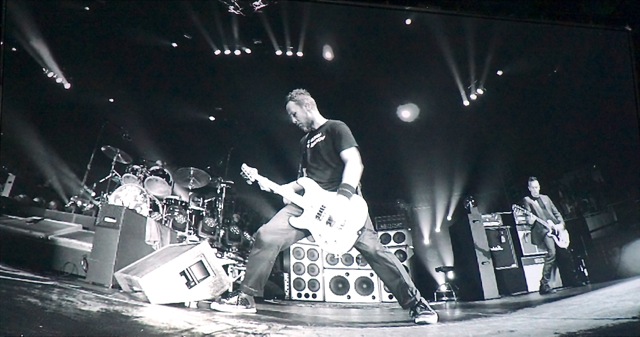 Pearl Jam has released some tragic turkeys, most notably 2005’s “Riot Act”.  Pearl Jam’s edge seemed all but gone. Lead singer Eddie Vedder was so immersed in his vitriolic political rants that the music was getting away from the band.  Over the ensuing years the band took needed breaks from releasing albums and focused on what they do better than any rock and roll band on the planet; perform live. 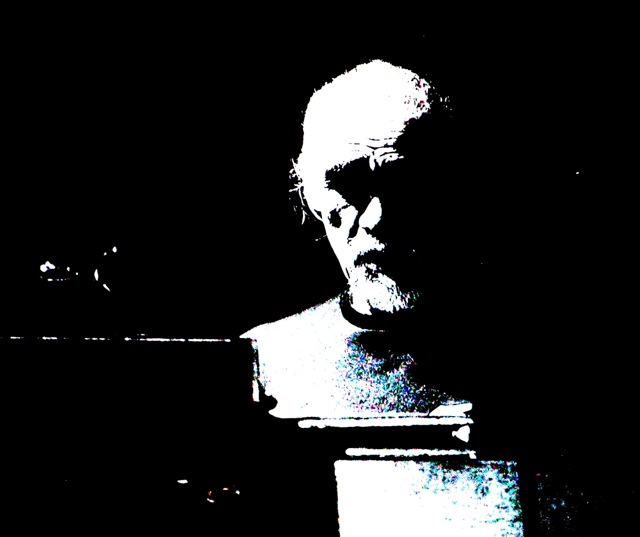 Pearl Jam has bucked all music industry norms and created a touring product that is unrivaled by any band. No disrespect to U2, but the guys in Pearl Jam are just better musicians. They don’t tour with monster spaceships. They don’t try to pack Football Stadiums, though they easily could if they wanted to. Pearl Jam chooses to focus on the music and the fans. As simplistic as that early “Alive” video was, so is the Pearl Jam live experience. 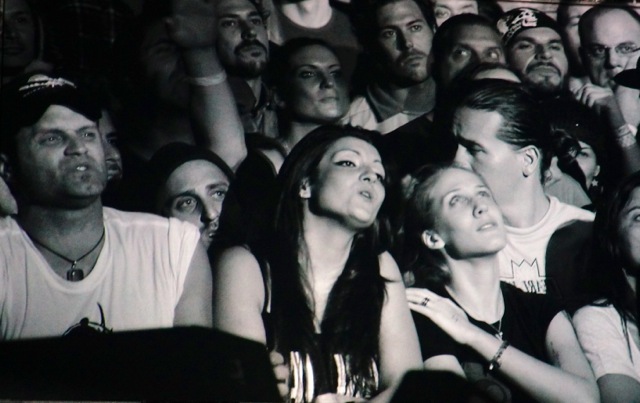 In years past the stage for any Pearl Jam show would be nothing more than a layer of rugs, some deer horns and lots of candles. The thing about a Pearl Jam show that no other band can do, or tries to do, is that the band never plays the same set twice. Ever. And they play forever.  Fans feel short changed now if they don’t get a 30-song set out of Pearl Jam. Really. 30 songs or more, every night, with no two set lists being the same or even similar to the night before. I think they stole this bit from the Grateful Dead playbook.

I speak with some amount of authority on this subject. I have seen the band live over 25 times going back to 1992. I have seen every incarnation of Pearl Jam. They have nearly self destructed half a dozen times, but each and every time they have dusted themselves off and carried on and just gotten better. 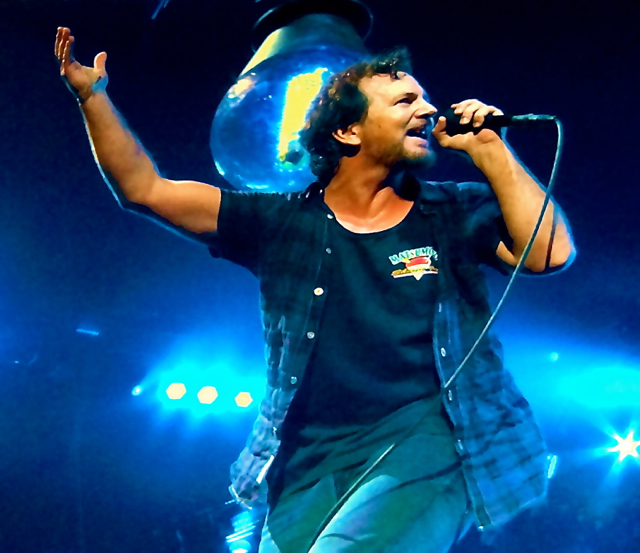 Pearl Jam 2013 is now a well-oiled, well-groomed and now corporately friendly band. They do, however, manage to keep most of the tickets to their shows out of the hands of Ticketmaster, who they famously took on in the mid 1990s, and keep most of the tickets for their own fan club members, which can be both a blessing and a curse. Fan club members get the pick of the litter of tickets, but those who aren’t members often end up with nosebleed seats at inflated prices.

In support of “Lightning Bolt” Pearl Jam came back to Southern California for the first time in 4 years and played 3 sold out shows, one in San Diego and two at the Los Angeles Sports Arena. 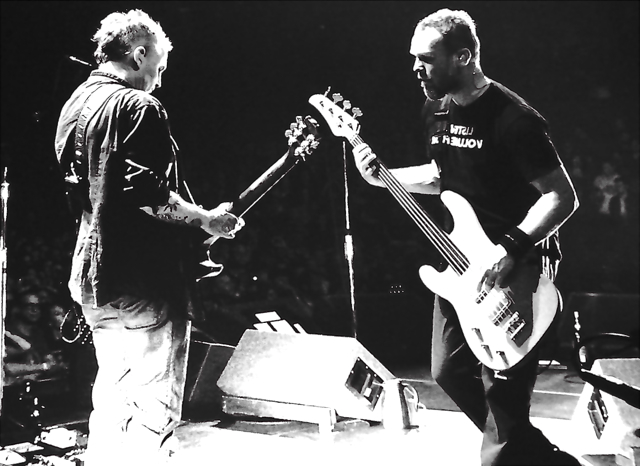 In years past the band typically saved it’s best effort for the fans in San Diego and they have put on some of their best shows ever at the old San Diego Sports Arena. I recall a severe neck sprain I received at a 1993 San Diego show from a crowd surfer landing on top of my head in the mosh pit. I used to consider that kind of stuff fun.

This year’s San Diego show at the Viejas Arena was outstanding. The venue, however, is not my favorite. It’s just a poorly managed arena. The band opened with “Pendulum” a haunting ballad off the “Lighting Bolt” album and proceeded to launch into a 34 song set than included old standards from it’s early albums, along with the best tunes off their new album, which, by the way, is one of their very best works in years.

The set was actually so long we walked out of the venue when security said it was show time and had to listen to the end of the show from behind the gates outside the venue. The band played 20 minutes longer than the venue allowed, at a heavy penalty to the band, and closed out it’s monster set with Neil Young’s “Rockin in the Free World”.

By all accounts the best of the 3 Southern California shows was Saturday night at the Los Angeles Sports Arena. There’s just something about going to a show in one of LA’s old buildings that makes it feel more special. You can actually feel the ghosts of Page and Plant and Moon and Townshend in those buildings and I always feel like I am walking into a scene out of Cameron Crowe’s “Almost Famous” at the Sports Arena or the old, now sadly refurbished, L.A Forum. 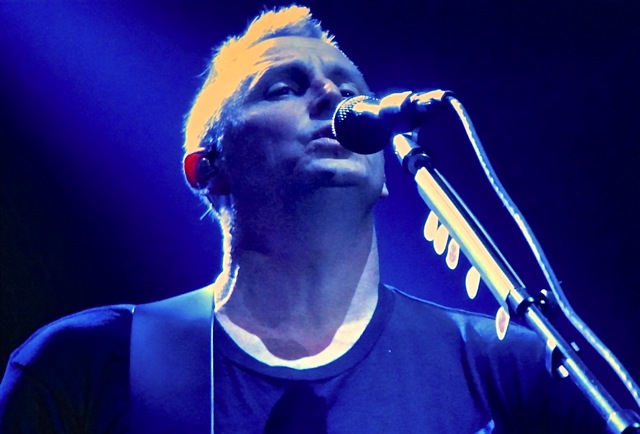 Eddie Vedder was all piss and vinegar on Saturday night and brought his A game for the fans in L.A. Before heading into the set, Vedder ragefully went off on a fan in the front of the General Admission section and had the poor sod escorted out of the arena. That set the tone for the rest of the night as the crowd fed on the angst, which seemed to levitate the building all night long.

The set list Saturday night had more crowd pleasers than the San Diego show, but maybe because it was Saturday, and the booze was flowing more readily, the energy was just more raw in the building. Vedder was swinging out on a green lantern over the frenzied crowd throughout the night and this was Pearl Jam at it’s finest.  For once an L.A crowd out rocked our neighbors to the South. 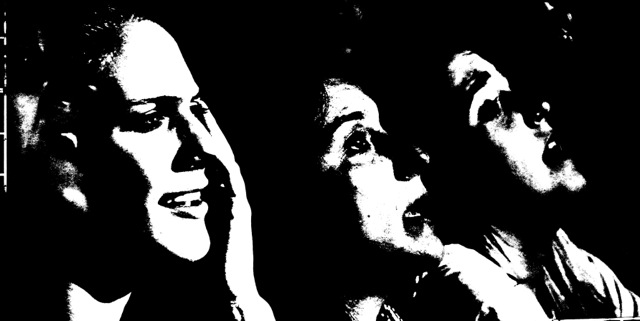 Pearl Jam, who are all self avowed “Who” fans, lit up the crowd with their own cover of  “The Who’s” “Baba O Riley” in both L.A and San Diego. It is this reverence for the Rock and Roll of the late 60s and 70s that, in part, enshrines Pearl Jam as the band of my generation.  They came of age when we did and grew up to the same sights and sounds of that era and go to great lengths to keep that music alive and are undoubtedly the best live Rock and Roll band in the world today and will be around for years to come.

(Apologies for the piss poor images. This is the best we could do off of the monitors and from great distance. This is guerrilla journalism folks, not Rolling Stone magazine.)

Brian Michaels is grew up in the Fairfax District of Los Angeles in the glory days of the late 1960s and 70s. Only a stone's throw from the Sunset Strip, Michaels had an early education in rock music. Michaels attended his first punk rock show at the age of 14 at the Whiskey a Go Go and has been going strong ever since. Brian is a defense attorney by profession but adds photography and writing to a list of his many passions outside of the his job. Brian can be found on the web at www.exlaprosecutor.com.
View all posts by Brian Michaels →
This entry was posted in Miscellanious. Bookmark the permalink.

One Response to Pearl Jam at the Los Angeles Sports Arena; November 23, 2013