The Pirates of Penzance, a hilarious musical, premieres March 7 in Thousand Oaks 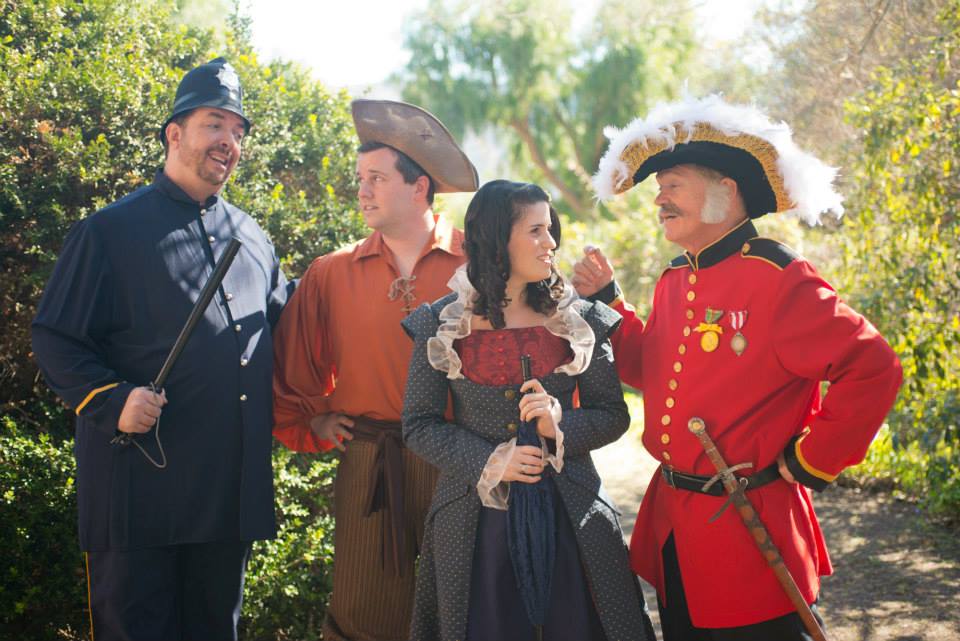 The Pirates of Penzance opens Friday, March 7, presented by the Ventura County Gilbert and Sullivan Repertoire Company in Thousand Oaks.

The Pirates of Penzance, one of the most popular musicals from Gilbert and Sullivan, will have it’s Gala Premiere on March 7th. The Pirates of Penzance is about a young man, Frederic, who upon his 21st birthday, is sent to an apprenticeship with a band of kind-hearted pirates. Several twists ensue, as he is released from the apprenticeship, meets Mabel, the daughter of Major-General Stanley and falls in love. He then finds out he was born on February 29th, meaning that the apprenticeship was not until his 21st birthday, but since his birthday comes only once every four years, he is now required to continue to be an apprentice until his 63rd birthday. More hilarity, drama and action come soon for the band of pirates, the police, Frederic and several lovely young women. This musical comedy, with it’s timeless tunes, remains one of the biggest hits that Gilbert and Sullivan ever created. 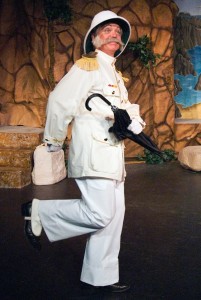 The Ventura County Gilbert and Sullivan Repertoire Company is presenting this swashbuckling musical, one in their series of musicals featuring Gilbert and Sullivan’s timeless comic operas that they have been presenting since 2006. New faces join many of the VCGSRC family regulars for the 2014 production of Gilbert & Sullivan’s ThePirates of Penzance. Gary Saxer reprises his role as General Stanley, Joe Mancuso returns after a two year hiatus as Pirate King Richard, Reyna Zack returns as Mabel; Julie Bermel rejoins as Ruth, and David Colville makes his fourth appearance with them as the Sergeant of Police. Performers in the principal roles include: Dennis Lawrence as Frederic, William Carmichael as Samuel, and the Mancuso girls, Isabelle and Ava, are Edith and Kate, respectively; with Mariah Tobin as Isabel.

The Ventura County Gilbert and Sullivan Repertoire Company will be holding their Gala Opening of The Pirates of Penzance on Friday, March 7th at 8:00pm, at the Hillcrest Center for the Arts in Thousand Oaks. Champagne and goodies will be available after the singing and swashbuckling end, at the opening night reception. The shows will continue Fridays and Saturdays, at 8pm and Sundays at 2pm, through March 30th, with a special performance on Thursday, March 27th.

Hillcrest Center for the Arts

Ed is a native of Los Angeles who loves food and food cultures. Whether he's looking for the best ceviche in Colombia, the best poke in Hawaii, the best tequila in Jalisco or the best Taiwanese Beef Roll in Los Angeles, it's all good food! He also loves a good drink. He's had Mai Tais in Hawaii, Bourbon in Kentucky, Tequila in Mexico and Rum in Jamaica. His wine escapades have taken him to Napa, Sonoma, the Willamette Valley and the Santa Ynez Valley. And he's had beer all over the world! Music is another of Ed's passion, writing and interviewing many classic rock, rock and blues musicians. Getting the great stories of road experiences from them is a particular delight. Traveling also fits in with Ed's writing, exploring all over to find the most interesting places to visit, even in out of the way areas.
View all posts by Ed Simon →
This entry was posted in Events, Theater, Upcoming Events and tagged Comedy, comic opera, Gilbert and Sullivan, Musical, theater, Theatre, Thousand Oaks, Ventura County Gilbert and Sullivan Repertory Company. Bookmark the permalink.