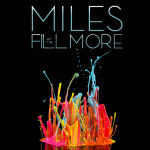 Fans of Miles’ Bitches Brew-era live recordings have been well served in recent years, with several stunning concert recordings made available on the album’s deluxe reissue and the 3-CD Live In Europe 1969/ Bootleg Series Vol 2. This latest edition collects the complete performances from all four of the June ‘70 sets used to compile the 2-lp set Miles Davis At Fillmore, a curiously edited sampler that made no effort at offering track names or complete performances, instead stitching together various segments and calling each side “Wednesday Miles”, “Thursday Miles” etc. The band at this point includes both Keith Jarrett and Chick Corea on electric keyboards, and is playing as flat-out LOUD as Miles ever would. The momentum generated by drummer Jack DeJohnette and bassist Dave Holland is truly wince-inducing on many of these performances, and if it never occurred to you that you need four live versions of “Directions” and “The Mask” in your life, it will after you hear them all. Bonus tracks include a haunting, surrealist take on Wayne Shorter’s “Footprints” and a hefty, rocked-out “Miles Runs The Voodoo Down” from the group’s April 1970 sets at the Fillmore West. 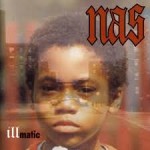 I have to admit, this one went straight past me in 1994. I guess like a lot of white rocker guys at the time I liked my rap righteous (BDP, Public Enemy), or cartoonishly violent (Da Lench Mob, Cypress Hill), and stuff like this fell outside my line of sight. My loss; this album is great, as everybody but me seems to have realized a long time ago. Immediately, I have no problem agreeing with the consensus that it’s an influential masterpiece, and one that works as a long form, not just a collection of unrelated singles. The production here is really quite something, answering the West Coast’s hard, day-glo funk with pastels and sophisticated arrangements. The promo spots, remixes and singles found on disc 2 of this anniversary edition are entertaining, but the LP proper is the real deal, and if you let it pass you by in its moment, this is a good time to rectify that. 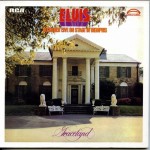 Not sure if you already own this? That’s understandable, there are at least nine official Presley albums with “Memphis” in the title. This particular item is a live recording from March, 1974 released as a double-live album the same year. Presley had at this point just about passed the peak of his comeback years, touring relentlessly. He’s not quite “Fat Elvis” yet, but already working a good amount of Vegas-style shtick into his stage act. Elvis is still in fine voice, the band is playing with energy, but when the audience patter starts happening during songs, it’s an unnecessary distraction from his still-considerable musical gifts. And things like the medley of “Long Tall Sally” into “Whole Lotta Shakin’ Going On” into “Your Mama Don’t Dance” are the stuff of merciless SNL parodies. It’s all about where he is in the moment. “Fever” in particular is derailed by his decision to goof around with one lucky audience member instead of singing lyrics. But it’s followed by a killer “Polk Salad Annie”, with a great vocal, and a heavy James Burton guitar solo.

For its fortieth anniversary, it’s been reissued with a second disc, a complete show from Richmond, VA a few days earlier with a nearly identical set list, presented in mono but boasting great quality and a generally better stage energy from Elvis himself, sounding more committed to the music than his jokey routines. 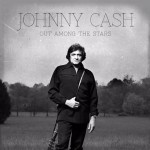 Johnny Cash – Out Among The Stars (Legacy Recordings)

There’s always a danger when hearing previously-unreleased recordings from favorite artists, particularly when the decision to release them is made in their absence – perhaps there’s a reason why these needed to be kept under wraps. But to my ears, this previously unheard gem – produced in 1983 after Cash had begun his recovery from pill addiction – sounds like a perfectly good Johnny Cash album. He’s boom-chicka-booming in agreeable, familiar fashion for most of it, and sounds good doing it. But then on “She Used To Leave Me A Lot”, you hear a preview of the spare, haunting sound he’d regain for Rick Rubin on “Hurt” years later. If you’ve ever wished there were more Johnny Cash albums in the world, it’s your lucky day – this one hits all the notes you’re expecting it to and then takes a step beyond.