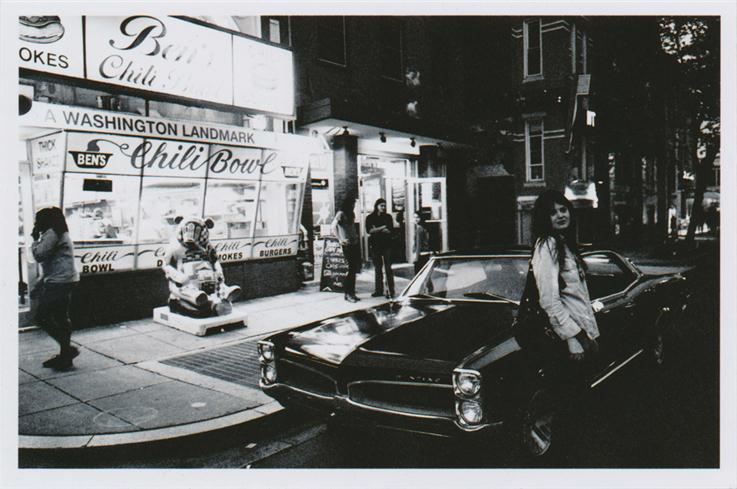 Jamie Hince of The Kills fame has been a champion of analogue film since well before he and bandmate Alison Mosshart made themselves a house-hold name amongst the in-crowd. Early self-produced photographs and art of The Kills depict them armed with cameras, film, and photo booth strips of each other documenting life as a band. Fast-forward over 10-years later, Jamie Hince is now bringing his first photography gallery to LA this Saturday, November 1st at Bookmarc (open to the public, 4-6PM) and later to the Morrison Hotel Gallery at Sunset Marquis Hotel (by invite only, 7-10PM).

The exhibit titled ECHO HOME will benefit Rational Animal, a charity dedicated to increasing awareness and kindness to at-risk animals by making and delivering beds to animal shelters in the New York area. The exhibit will feature a collection of photographs by Jamie Hince of his professional and personal life, which will surely include photos of bandmate Alison, and Jamie’s wife Kate Moss.

As mentioned, the opening gala at Bookmarc is open to the public Saturday November 1st from 4-6PM, and the subsequent Morrison Hotel Gallery opening night is by invite only 7-10PM on the same night, however the prints will be on display and available for purchase through November 11th if you are unable to make it out on Saturday.

Piera's life mimics that of Paddington Bear. Born in the deepest darkest Peru, she soon found herself a stowaway, landing in London sometime thereafter. She now resides in Los Angeles where she likes attending gigs, photographing casually, and wondering about the country when time and finances permit. She also enjoys writing short self-bios... in third person of course.
View all posts by Piera Peruvian →
This entry was posted in Art, Music and tagged bookmarc, echo home, exhibit, gallery, Jamie Hince, kate moss, morisson hotel, photography, The Kills. Bookmark the permalink.