Chef Amar Santana Will Follow Up his Culinary Success In Laguna Beach When He Opens Vaca, a Spanish Restaurant in Costa Mesa 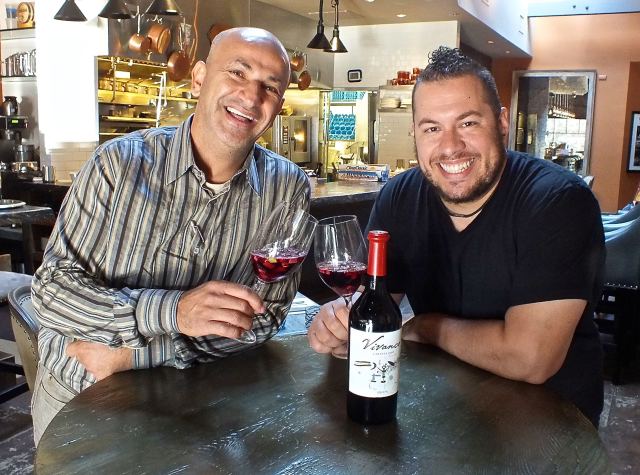 Chef Amar Santana and his partner, Ahmed Labbate, the team behind Orange County’s critically acclaimed Broadway by Amar Santana in Laguna Beach, have announced their newest project, ‘Vaca’. Destined for a June 2015 opening in Costa Mesa, ‘Vaca’ will showcase the Spanish side of the Atlantic Ocean, featuring not only tapas but many traditional Spanish-influenced dishes. When I sat down with Chef Amar and Ahmed yesterday, they discussed the concepts behind one of the most influential cuisines in the world. According to Ahmed, “Amar and I have been thinking about expanding, adding another restaurant, and we’ve been throwing around the idea of a different concept, we talked about it and Amar suggested a Spanish-style restaurant, so that’s how the idea came about”. Chef Amar added, “We also wanted to do something that we don’t have in Orange County yet”.

Over the years, the food of Spain has absorbed influences from surrounding areas and cultures. Portugal, France and Morocco have contributed, while the cultures of the Moors and the Basques have added their spices and flavors to the mix. Chef Amar had another big reason to base the restaurant on Spanish cuisine. He said, “I’ve always wanted to do something like Spanish tapas, I grew up eating that stuff. I’m also a big charcuterie guy also and with Spain having the best pork in the world, it was a no-brainer to include a charcuterie station in the restaurant”.

Ahmed and Chef Amar are going to the source to do their research. “We are planning a trip to Barcelona in March, and at the same time, take some time and go to Morocco also”. Chef Amar continued, explaining that it will not be just a tapas menu, but “It’s going to be the real dishes. The first part of the menu will be the tortillas, the croquettas, all the tapas that you would find in a Spanish restaurant”. As we talked, in fact, Ahmed pulled out a bottle of Spanish wine and showed me how to make a proper sangria. Delicious, of course! 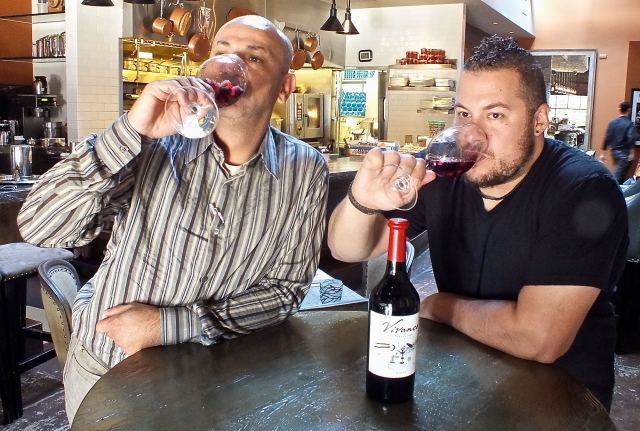 Chef Amar went on to explain, “The second part of the menu is going to be the charcuterie station. In which we’re going to have all different regions of hams like Iberico, Serrano, Cinco Jotas, all different types of Iberico pork. The third part of the menu is going to focus on steaks, from all over the world. I didn’t want to do the usual stuff that you can get anywhere such as filet, ribeye, New York….we wanted to do something different”. Chef Amar added “I predict the return to meat will be accompanied by the demand for better interpretations of traditional steaks and cuts. From the best grass-fed Argentinian beef to genuine Kobe beef, Vaca will offer less celebrated yet undeniably superior tasting meats – done with respect for genuine Spanish cooking and my own twist on tradition”.

Ahmed Labbate, meantime, will oversee operations and facilities development. Ahmed is very particular about how he wants the design to be, just as he was about finding the ideal location for ‘Va ca’ in the base of Costa Mesa’s Park Towers. Ahmed said, “We want to do it in a Spanish style, but we are also going to keep it modern too. At the same time, it will have some California feel to it. We will have two patios, it is an open space, with elements of California as well. It’s going to have some California style as well, so if you think about all the cuisines from all over the world, they have evolved over time and we will have Spanish-style décor, some of it and the majority of the restaurant’s menu will be Spanish-style dishes such as paella, bocadillos and all of those Spanish staple items”. Ahmed thought that the target date for the restaurant’s opening should be Summer 2015.

Chef Amar emphasized that part of why they have decided on a Spanish restaurant is due to the Spanish influence in California. “People are a little confused, though, when I say I am opening a Spanish restaurant. They ask, ‘are you going to have tacos, are you going to have burritos?’, there’s a bit of confusion going on. Spanish cuisine is a very-under-rated cuisine, it is one of the very best cuisines, it is also fun!”. He added, tapas does not need to be complicated, it just allows you to try a variety of things at a lower price point. “For example, you just take some nice marinated anchovies, a little olive oil, a little lemon and you’re set!”. Ahmed added, “The way we think of it is small plates, small bites, but big flavors. There are so many things in the Spanish cuisine, along with the beverages, the wine,; there is a variety of wines, of grapes, that are very affordable and carry so much flavor, so much character into these wines. With these small menu items, if you go out right now, everybody wants to share, so it makes sense to take a few items and share when you’re among friends. That’s what food is about, it’s sharing it with friends and family!”. Ahmed added, “ You can add other things to it, wines, craft cocktails, sangria, gin and tonic, other things that complement those smaller items and it will go really well. The flavor is going to be phenomenal”.

Sometimes, Chef Amar feels that to give the true Spanish flavor, they will need to import some items directly from Spain. “Especially seafood, Chef Amar said, “ I have a purveyor who will be bringing me stuff twice a week. It may be a bit expensive, but we always go for quality.”. Ahmed backed that up, saying that food quality is always the most important thing. “we’ll get those little baby squid from Spain, grill them on the plancha with a little lemon juice and olive oil and that’s it”, Chef Amar said. He emphasized that there are a few other tapas restaurants in Orange County, but they are not the real, authentic tapas from the heart of Spain. 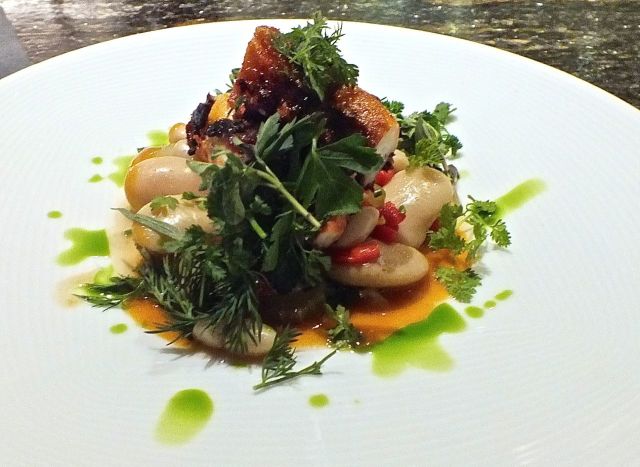 Vaca will open Summer 2015 and will certainly be an exciting, tasty addition to Amar Santana and Ahmed Labbate’s Broadway by Santana in Laguna Beach. For any of you that have read my reviews of Broadway by Amar Santana and the Chef’s culinary exploits with items such as the Templeton Rye Heritage Pork Project he smoked for this Fall’s Pig Out 3.0 Charity Benefit, you’ll understand why I think this is going to be one of the best things in the food world to happen in Orange County. For information on Broadway, or updates on the status of Vaca, the restaurant’s website is www.broadwaybyamarsantana.com.

Ed is a native of Los Angeles who loves food and food cultures. Whether he's looking for the best ceviche in Colombia, the best poke in Hawaii, the best tequila in Jalisco or the best Taiwanese Beef Roll in Los Angeles, it's all good food! He also loves a good drink. He's had Mai Tais in Hawaii, Bourbon in Kentucky, Tequila in Mexico and Rum in Jamaica. His wine escapades have taken him to Napa, Sonoma, the Willamette Valley and the Santa Ynez Valley. And he's had beer all over the world! Music is another of Ed's passion, writing and interviewing many classic rock, rock and blues musicians. Getting the great stories of road experiences from them is a particular delight. Traveling also fits in with Ed's writing, exploring all over to find the most interesting places to visit, even in out of the way areas.
View all posts by Ed Simon →
This entry was posted in Cocktails, Beer, Wine & Weed, Food, Interviews, Miscellanious, Upcoming Events and tagged Broadway by Amar Santana, Chef Amar Santana, Costa Mesa, Ed Simon, Laguna Beach, sangria, Spain, Spanish, tapas, Vaca. Bookmark the permalink.