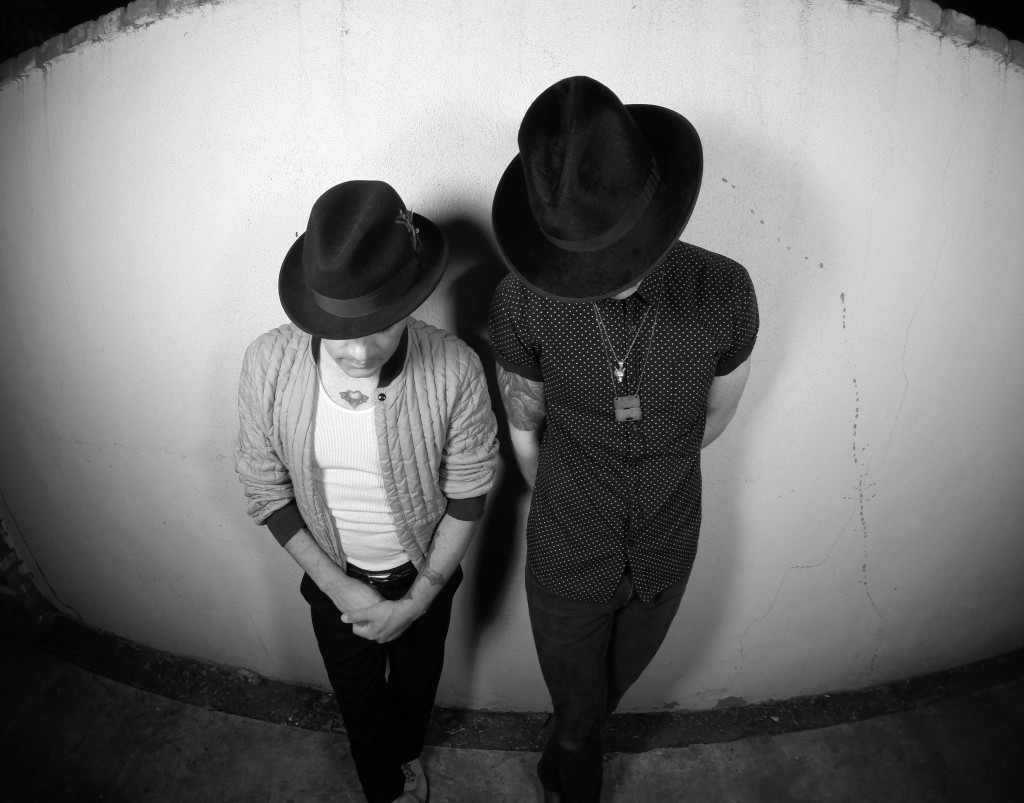 Baeble Music describes Dreaming Bull’s sound as if “The Black Keys and Beastie Boys had a nasty baby with a blues howl.”

Sound intriguing? Check out this dynamite musical collaboration by stage veterans Gabe Rowland and Nic Capelle tonight and every Monday night through the month of November at the Silverlake Lounge.

You may have heard Dreaming Bull’s catchy songs in film and television and not known it – their sound is increasingly prized by music supervisors.  “No Use” added dramatic punch to the season finale of USA’s Suits. “Get Things Done” soundtracked Carl’s Jr.’s X-Men: Days of Future Past ad; “Dirty Girl” fit the vibe for FX’s Sons of Anarchy.

A lot of craft goes into what sounds like abandon. Gabe sat behind the kit for Moby, Fiona Apple, and his own bands Momma Stud (Virgin) and The Peak Show (Atlantic). He is also a go-to collaborator for Beastie Boys producer Mario C. Nic’s first band won an international talent search when he was 20. His later outfit Capelle built a fierce following in Europe. However, they felt something was lacking – that is, until they met each other. “We have our own accomplishments as writers,” Gabe says. “But in collaboration, the unexpected happens every single time.”

Nic adds, “There’s a feeling of being overtaken by magic. Not to sound crass, but it’s like a religious experience for me.”

Michelle Nati is a pop culture priestess who hails from Rochester, New York. She is a freelance graphic designer, writer/copy editor (formerly Caffeine Magazine), researcher (Co-Conspiracy Entertainment) and lives with her poodle-terrier mix in Northeast LA. Check her out at www.michellenati.com.
View all posts by Michelle Nati →
This entry was posted in Miscellanious. Bookmark the permalink.