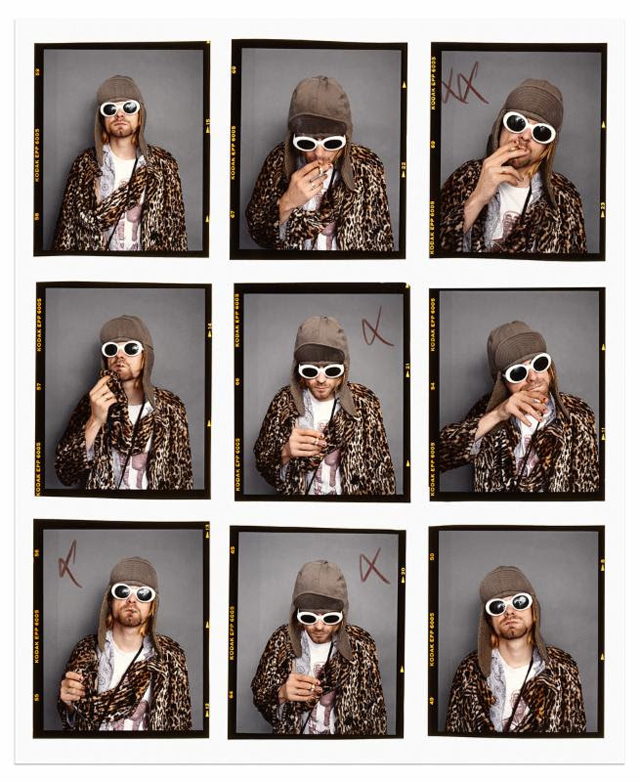 This Saturday, November 22nd, the Morrison Hotel Gallery in West Hollywood will host a book signing by photographer Jesse Frohman for his new book “Kurt Cobain: The Last Session” (Thames & Hudson) from 6 to 8pm. Frohman shot Nirvana for the London Observer’s Sunday magazine in August 1993 while they were in New York for their concert at the Roseland Ballroom, and this turned out to be the last formal photo session before Cobain’s death.

According to the gallery’s website, “Over the course of ninety photographs, Cobain seems an almost feral creature, by turns gentle, playful, defiant, suffering, or absorbed in his music. There’s a diverse range of shots of Cobain with fellow band members Krist Novoselic and Dave Grohl and on his own, posing, performing, and greeting fans.”

The book, which will also be for sale at the gallery, includes the original London Observer interview with Cobain by Jon Savage (“England’s Dreaming: Sex Pistols and Punk Rock”) and commentary by Glenn O’Brien.

Image courtesy of The Press House

Simone Snaith writes young adult and fantasy novels, and sings in the band Turning Violet. A fan of scifi, fantasy, the supernatural and most things from the '80s, she enjoys reviewing music, books and movies. You can read about her own books at simonesnaith.com.
View all posts by Simone Snaith →
This entry was posted in Books, Events, Miscellanious, Music, Upcoming Events and tagged jesse frohman, kurt cobain, morrison hotel gallery, nirvana, photography. Bookmark the permalink.