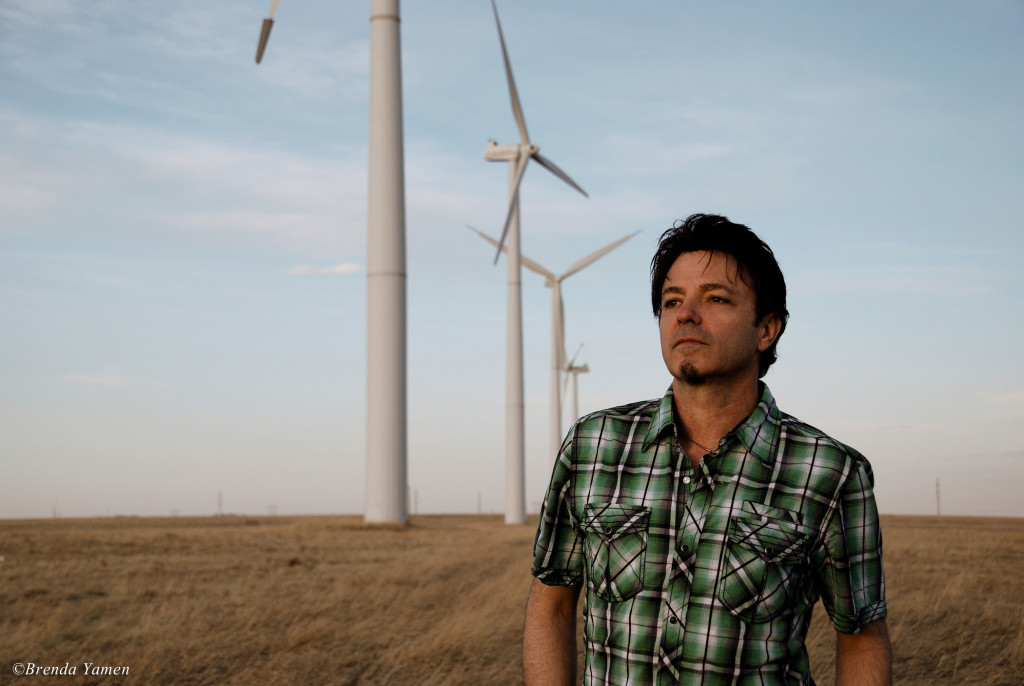 This Saturday night, March 28th, Cracker will be playing a full 60-minute set at the House of Blues Sunset as part of the fundraising Ticked Off Music Fest. If any of you have seen “The Punk Singer,” the story of Kathleen Hanna, you know how serious Lyme Disease and other tick-borne illnesses can be. You can find discounted tickets for the HOB at Cracker’s website. On Sunday, March 29th, Cracker will return to their stomping grounds at Pappy & Harriet’s in Pioneertown, where the Cracker campout will take place at the end of August.

Cracker is currently touring to support their new double album, Berkeley to Bakersfield, which isolates two of their main influences into their own self-contained albums. The Bakersfield Country and Western album is full-on Buck Owens. Music writers are referring to the Berkeley album as “punk.” It is not punk. That era of music, when Cracker was nascent, was usually called college rock, which provided a bridge between punk rock and grunge.

The LA Beat caught up with Cracker’s guitar player and vocalist, Johnny Hickman, who was not only cooperative, but extremely polite.

How did you channel the Buck Owens Bakersfield vibe? Is the Inland Empire the Bakersfield of Southern California?

Some areas of the I.E are very much like Bakersfield, yes. There are a lot of farms, ranches and rural areas. When David and I grew up in Redlands and San Bernardino there were orange groves as far as you could see. Even now there are acres of Avocado trees in Temecula, acres of green vegetables growing along the 10 freeway in all directions, fruit and all manner of livestock as well. Along with this kind of work comes country and western, Tejano, Mexican pop music and such, very similar to the central valleys a little north. We grew up hearing Merle Haggard, Johnny Cash, Flaco Jimenez, Led Zeppelin, The Stones and everything else at once. We don’t have to work too hard to sound the way we do.

Well when we were in these cities we were always aspiring, struggling musicians so I couldn’t really tell you ha ha! We always look for the decent taco stand or tiny restaurants that are owned and run by Mexican Americans. The real deal. You almost can’t lose!

Who directed your videos? They are much cooler than your average video.

Thank you. In the early days of record company budgets we almost always went with the brilliant Carlos Grasso. He has a true sense of the surreal, the absurd and easily embraced the irony and bent humor that fit Cracker perfectly. Other American directors did not get us and fought our ideas. We just sensed that he was the right guy. He would come up with even weirder ideas than ours! Just look at the “Low” or “Eurotrash Girl” and later the Sunrise in the Land of Milk and Honey videos. They are like little Fellini films. Carlos has been much imitated over the years.

Cracker also used to do CD tracks where there’s like 45 seconds of silence and then bonus bits– how can you reproduce those Easter egg things, elements of surprise, in a digital download world?

It’s more of a challenge in these days where the album is not treated as a whole nearly as much as it was then. Something has definitely been lost. Being Cracker, we sometimes ignored our major label and snuck songs on the records at mastering without listing them. We did this for ourselves and for the fans. Since you only get paid for nine songs usually, anything else was just a gift for the Crumbs as they call themselves.

Any interesting stories from when you opened for the Dead? Did you take acid and eat peanut butter and banana sandwiches?

We didn’t take acid that I recall, but we did get to meet the very sweet and complimentary Mr Garcia who told David and me that he really liked our version of the Hunter/Garcia song “The Loser” which we recorded for Kerosene Hat. He also told us that he and Bob really liked “Eurotrash Girl.” I remember we said that it would make a great Bob Weir song. I always loved that Bob sang the big story songs like “El Paso” or “Me And My Uncle.” “ETG” is a big story sort of travelogue like that and it’s easy to imagine Weir’s voice doing it! That would have been aces!

Did you meet Ken Kesey?

No, but that would have been interesting. Even though we were just kids when the Dead were around that Merry Pranksters scene I remember that later when David and I met we were both pretty aware of that culture from reading about it and talked about it as compared to the punk culture that we were part of as young guys. Both scenes were counterculture and more than a little political and had more in common than most people would think. The DIY part of it was never lost on us. We got it.

How many guitars do you own, and in twenty words or less, tell us what your favorite thing is about each one. (20 words. per guitar).

I own nine guitars….this will be a little tough but here goes.

#1) My1977 Les Paul. I’ve used it for about 90% of Cracker’s work because well, just listen.
#2) My 1972 Yamaha acoustic. I’ve written just about my every song and or riff on it. It sounds better than guitars worth 10 times as much.
#3) My 1965 Telecaster re-issue. It has the perfect country twang. I used it all over the Bakersfield disc.
#4) All my other guitars are #4s compare to these three.

So you guys do the Pioneertown Campout, and I heard there was an East coast campout. Any more campouts in the works?

We’re planning the Pi Town Camp Out again this year yes, this time at the end of August. We tried an east coast one but it just didn’t have the same magic. We sometimes throw a “Camp In” in Athens Georgia where David lives. We base it around the famous Forty Watt club which David’s wife Velena has run for many years.

Well, the beauty of the Camp Out is that you have a choice to camp there or book a hotel. There are plenty of hotels in the Joshua Tree area but the Crumbs book some of them up way in advance so anyone planning on coming to join us should look into that soon!

People may not know that you also produce music. What is your favorite band you ever produced?

Aside from being heavily involved with Cracker’s recordings, my two solo records and my side country band The Hickman Dalton Gang. I just recently produced a great young Denver trio called The Yawpers. We decided to record their album first and then shop it to record labels and the plan seems to be working for us. I would never consider producing a band that wasn’t amazing live. These guys are the best live band I’ve heard in years and I’m very proud of the record we made together. We recorded live in the studio direct to four inch tape…just like records used to be made. Not many high tech overproduction tricks which you can only do with a great live band like The Yawpers….or Cracker ha ha!

Thanks for your time!

You are so very welcome. Thank you for yours, Elise. 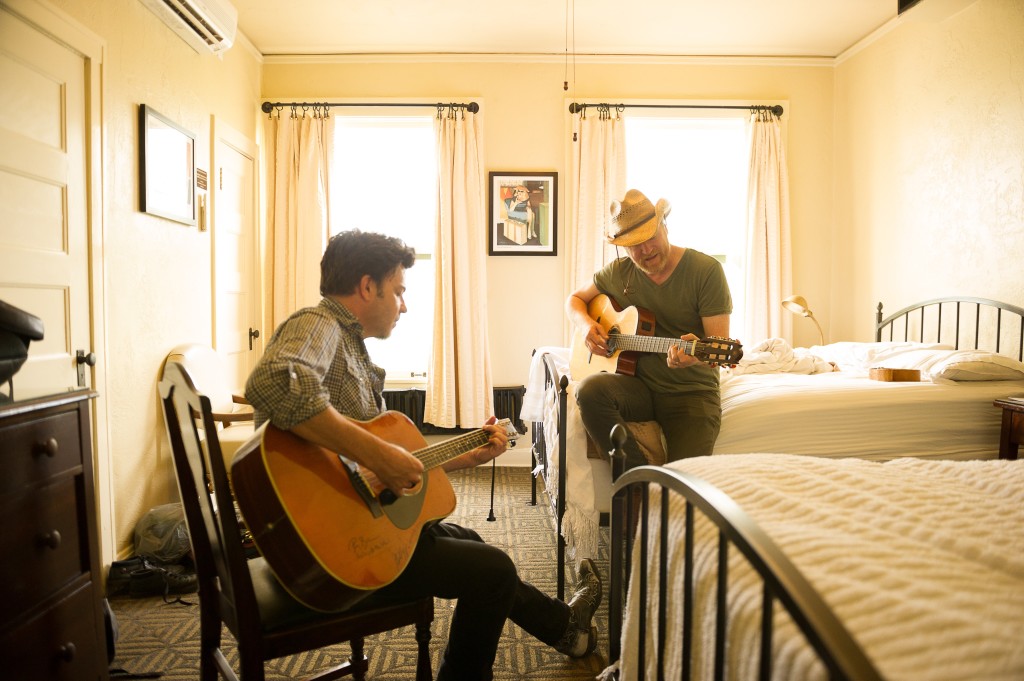 Born and raised in the great city of Los Angeles, this food, culture and music-loving punk rock angeleno wants to turn you on to all that is funky, delicious and weird in the city. While Elise holds down the fort, her adventurous alter ego Kiki Maraschino is known to roam the country in search of catfish.
View all posts by Elise Thompson →
This entry was posted in Interviews, Music, Upcoming Events. Bookmark the permalink.

2 Responses to The Beat Interviews: Johnny Hickman of Cracker