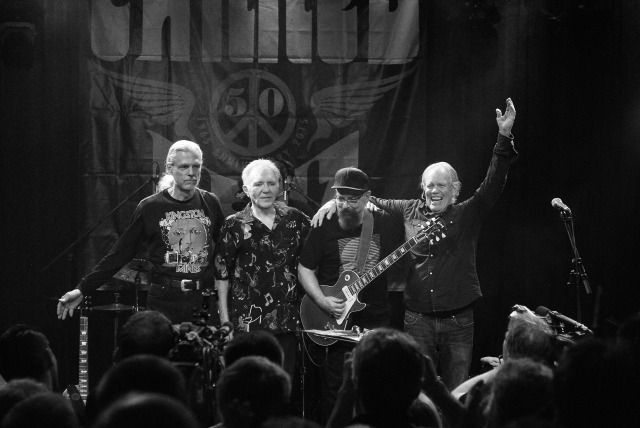 Sunday, May 24 will be a good day to be “going up the country” as Canned Heat headlines a stellar group of performers at the Adelanto New Blues Festival. Canned Heat, of course, has been wowing audiences with their music even well before their historic headlining performance at Woodstock. Starting off will a classic performance at the 1967 Monterey Pop Festival (they opened Saturday and were followed by Janis Joplin with Big Brother and the Holding Company) and were on the same bill with groups such as The Who, The Jimi Hendrix Experience, the Grateful Dead and Otis Redding, Canned Heat cemented their legacy in the pantheon of rock. Songs like On The Road Again, Let’s Work Together and Going Up The Country became anthems for the Woodstock Generation and still continue to be enjoyed by the younger generations of fans.

The current lineup of Canned Heat features drummer/bandleader “Adolfo “Fito” de la Parra, a 45 year veteran of the band; Larry “The Mole” Taylor, the original bass player; and Dale Spaulding, who provides lead vocals, harmonica and guitar for Canned Heat. Taking over temporarily for original guitarist and Chicago blues great Harvey Mandel (“The Snake”) due to health issues is John “JP” Paulus. At the Adelanto New Blues Festival, Canned Heat promises to rock the crowd with some great music.

The 44’s, a Los Angeles-based band, will be bringing their raw, rough-edged blues sound to the Festival. The 44’s are known for their great live performances, as well as for their dedication to traditional blues and R&B music from greats such as Albert Collins, Muddy Waters and Howlin’ Wolf. The four piece band is sure to provide some high-energy classic blues at the New Adelanto Blues Festival.

From Long Beach, the Mighty Mojo Prophets will be bringing some straight ahead blues to the Festival. Lauded by the Blues Music Foundation in 2012 with their 2012 nomination for “Best New Artist Debut”, the Mighty Mojo Prophets combine elements of Chicago and Texas blues along with Memphis soul and proto-rock ‘n’ roll into a highly original take on the blues. Also arriving from Long Beach will be Boxcar 7, a seven-piece group that combines classic R&B with soul, swing and classic rock. With a funky rhythm section, powerful horn section and a charismatic lead singer, Boxcar 7 pays homage to the music of such greats as Ray Charles, BB King, Joe Cocker and wilson Pickett. 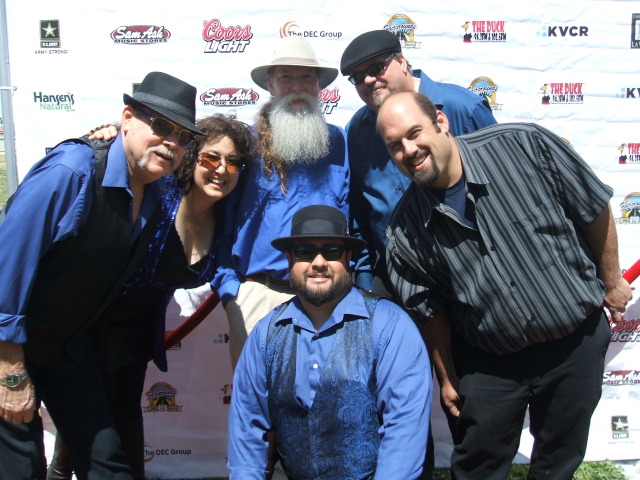 With their high-energy hybrid of blues and rock, the New Blues Revolution brings exciting showmanship to the Festival. Meanwhile, local high-desert favorites The Blue Henrys will be putting their own spin on Chicago blues with covers of such artists as Muddy Waters, Little Walter, Freddie King and Willie Dixon along with their own original songs. Rounding out the performers are DJ Parker and High Desert native Victor Crain and his West Coast Project. Crain’s flamboyant guitar style has been compare to Jimi Hendrix, high praise for a guitarist who counts the late blues guitar great Freddie King as one of his relatives.

The New Adelanto Blues Festival will be held in Stater Brothers Stadium and Heritage Field, a 4,000 seat facility that is home of the Mavericks Class-A baseball team. Located right off the I-15 Freeway, Adelanto is a jewel in the High Desert, located less than an hour and a half drive from downtown Los Angeles. The stadium is known for its great acoustics and superb sight-lines. The Festival will take place Sunday, May 24 (Memorial Day Weekend) from 12 Noon until 10:00pm. General admission tickets are $25 and VIP tickets are $50 in advance. Kids 12 and under are free with paid adult admission. For info call (562) 762-8317. Tickets and info are available online at either www.ticketreturn.com or the Festival website, www.newbluesfestival.com.

Ed is a native of Los Angeles who loves food and food cultures. Whether he's looking for the best ceviche in Colombia, the best poke in Hawaii, the best tequila in Jalisco or the best Taiwanese Beef Roll in Los Angeles, it's all good food! He also loves a good drink. He's had Mai Tais in Hawaii, Bourbon in Kentucky, Tequila in Mexico and Rum in Jamaica. His wine escapades have taken him to Napa, Sonoma, the Willamette Valley and the Santa Ynez Valley. And he's had beer all over the world! Music is another of Ed's passion, writing and interviewing many classic rock, rock and blues musicians. Getting the great stories of road experiences from them is a particular delight. Traveling also fits in with Ed's writing, exploring all over to find the most interesting places to visit, even in out of the way areas.
View all posts by Ed Simon →
This entry was posted in Events, Miscellanious, Music, News & Sports, Upcoming Events and tagged Adelanto, Blue Henrys, blues festival, Canned Heat, Ed Simon, high desert, Mighty Mojo Prophets, New Blues Festival, New Blues Revolution, The 44's, Victor Crain. Bookmark the permalink.