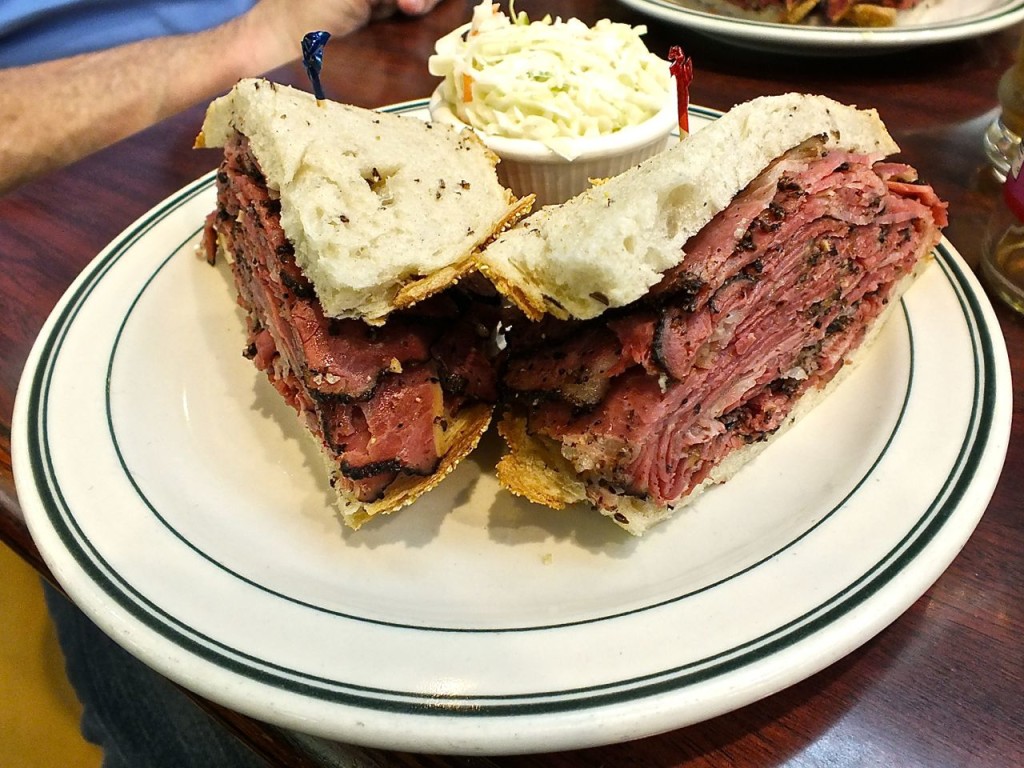 Brent’s Deli, the Northridge eatery that many proclaim as the best deli in the Los Angeles area, has announced that May 20th will be Community Appreciation Day. On this day, 20 percent of Brent’s sales from guests who dine in, take out, place a catering order or request a delivery can either let Brent’s choose a charity to donate to or request one of ten charities that Brent’s has chosen to be the recipient of the donation. The charities selected for Brent’s Deli Customer Appreciation Day are:

The organizations nominated offer a breadth of services, from after school programs for in-need children and sending care packages overseas to our troops to advocating for wildlife and domestic pets, cancer research, education, food rescue and blindness. “We wanted our guests and the general public to tell us what charities serving the San Fernando and Conejo Valleys should be part of Community Appreciation Day,” said Marc Hernandez, one of Brent’s Deli’s partners and the son-in-law of Brent’s founder Ron Peskin. “The result was an overwhelming response and a better understanding of all the great work being done by non-profit groups right here in our own backyard”. 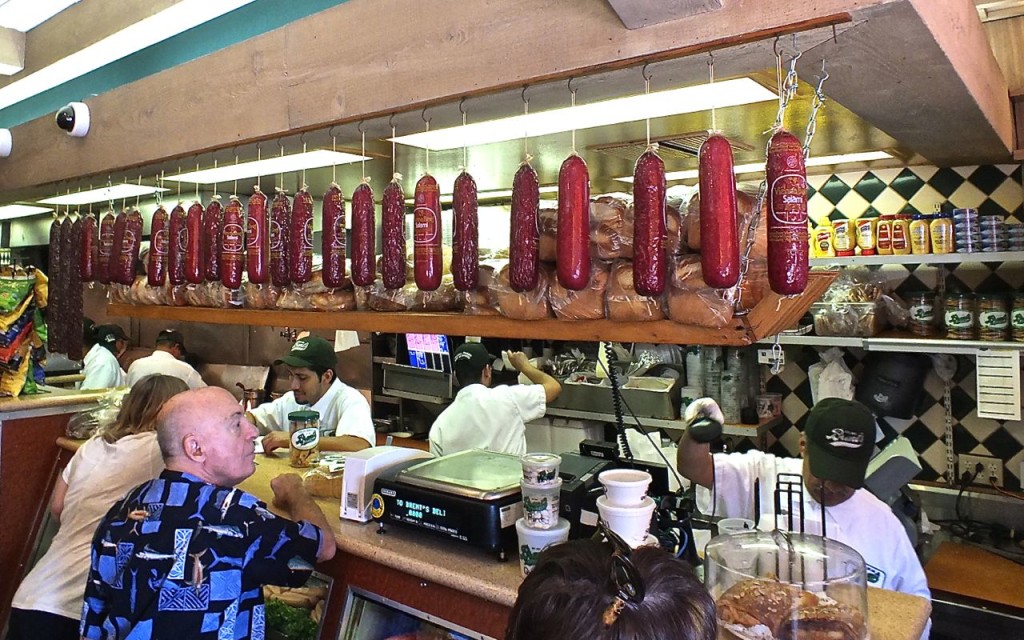 Several salamis hang above the meat counter, waiting to be cut for sandwiches or taken home
Photo by Edward Simon for the Los Angeles Beat

Brent’s of course has been famous for their traditional Jewish deli items for years. They have been ranked as the number one deli in Southern California by Zagat Survey. One taste of their delicious pastrami, excellent knishes and luscious lox and you’re hooked on Brent’s. Their fresh-baked rye bread is second to none and is always delicious, especially when stacked high with a big pile of brisket, corned beef or any other meat you choose.

Brent’s Deli has two locations, the original in Northridge and the second location in nearby Westlake Village. Brent’s Catering covers the entire Southern California area, from San Diego in the south to Santa Barbara in the north and as far east as Palm Springs. Both locations will be doing the charity donations on May 20, so pick your locale and get down to Brent’s Deli for some great food plus the great feeling you get when donating to a worthy cause of your choice. You’ll be happy you did!

Ed is a native of Los Angeles who loves food and food cultures. Whether he's looking for the best ceviche in Colombia, the best poke in Hawaii, the best tequila in Jalisco or the best Taiwanese Beef Roll in Los Angeles, it's all good food! He also loves a good drink. He's had Mai Tais in Hawaii, Bourbon in Kentucky, Tequila in Mexico and Rum in Jamaica. His wine escapades have taken him to Napa, Sonoma, the Willamette Valley and the Santa Ynez Valley. And he's had beer all over the world! Music is another of Ed's passion, writing and interviewing many classic rock, rock and blues musicians. Getting the great stories of road experiences from them is a particular delight. Traveling also fits in with Ed's writing, exploring all over to find the most interesting places to visit, even in out of the way areas.
View all posts by Ed Simon →
This entry was posted in Miscellanious and tagged Brent's Deli, Brent's Deli Customer Appreciation Day, brisket, charities, Charity, Ed Simon, knishes, Northridge, pastrami, Westlake Village. Bookmark the permalink.