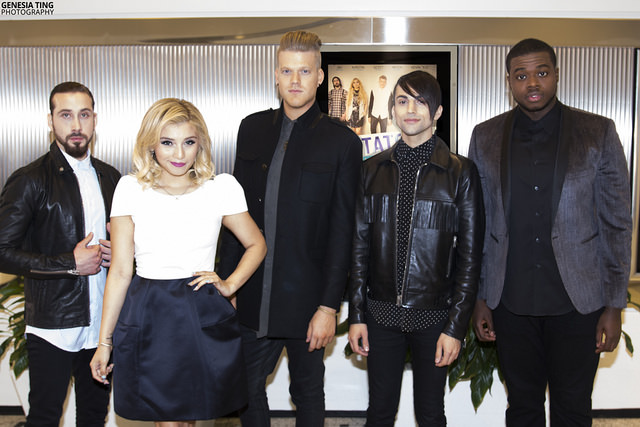 What a year it has been for the acapella majesty, otherwise known as Pentatonix. From their platinum-selling holiday album “That’s Christmas to Me” to a Grammy award to completing their sold-out headlining ‘On My Way Home Tour,” the talented quintet of vocalist has accomplished what most people can only dream of.  From humble beginnings as contestants of “The Sing Off” to posting YouTube covers – Pentatonix has climbed their way to the top. Just several days before the release of the ‘On My Way Home’ documentary, Pentatonix had just finished off the last leg of their headlining tour in Asia. They will be on the road again early July as openers for Kelly Clarkson’s “Piece by Piece” tour.

Photo gallery after the break 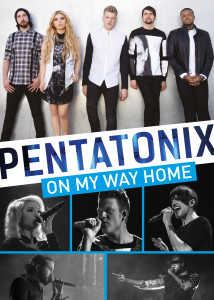 On Thursday, June 18th, the five Pentatonix members, Mitch Grassi, Scott Hoying, Avi Kaplan, Kirstin Maldonado, and Kevin Olusola, were accompanied by 100 lucky fans at Sony Studios in Culver City to watch the premiere of  the ‘On My Way Home’ documentary. The documentary captures exclusive, raw footage as cameras follow Pentatonix on the North American leg of their sold-out ‘On My Way Home’ tour.   The film shares the origin of Pentatonix, how it all came together, backstage moments, arranging and recording an album (with all original music) while on the road, and more.  You can catch several snippets of some of their original new songs, including “Cracked” and “Rose Gold.”  Avi shared a sentimental moment in the film where he explains the meaning behind “Standing By” and the personal connection he has with it.  During the viewing, fans laughed, cried, and most of all, felt proud of Pentatonix.  A short Q&A followed, where several fans poured their hearts out to their idols.  Some explained how certain songs had really helped them through difficult times while others expressed their curiosity of what is soon to come from the Pentatonix.  One girl thanked Mitch for being so open about his sexuality, which had helped her come out to her parents.

Scott: “I’ve seen it [the documentary] five or six now, because we were watching constant edits and cuts of it, but it just felt so brand new, being here watching it with you guys and seeing the reaction.  I was really moved by that.  There was a point where Kevin was like, ‘This is the coolest feeling in the world.'”

The ‘On My Way Home’ documentary is now available on Vimeo here. 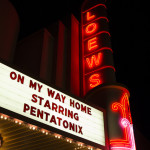 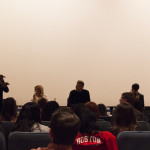 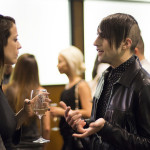 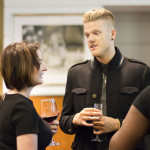 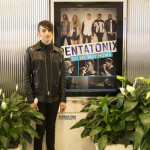 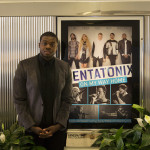 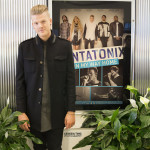 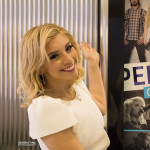 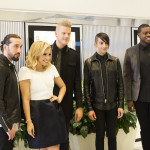 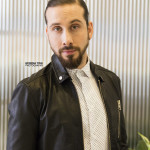 All photos are by Genesia Ting for the Los Angeles Beat.  Higher resolution photos can be found here.

One Response to Pentatonix ‘On My Way Home’ Documentary Screening