The Best Day of Your Life 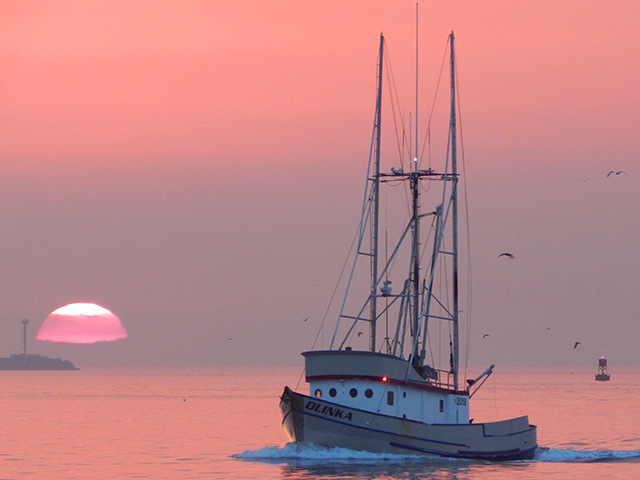 There really aren’t enough holidays in the summer. Fourth of July carries the responsibilty for summer fun all by itself. To rectify that, Thrillist has decided that today, June 20th, is the Best Day Of Your Life. BDOYL is usually held on the longest day of the year, but it was moved up a day because of Father’s Day. 2015 is Thrillist’s 3rd annual “homage to all-day face-stuffing, drink-enjoying, impossible-to-predict surprises, and general shenanigans.”

Thrillist thinks the “BDOYL” would involve winning a helicopter tour of the city, bacon for an entire year, a Bloody Mary bar, or a 5-pound lobster roll. So today, June 20th, they are giving away one prize an hour for 12 straight hours. Just post a pic or comment on Twitter or Instagram between 12pm and 12am with the hashtag #BDOYL, and you could be a winner. You can also take their poll of the best things to do in LA.

Thrillist hosts some special BDOYL holiday events, but there are none on the West Coast this year. You are on your own. Here at the LA Beat we decided to share some ideas about what we think would be the Best Day of Your Life in LA…

I would start the day off with pancakes from Uncle Bill’s Pancake House in Manhattan Beach, then take the scenic drive up through Palos Verdes to Terrenea for a massage in their spa and a refreshing drink at Nelson’s, their small restaurant with the best view. I would wind my way back down and return to Manhattan Beach for lunch at Fishing for Dynamite. I would have a relaxed afternoon visiting my mom, then take her for dinner at Love & Salt, where I would eat a half of a pig’s head. Then off to the Redondo Pier with friends for Fire Chiefs at Tony’s on the Pier and a few spins on the Tilt-a-Whirl at Redondo Fun Factory. – Elise Thompson

For a dreamy day in L.A. (in the summer), I think I’d get up early and head out to a coastal access spot in Malibu for a few hours of sunbathing and wading in the water. Then I’d head back into L.A. proper and have lunch at Leela Thai in Silver Lake, outside on the patio. For the afternoon, let’s pretend I have a free ticket or year-long pass to Disneyland, so I can go just to ride a few favorite rides (mostly the fairytale ones). Then I’d clean up nice and have dinner and cocktails at Dominick’s in West Hollywood, before heading out to see a rare US show by Kate Bush at the Troubadour. – Simone Snaith

The best day of my life in LA just has to be sailing over to Catalina,  just “26 miles across the sea”. First, sailing my boat out of LA Harbor, past the old lighthouse on the breakwater. Then sailing over, getting to Catalina just in time to catch an amazing sunset over the island as I headed towards the moorings at Avalon. It doesn’t get much better than this! – Ed Simon

My ideal L.A. day would be high tea at the tea room in the Huntington Library, then a stroll through the gardens afterwards. – Carolyn Soyars

I would definitely go to Porto’s for coffee and pastries, then order a (virgin) mojito and a caprese sandwich to-go. I would take the picnic to the public beach in Malibu to watch the pelicans taking off and landing. I would head over to Nobu for a late lunch. I would go to LACMA for a couple of hours, then have dinner at Animal. I would end the day by seeing some bands at Cafe NELA. – Bob Lee

Okay…Start with Crepes at I think… Creme De La Crepe, haven’t tried them but want to.
Then hit Fern dell for a leisurely walk. Next hit Beverly Hot Springs and get a full spa treatment, for me that includes the Shiatsu massage. After that I need to go to Kabuki Japanese Restaurant for a sushi feast. Oh, and someone else is paying for the whole kit and kaboodle! Later maybe a glass of wine while enjoying a movie at home. (Ideas subject to change, hehehe) – Duchess deSade

I would have a dim sum breakfast at Empress Pavilion in Chinatown. I would wander through the shops, then over to Little Tokyo for ramen at Daikokuya and see the exhibits at MOCA and the Japanese American National Museum. I would drive south to Ray Garcia’s B.S. Taqueria for dinner and amazing churros. Then I would see Bowie, The Who, or Alice Cooper at the Staples Center. – Elise Thompson

Wake up around 6ish, head to the dog park with Roddy the pup. He’ll run back and forth barking at a wall for twenty minutes, then we’ll head home. He’s exhausted and conks out while I head up to the Lake Hollywood Reservoir and loop around twice, getting in some bird watching. Coming back down into Hollywood, I’ll stop in Thai Town and get my hair washed (leaving it wet) and pop into my friends’ coffee shop, Caffe Etc, on Cahuenga. There, I’ll have toast and jam (or maybe Nutella) and either a pot of tea or an iced Hollywood latte. After, I’ll stroll down to the Dearly Departed Tours storefront and see what’s on for the day, or just peruse the display cases where I can look at Jean Harlow’s bracelet, makeup mirror, and handwritten poetry. Then I’ll uber it to Natura Spa and lay for hours in the salt, red clay and jade floor rooms. On the way back, I’ll meet a friend at the Gaylord Apartments, and we’ll head over to the New Beverly. In between movies, I’ll grab a milkshake at Milk to bring back for the second feature. – Donna Lethal

What would your BDOYL be?

Born and raised in the great city of Los Angeles, this food, culture and music-loving punk rock angeleno wants to turn you on to all that is funky, delicious and weird in the city. While Elise holds down the fort, her adventurous alter ego Kiki Maraschino is known to roam the country in search of catfish.
View all posts by Elise Thompson →
This entry was posted in Art, Cocktails, Beer, Wine & Weed, Food, Music. Bookmark the permalink.