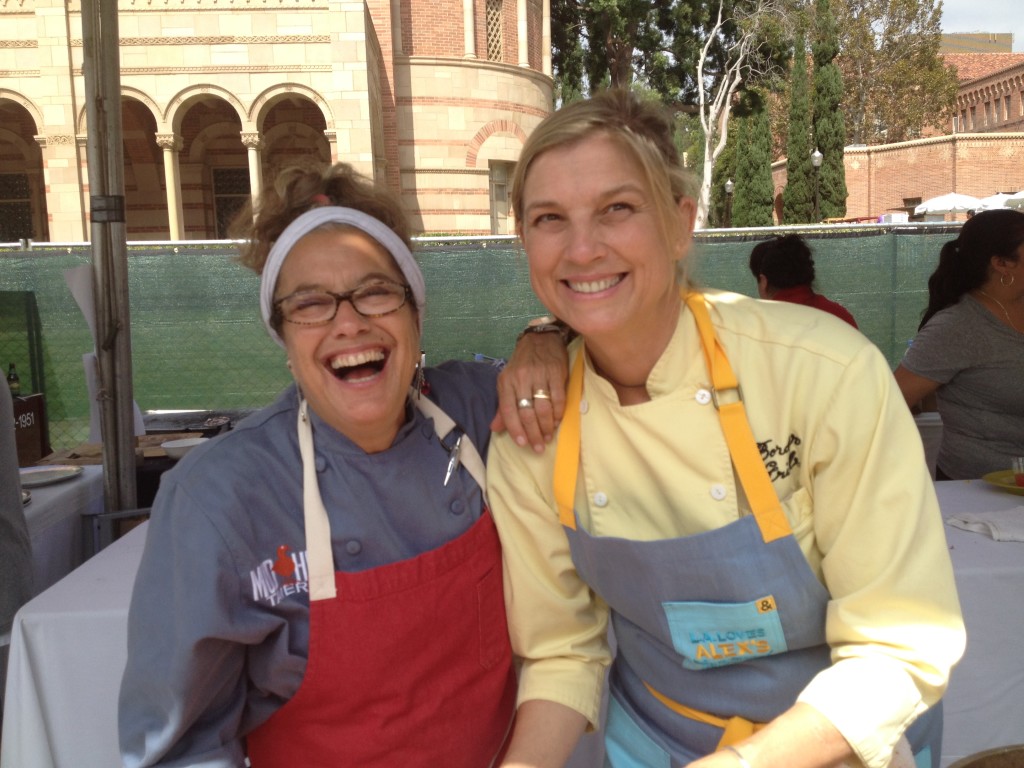 Chef-owners Susan Feniger and Mary Sue Milliken have turned the Downtown LA location of their Border Grill restaurant into a battle ground for Latin Street Food.

In a series of events aptly titled “Tuesday Night Latin Street Food Fights”, the duo has turned taco Tuesday into a bracketed competition to see which Latin cuisine will reign supreme.

Every Tuesday from August 4 to September 1, the patio at Border Grill gets converted into a mini food festival of sorts with teams of chefs representing the cuisine of two countries.  In the first competition, Mexico was vetted against Spain. Spain came out on top. 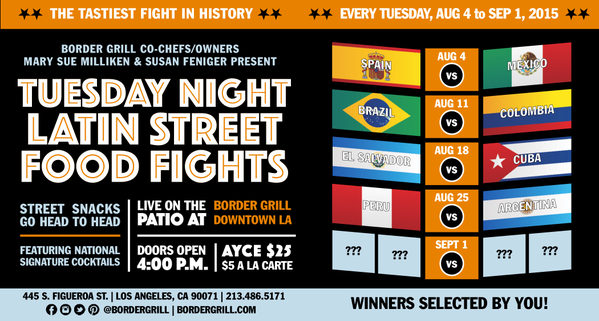 There are no knockouts here since the decision goes to the judges.  The winners of each round are selected by the participants that sample the menus and tweet their impressions or send pictures to Instagram.  The hashtags are tallied and the winner is announced.

The price to participate is $25/person for all you can eat.  An “a la carte” option is advertised but I would highly suggest just going AYCE.  With so much to choose from, it would be impossible to select just one or two items from either team.

To make the judging even more reasonable, the timing for the bouts lines up nicely with the Border Grill happy hour so margaritas and sangria flow at reasonable prices along with the custom menus from the competing teams.

If ever there was a food fight to get caught up in, this is it. 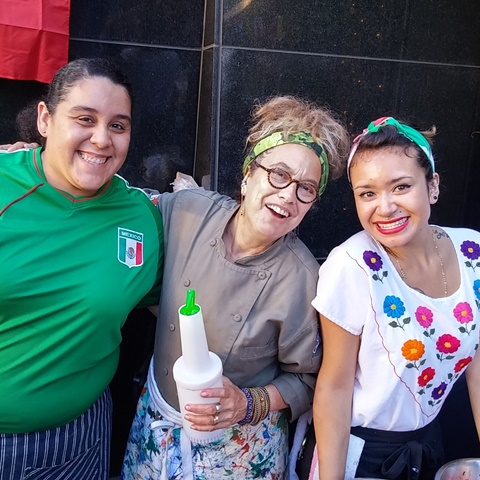 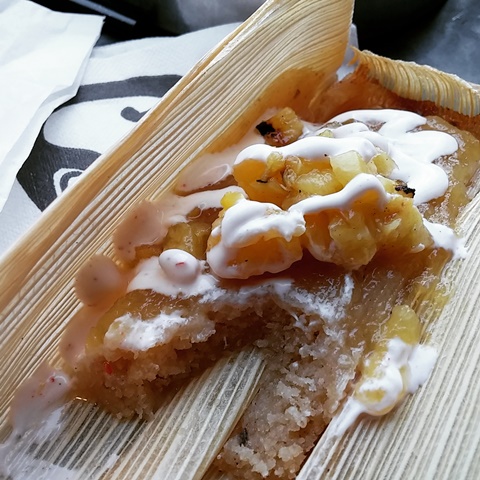 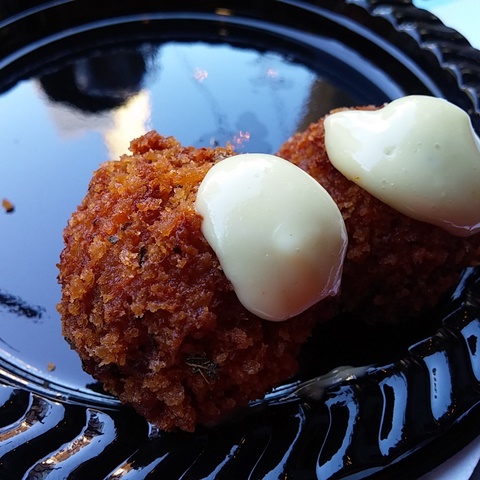 Team #Spain was on point with these paella bites. 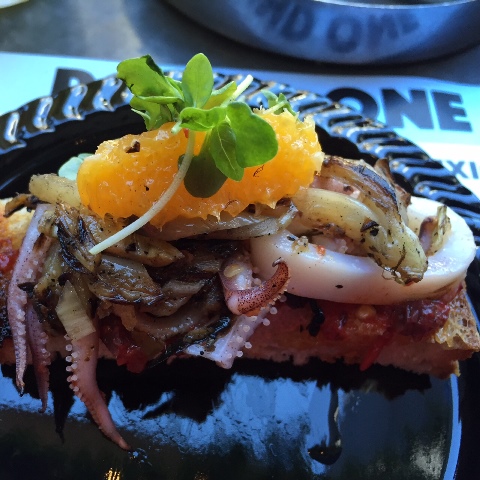 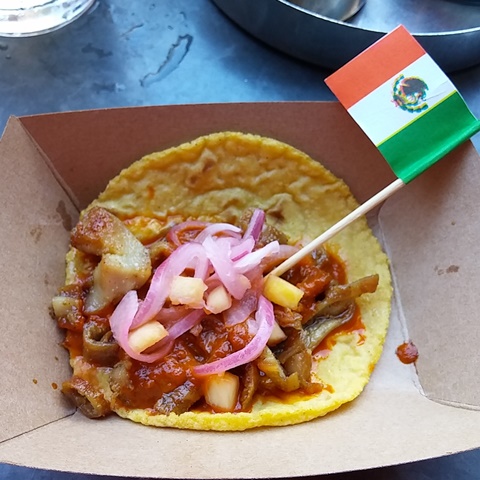 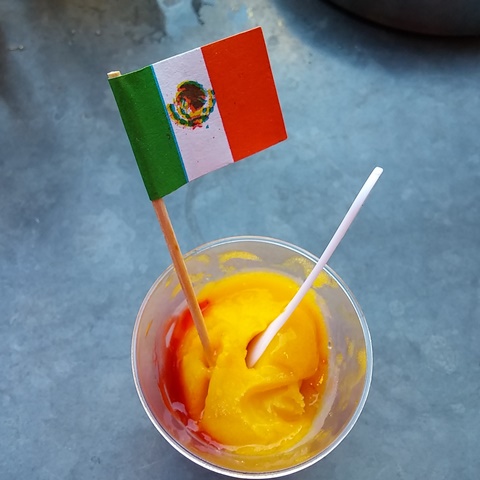 Team Mexico scored a winning goooooooaaaaaallllll with this mango sorbet. 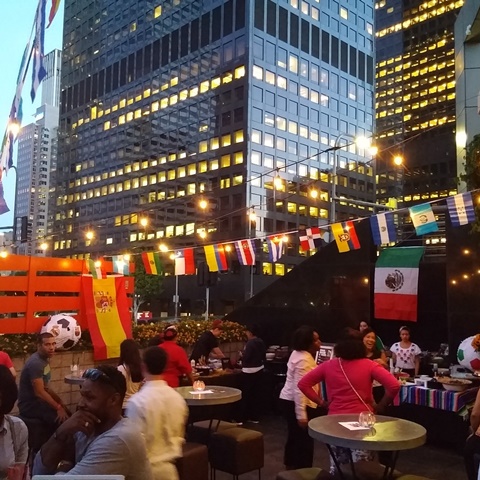 On the patio at Border Grill Downtown LA.