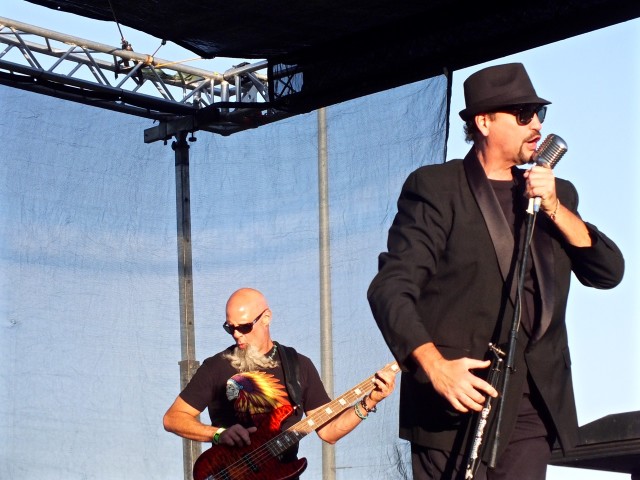 The New Blues Festival II returns to Long Beach this year, expanded to two days and two stages with an even larger roster of musical stars. James Harman, Bernie Pearl, Teddy Lee Hooker, the New Blues Revolution, the Delgado Brothers, Kenny “Big Daddy” Williams and Bluespower, Kid Ramos, Laurie Morvan, 2000 Lbs. Of Blues, Crooked Eyed Tommy and the George Foster Band are just some of the performers at this two-day event. All in all, there will be over 30 blues acts at the New Blues Festival II. 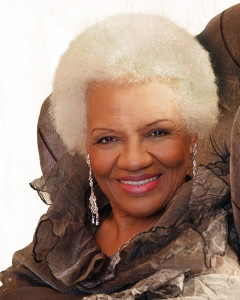 One of the highlights of Saturday’s lineup will be the performance of vocalist Barbara Morrison, chanteuse extraordinaire, showcasing many classic blues and jazz pieces. Barbara, who has performed with a veritable Who’s Who of musicians including Dizzy Gillespie, Tony Bennett, Keb Mo’, Kenny Burrell, Carlos Santana, Etta James, Jimmy Smith, Dr. John and Buddy Guy, took some time to talk about music and the upcoming Festival.

Q: Barbara, what do you think the connection between jazz and the blues is?

BM: Well, I think they’re one and the same, really. There’s more improvisation in jazz but the connection is the feeling. ‘The way you make me feel’ as Michael Jackson would say. ‘The way you make me feel’,……..I think jazz is a little more complicated, the blues has repetitive chords in almost every song but some forms you get in jazz also. Blues is the basic is the bottom is the base for jazz.

Q: You’ve played with a lot of famous musicians over the years. Have any favorite stories?

BM: I was at the Director’s Guild one night and I was singing with a big band, Frank Capp’s Juggernaut Big Band. I heard this voice and then I would sing into the mic and I heard another voice. I looked around and around for the other voice and out from behind the curtain came Nancy Wilson. She started singing with me on ‘This Bitter Earth’. That was so cool! I learned that from her and then I used it on Carlos Santana and Buddy Guy. They were playing and I just walked right out and started singing. Everyone said, ‘WHOA! Where did she come from?’. That’s kind of a fun thing to do—-that’s one of my favorite things.

Q: You still enjoy singing. What else is new for you?

BM: Well, I’m still having good times! And I just recorded with Kenny Burrell. The CD will be out in October and we’ll have a CD Release Party at Catalina’s. So still cookin’!

Q: Is there any different feeling when you do a festival as opposed to a club?

BM: Oh, hell yes! And it’s even a better feeling when you’re at home—–when I’m in Long Beach, I’m at home! You really expect a different feeling as opposed to being in a strange town or a strange country if you’re not popular. What really knocks me out is when you’re in a strange place and hardly anyone knows you and you knock them out of the box! That’s a really good feeling. I would say there’s a big difference in that in a nightclub you can walk around and shake everybody’s hand, but when you’re on stage at a festival you have to know how to shake hands and communicate with the audience from a distance. You have to make everybody feel special. Everybody in that arena should say when they leave, ‘Did you see how she looked me in the eye? She was singing to me. OH, SHE WAS SINGING TO ME!’. That’s the part that really makes you feel good, when everyone feels like they’re special. My dad had magic like that. When my father died all of my sisters and brothers were sitting around the table and he left each and every one of us feeling like his favorite child. He just had magic. That’s what you have to have when you work that stage, you have to have magic. Like David Copperfield!

Q: Do you have a favorite blues song?

BM: I like ‘So Many Roads’. I did it with Buddy Guy and Carlos Santana. That’s one of my favorites. I like——–this is kind of a rhythm and blues thing—–‘I can’t Stand the Rain’. I love that! (sings a line) It’s a great song, I love it. Bernie’s going to do a chart for me and I’m going to sing it at the New Blues Festival.

Q: When you were first starting to sing, who were your inspirations?

BM: My father. My father was my biggest influence in every genre of music that I could think of. He was so versatile; I can remember him standing in the mirror shaving and singing all these great, wonderful songs. When I grew up, I came home one day from college and a bunch of my friends came over and we were sitting on the living room floor singing songs and the next thing, my mother said ‘Where did you get that song from?’. I said ‘I don’t know……why did you ask?’. She said, ‘While you guys were in there singing last night, your dad was in the bed roiled up and pretty soon he started singing an old World War 2 song’. I had no idea, but I do remember my doll house being under the kitchen table. I knew all those songs, every one of them. We had a hi fi and I wouldn’t go near it because we had mice and they would hide in the hi fi and if you pulled the door open they would jump out of there and scare me! My dad would put on the hi fi and all of those great songs, 33’s and 78’s and 45’s. He was my biggest influence. After that, I would have to say Dinah Washington. As a matter of fact, I’m doing a play right now on Dinah Washington.

Q: It will be great to hear you at the Long Beach New Blues II Festival………

BM: Well, Bernie Pearl is my favorite. He’s like my real brother. We’ve been through thick and tin together, we’ve worked with some of the greatest—-Sonny Terry, Eddie ‘Cleanhead’ Vinson, Percy Mayfield. Bernie has Big Joe Turner. I worked in a band with Bernie with all the blues greats, and we worked together in a play in 1981, it was a Spanish play. The director converted it to a black play, African-American. Bernie was the musical director, we wrote a couple of songs together for the play and we’ve been almost inseparable ever since.

He’s got that slide [guitar] thing down!

Q: Thanks for your time, Barbara. Are you ready for the upcoming New Blues Festival?

BM: Well, I think we should all get together in Long Beach and support the blues! 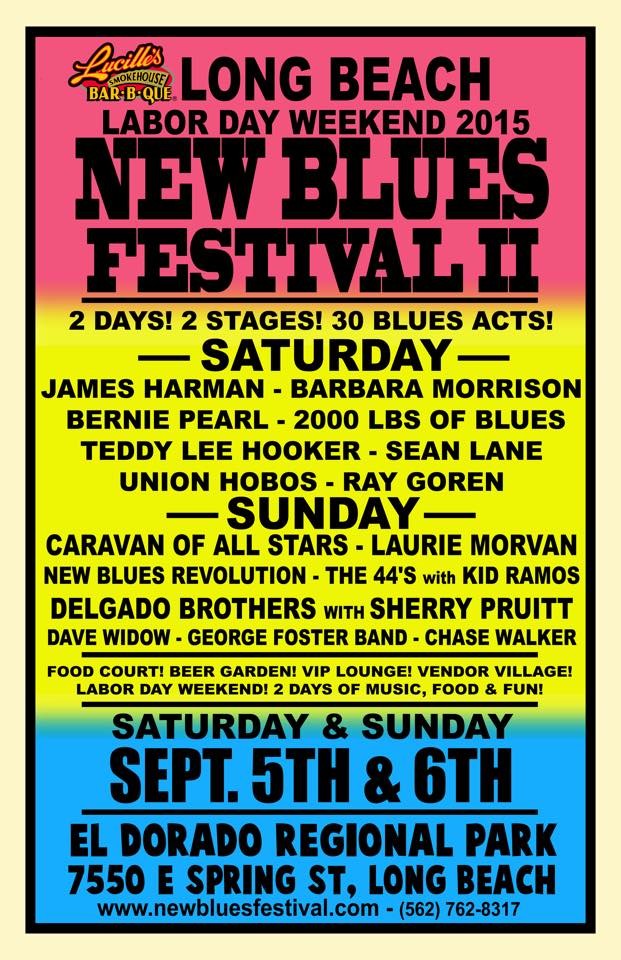 Ed is a native of Los Angeles who loves food and food cultures. Whether he's looking for the best ceviche in Colombia, the best poke in Hawaii, the best tequila in Jalisco or the best Taiwanese Beef Roll in Los Angeles, it's all good food! He also loves a good drink. He's had Mai Tais in Hawaii, Bourbon in Kentucky, Tequila in Mexico and Rum in Jamaica. His wine escapades have taken him to Napa, Sonoma, the Willamette Valley and the Santa Ynez Valley. And he's had beer all over the world! Music is another of Ed's passion, writing and interviewing many classic rock, rock and blues musicians. Getting the great stories of road experiences from them is a particular delight. Traveling also fits in with Ed's writing, exploring all over to find the most interesting places to visit, even in out of the way areas.
View all posts by Ed Simon →
This entry was posted in Events, Food, Interviews, Miscellanious, Music, Upcoming Events and tagged Barbara Morrison, blues festival, Ed Simon, long beach, New Blues Festival II. Bookmark the permalink.