Halsey at the Fonda – Photo Gallery 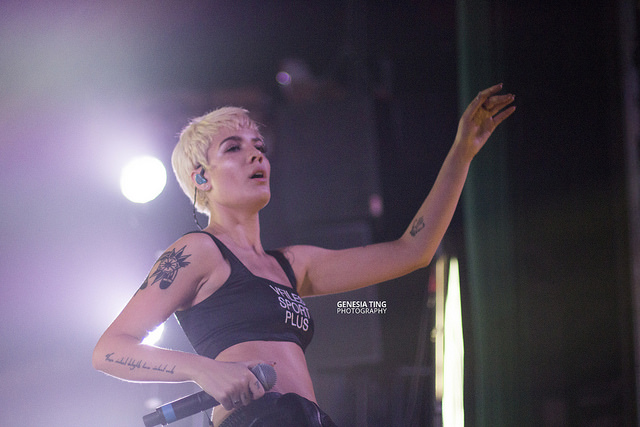 Halsey at the Fonda Theatre. Photo by Genesia Ting for the Los Angeles Beat.

Welcome to the Badlands.

With the first installment of Halsey’s #BadlandsTour over, it seems like the perfect time to recap the Los Angeles, Night One at the Fonda Theatre.  The show, which had sold out in the blink of an eye, was completely filled with multicolor-haired, enthusiastic fans.  Flor, an indiepop band, kicked off the show with a couple of their songs.  The intermission between Flor and Halsey had fans restless.

The setting – picture yourself: Several seconds before Halsey’s set.  The elevator-type venue music shuts off, the stage is set, and the lights are low.  Each fan hurries to take out her phone, struggling to get as close to the stage as possible.  Fifteen photographers, all strapped together in the photo pit waiting.  Harp-like sounds begin to play.  Fans emit deafening screams in anticipation.  The harp-like sounds are familiar to fans as the beginning of Halsey’s “Gasoline.”  Seemingly out in thin air, Halsey appears on stage!  “Welcome to the Badlands,” she says.  As Halsey powered through a multitude of songs, each fan belted out the lyrics along with her.

During an interlude, Halsey cuts in, “Guys I’ve been lying.  My past shows, I’ve always said that I’ve forgotten the lyrics to this song.  But the truth is, I just love hearing you guys sing it back to me.”  As if on command, all fans sing out in acapella.

Other fun highlights: the confetti canons went off three times – each time stocked with $100 fake bills with Halsey’s face on them.  Halsey also stood on the barricade while fans supported her arms and legs (not quite a crowd surf, but close enough!).  Some members of 5 Seconds of Summer were in attendance, as well as Brendon Urie (of Panic! at the Disco) and several other artists.

The high-energy performance by Halsey as well as the crowd participation was extremely exciting to witness.  Goodbye, Badlands.  Until next time. 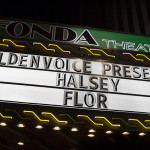 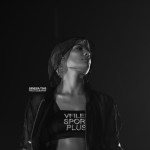 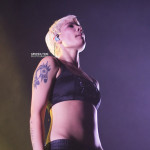 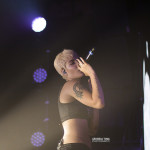 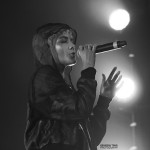 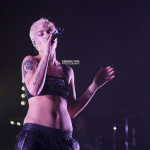 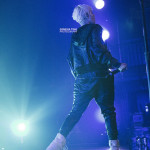 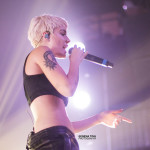 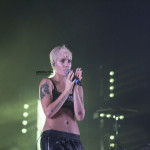 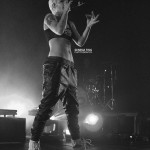 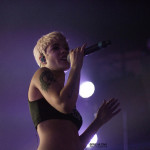 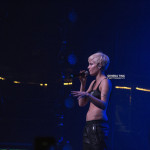 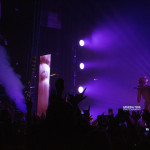 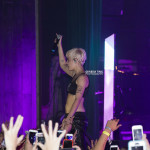 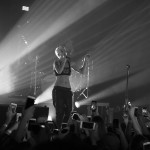 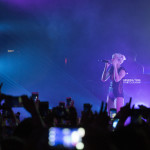 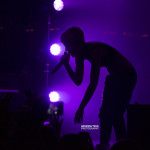 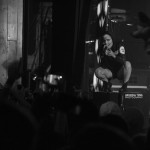 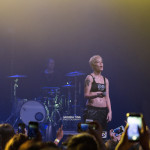 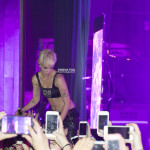 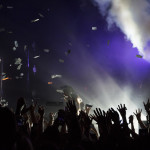 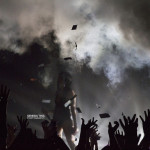 All photos are by Genesia Ting for the Los Angeles Beat. You can view more HD photos of Halsey and Flor here.