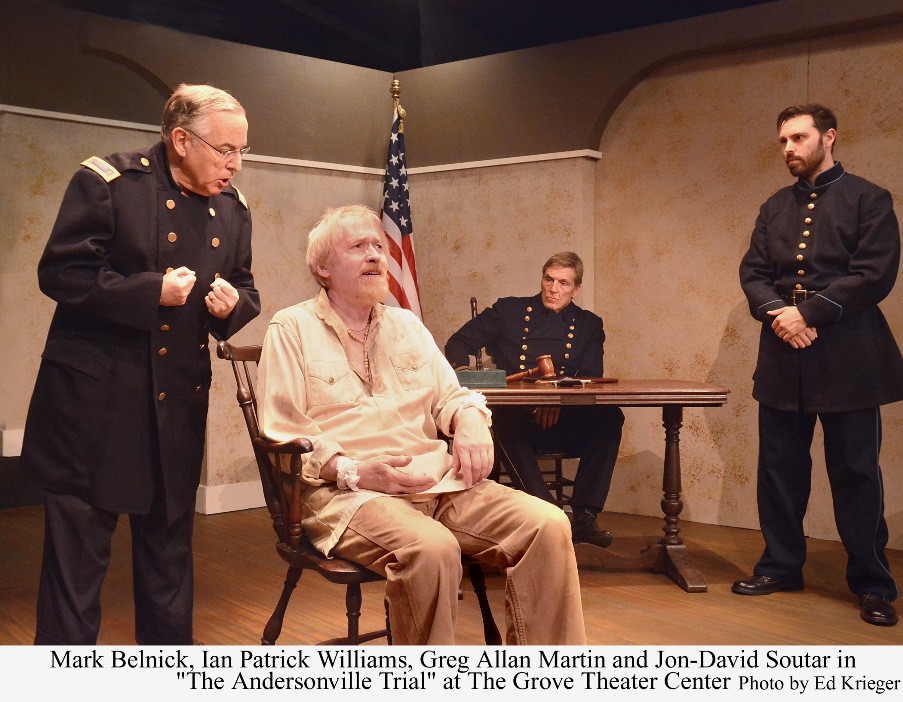 “As we entered the place, a spectacle met our eyes that almost froze our blood with horror, and made our hearts fail within us.” ~ Robert H. Kellogg, Union Army Sergeant Major in the 16th Regiment Connecticut Volunteers, Andersonville Prison, Georgia, April 1864.

Long before Guantanamo Bay, and almost a century before the likes of Auschwitz, there was Camp Sumter, the Andersonville Prisoner of War camp. If you’ve never heard the story of Andersonville’s infamous Civil War-era POW camp then it’s likely due to the fact that the story has been swept under the historical rug. The Civil War exposed Americans to the horrors of war on an epic scale, and the atrocities that took place at Andersonville, GA. shocked them in ways that would shape relations between the North and South with echoes in society to this very day.

The Andersonville Trial exposes the story of this infamous prison through the prosecution of Confederate Captain Henry Wirz, Commander of Andersonville Prison. Wirz was the only Confederate official to be tried for war crimes resulting from the Civil War. His treatment of the 45,000 Union POWs at Andersonville led to the death of nearly 13,000 men. Today the nature of these deaths continues to be a source of controversy among historians. 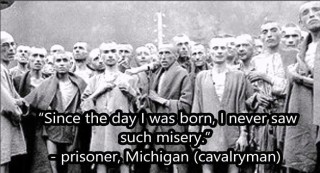 Andersonville’s aftermath begs the question: should a soldier make an inner judgment as to the orders he obeys, if those orders offend his humanity deeply enough? It’s an important and poignant question that, over 150 years later, we still need to ponder.

“The Andersonville Trial”, written by Saul Levitt, was first produced in the 1950s. Later, it was adapted for TV where it won both Peabody and EMMY Awards. This exciting new presentation by Wasatch Theatrical Ventures, directed by Gary Lee Reed (a direct descendent of the legendary Southern General Robert E. Lee) is now thrilling audiences at the Grove Theatre Center in Burbank.  It’s currently running at 8 pm on Fridays and Saturdays, 3 pm on Sundays, now through April 10, 2016.

This week, the Los Angeles Beat had the pleasure of sitting down with Mr. Reed, to discuss this thought-provoking theatrical production: 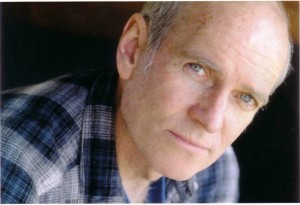 I was approached by a Racquel Lehrman at Theatre Planners. I read the play and immediately knew I wanted to be involved. I love historical pieces. In addition to the historical element, I am drawn to complex and conflicted characters. I also knew very little about Andersonville. I was deeply shocked at what I read. There is a clue in that last statement that will be a teaser for any readers coming to see the show. And I felt this was a story that needed to be told or revisited.

This play has also been adapted for television, to great success. In your opinion, did its television adaption result in its losing any measure of its dramatic impact? If yes, then in what way(s) did this occur?

Actually several people remember the movie and have come to see the play because of that. There are parts of the play that are handled like a cinematic production to enhance the dramatic impact of the piece. Plus, because it is a live play it is very different in the impact it can have on the audience. You can’t get up and get you a snack or put it on pause or fast-forward through difficult moments. A live play doesn’t let you off the hook.

In rehearsal, what has proven to be the greatest challenge(s) and reward(s) for you as the director of this play?

One of the greatest challenges of this piece is to create very real three-dimensional characters that you feel some empathy for. In many plays you have a protagonist and an antagonist. In this play no one is a hero. Everyone is guilty of something very horrible. And yet if you don’t feel for them in a positive sense, well, who wants to watch people you hate arguing? That’s been an incredible journey to take the actors on. That’s been the most rewarding thing for me. The discovery and the journey for the actors.

As a director, you have worked on both Broadway and regional theatre productions. Do you find that one particular venue has reaped the greatest amount of personal satisfaction for you? If yes, then in what way(s)?

Working at the Ahmanson for 11 weeks with the National Theatre of London in An Enemy of the People was life changing. Ibsen, Ian McKellen, Director Trevor Nunn, the Ahmanson. What I learned in that single production as an actor and director has probably shaped what I value about storytelling the most. Anytime I get to go to Sacramento and perform for Sacramento Music Circus reminds me of the magic of theatre. The West Side Story Production I did last summer will go down as one of my greatest experiences. But doing intimate 99 seat theatre is extremely rewarding. You feel immediately the impact you are having, and with this production I have made the audience part of the production, which just adds to the experience for everyone.

What important information about our history as Americans do you feel that this play has to offer its audiences?

The horrors of Andersonville have been swept under the rug for 150 years. Some of the images that are used in this production are from actual pictures taken in 1865 at Andersonville. The frightening thing is that they look like a German death camp pictures from WW2. I don’t think we want to admit that there was a time in our history that we were a part of something that horrible. There is a line from the play that says “Even the sight of a tattered Confederate blouse is enough to cause riots in the street.” And here we are 150 years later and the sight of a Confederate flag is enough to cause riots in the streets. Why are the wounds of Slavery and the Civil War still so fresh and opened?  Why have the scars never healed? Those are questions I hope we are asking the audience to think about as they watch the play and examine it, looking forward to the present. 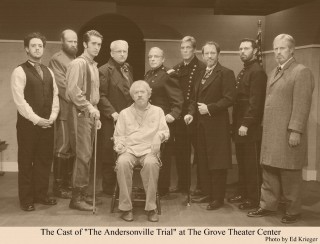 A native of Southern California, Shirley Peña began her career as a music journalist almost twenty years ago, writing for her websites "Stars In My Eyes: the Girlhowdy Website" and "La Raza Rock!" and progressed to creating various fan sites on Yahoo, including the first for New Zealand singer/songwriter Tim Finn. From there, she became a free agent, arranging online interviews for Yahoo fan clubs with various music artists (Andy White, John Crawford, Debora Iyall, John Easdale, etc.). She also lent her support in creating and moderating a number of Yahoo fan clubs for various music artists from the 1990s-today. As a music journalist, Shirley Peña has contributed to a number of magazines (both hard copy and online), among them: Goldmine, American Songwriter, Classic Drummer Magazine and UK-based Keyboard Player (where she was a principal journalist). A self-confessed "fanatic" of 1960s "British Invasion" bands, Classic Rock and nostalgic "Old Hollywood ", she also keeps her finger on the pulse of current trends in music, with a keen eye for up and coming artists of special merit. Shirley Peña loves Los Angeles, and is thrilled to join the writing staff of The Los Angeles Beat!
View all posts by Shirley Pena →
This entry was posted in Interviews, Photo Essays, Theater and tagged Andersonville, historic drama, the Civil War. Bookmark the permalink.