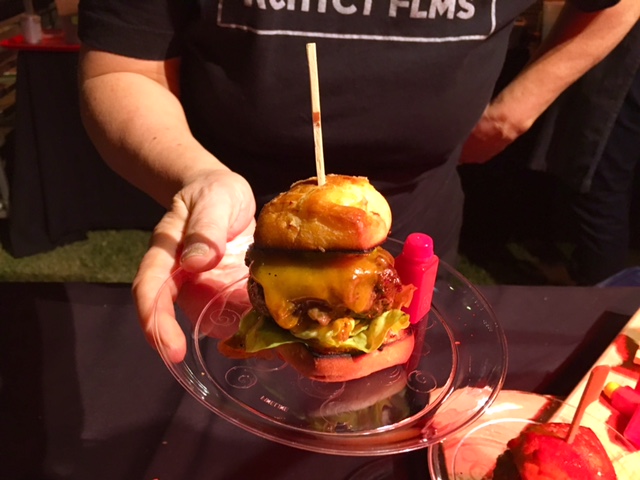 All Photos by Billy Bennight for The Los Angeles Beat

I entered the The Victorian last Wednesday to view a large open area to the side of the building where some of the best restaurants in the Los Angeles area were represented. Contestants in the burger contest included Simmzy’s, Cannibal, E.R.B., Malibu Cafe, Jitlada, Fig Restaurant, “The Tuck Room Tavern.” and BOA. They had all come together to celebrate the foundation of American cuisine in an attempt to deliver the best hamburger in Los Angeles.

The burgers were paired with 5 different brands of bourbon (Bulleit, Buffalo Trance, Four Roses, Michter’s and Whistle Pig), 4 different beers (Golden Road, 329 Lager, Golden Road  Hefeweizen, Get Up Offa That Brown and Wolf Pup), plus the tasty option of ice cream and milkshakes from Salt & Straw, which I had became familiar with earlier this year at The Los Angeles Film Festival.

All the burgers were exceptional, with options running from the basic burger to elaborate, complicated and innovative approaches.  “The Tuck Room Tavern” had the pitch with the slogan, “It’s all about the meat and then you add the heat!” with their burger, which includes bone marrow in a meat blend. Jitlada delivered a tasty version as a lettuce wrap that was hot as hell and delicious, but the winner of the competition was Cannibal with their dry aged burger, and for good cause. The Cannibal burger was hardy, with a satisfying flavor that is hard to match. Since this was the inaugural “Burgers, Bourbon and Beer,” keep your eyes peeled for next year’s competition for the chance to feast on the best LA burgers along with the opportunity to decide on the best burger in Los Angeles! 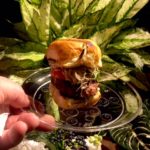 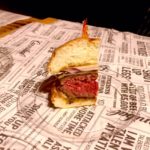 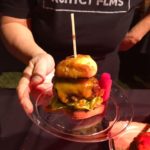 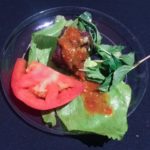 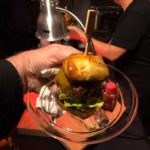 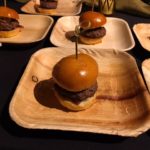 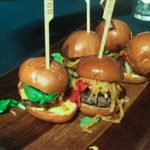 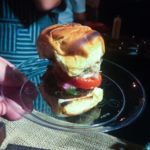 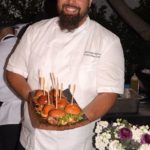 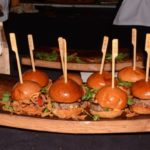 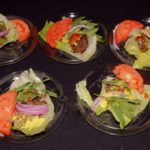 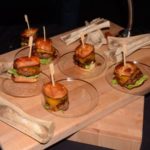 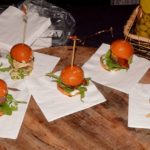 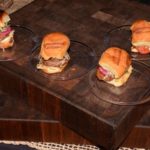 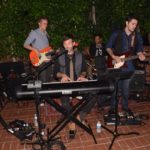 Billy Bennight is a writer, photographer and wardrobe stylist with expertise and years of experience in these disciplines. His musical youth started as a Punk Rocker and has expanded into exploring many genres of music, with an keen interest in art, fashion, photography and writing. He shoots celebrity events and red carpets for The Photo Access and ZUMA Press. He is a member of the Los Angeles Art Association. His images have been published in The Los Angeles Times, People Magazine, Wall Street Journal and Vanity Fair. He's very engaged in life. You can follow him on his Facebook page at: www.facebook.com/billybennightartist and on Instagram and Twitter @billybennight
View all posts by Billy Bennight →
This entry was posted in Events, Food, Photo Essays, Videos and tagged Best Burger, Billy Bennight, burger, competition, Food Porn, Foodie, Los Angeles magazine, The Victorian. Bookmark the permalink.