Posted on September 5, 2016 by Billy Bennight 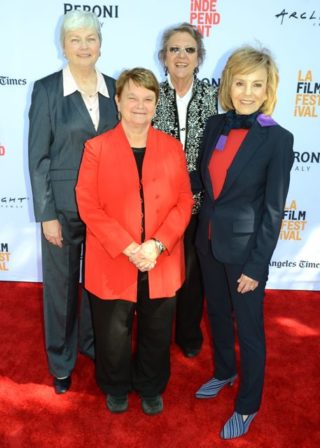 Sheila Kuehl, a child actress and one time regular as Zelda on Dobie Gillis, finds her political footing in California’s political theater as the first openly gay state Senator. “Political Animals” is the story of four openly gay elected state politicians, who all happen to be women: Sheila Kuehl, Jackie Goldberg, Christine Kehoe and Carole Migden. Sheila Kuehl is the spear tip of this movement representing LGBT rights with breakthrough legislation she and her colleges passed that transforms California and the nation for people of those communities.

Directors Jonah Markowitz and Tracy Wares took the available footage from these women’s service as legislators to build a narrative interlocked with interviews populated with their individual background stories, building and defining their characters to combine their own appraisals and anecdotes of their failures and successes, as they push on to both small and large victories for the LBGT communities.

The success of this documentary is how it reveals these ladies are relatable and real as human beings. Their struggle is similar to anyone who has been misunderstood and fights back, as any outsiders can find common ground, and that we as humans can find commonality in love, acceptance and understanding. Every one of these women is engaging and has very interesting stories that have brought them to this point to represent powerfully their point of view and the passion of their advocacy.

Ultimately, the whole story revolves around the strategies used to bring socio/religious objections and conflicts to rest. Their fight addresses LBGT issues voted on to win approval in the state of California’s house. Part of these moments are shown in real time, as votes are cast, to slim and dramatic victories. Once these critical elements of the movie are addressed with the expansion of gay rights: that include the rights of marriage and inheritance, “Political Animals” moves to its close.  Sheila Kuehl,  Jackie Goldberg, Christine Kehoe and Carole Migden each have their moment of where are they now, offering closure and a sense of mission accomplished to the story line chronicling in detail a seminal point in California’s legislative history.

Directors Jonah Markowitz and Tracy Wares put together an engaging and factual accounting of a watershed moment in California and a pivotal piece for the advancements of LBGT rights nationwide. The intriguing woman in this doc offer a human face to these issues needed to create commonality among us all. “Political Animals” was the LA Film Festival winner for both the “Audience Award for Best Documentary” and “Jury Award for Best Documentary.” It’s a must see for anyone interested in seeing how smart and resourceful people can overcome adversity and stereotypes to redefine their culture. 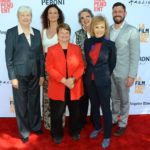 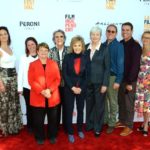 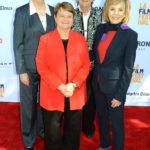 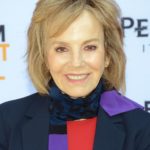 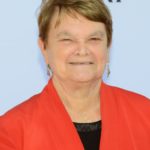 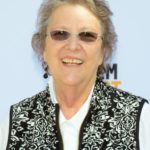 Billy Bennight is a writer, photographer and wardrobe stylist with expertise and years of experience in these disciplines. His musical youth started as a Punk Rocker and has expanded into exploring many genres of music, with an keen interest in art, fashion, photography and writing. He shoots celebrity events and red carpets for The Photo Access and ZUMA Press. He is a member of the Los Angeles Art Association. His images have been published in The Los Angeles Times, People Magazine, Wall Street Journal and Vanity Fair. He's very engaged in life. You can follow him on his Facebook page at: www.facebook.com/billybennightartist and on Instagram and Twitter @billybennight
View all posts by Billy Bennight →
This entry was posted in Movies and tagged Award Winner, Billy Bennight, civil rights, Fil, Film Independent, human rights, IFC, LBGT, LBGTQ, Movie. Bookmark the permalink.